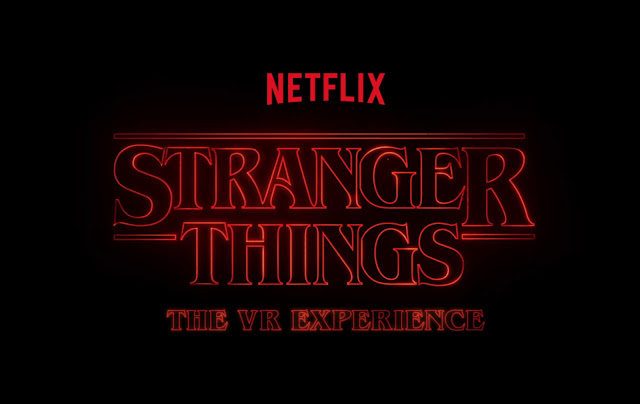 Before starting out on this review it has to be noted that Stranger Things: The VR Experience is completely free and so I find it hard to be too critical. The bigger question becomes; is it worth your time? With that I would say yes, though only because it is so short at around three minutes long.

The experience takes place within the time frame of the first season of hit show Stranger Things. You play as a person unknown who is at Will Byers house that has been decked out with the iconic Christmas lights. While in the house you get a phone call from a familiar voice warning you about the Demogorgon...

Even for an experience this is pretty bare bones, I would say my favourite thing about this is the title screen that has the theme tune playing and titles nicely decked out in glowing red. You play the game using the Playstation Move controllers, one acts as a flashlight, while the other grants you minimum interactivity. You can turn on the spot but you cannot move until set times have passed, in total you get to warp to two different places in the house, and answer a telephone, that's it as far as gameplay goes. 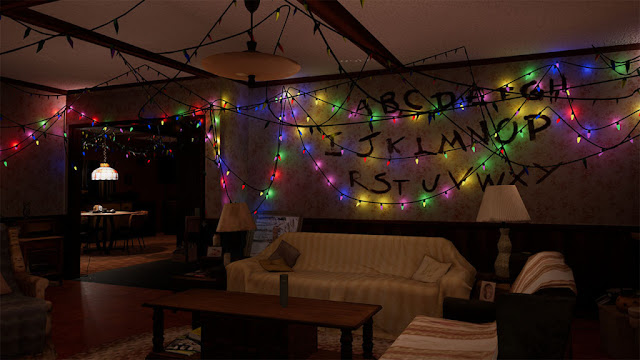 If you have PSVR then there is literally no point in not giving this a go, it's cool that it is free, but then it would be criminal to charge money for this. As a test bed for a VR game set in the shows universe it demonstrates possible potential, with much better graphics and more movement a game such as this could be fun, as for this experience itself though it is unfortunate that the best thing about this is the title screen.

Posted by Daniel Simmonds at 09:18