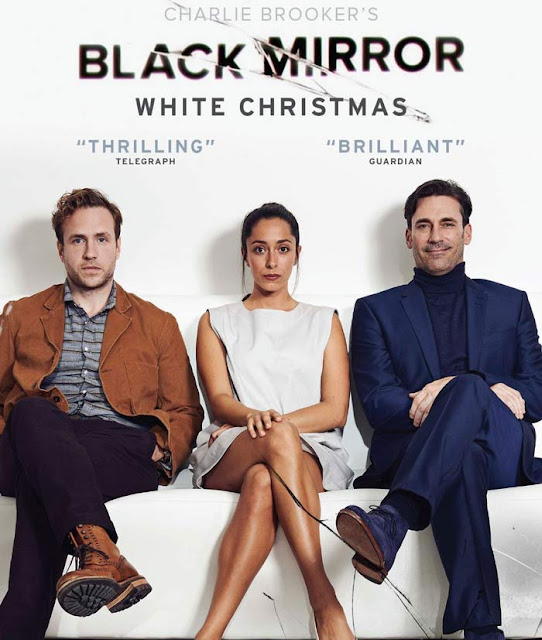 Some people have put White Christmas in with season 2 of Black Mirror but it was actually fittingly a one off Christmas special. Sure in the world of this show that means there is no cheer to be found at all, instead we get an anthology of three interconnected stories that all take place over the festive season.

Matt (Jon Hamm) has been isolated at a remote arctic outpost with Potter (Rafe Spall) for the unspecified job they both do. Despite having worked together for over five years they never normally talk to each other, but as it is Christmas Matt forces the issue and they sit down to talk about what led them to getting such remote jobs. Matt talks about a shady dating advice service he used to run that went wrong, then he talks about his previous job as an A.I integrator. This leads to Potter and his traumatic story of how his ex girlfriend 'blocked' him and the repercussions of that. 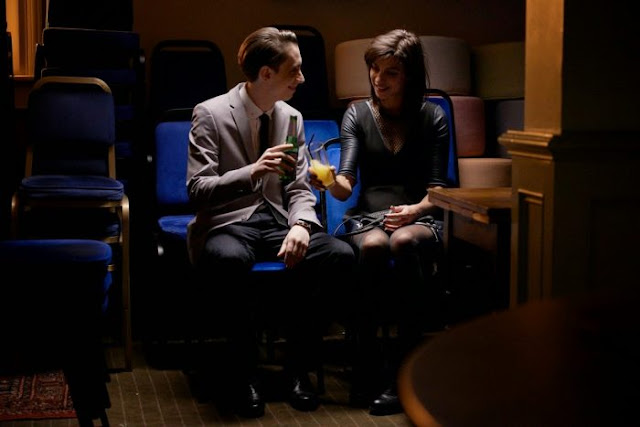 Usually Black Mirror is pretty harrowing, so to have the stories all take place in the past meant I didn't feel much worry for the main two characters as obviously they survive seemingly all right (sure this turns out not to be the case but I didn't know that at the time!). As always it was more the use of technology that really made me think, there was some interesting things here, but also some which felt a bit too outlandish and so hard to take seriously. This episode takes place in a world where everyone has implants, like Google Glass but inserted into the brain. As such people can be 'blocked' which results in them being greyed out and their voice made unintelligible to whoever blocked them. The exploration of the uses of this made me think quite a bit even if it then set up a twist that became very obvious. Thankfully that was only one of many twists, some which were less obvious, and some that were handled better.

Maybe it is due to four stories being told (including the wrap-around) but there seemed to be less budget here than usual, the A.I story in particular looked a bit silly. With this story I just couldn't get on board with the idea of A.I that has the exact memories of the person they are based on. It seemed a bit too futuristic and unbelievable even for Black Mirror. If I hadn't seen all this before in the video game Soma I think it would have impressed me more, but as I had it didn't feel like anything too fresh to me. Of the three stories it is Potter's that takes the most screen time which is a shame as it was the least entertaining of them all, the 'blocker' function comes into its own here but the story seemed longer than it really needed to be. 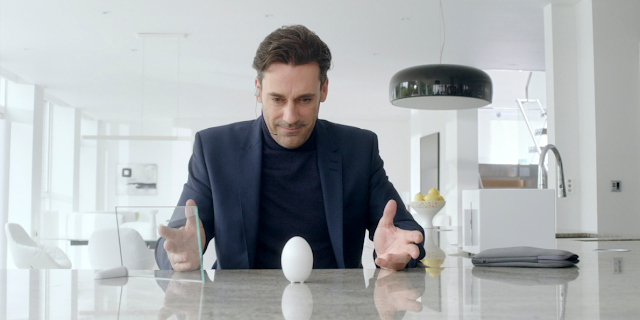 With the anthology aspect this gave the episode some flavour to it, but the stories themselves were not the best Black Mirror has offered. If anything White Christmas one stood out due to the crazy number of references to a load of previous episodes. As a whole though this was solid if a little bit predictable.

Posted by Daniel Simmonds at 09:48