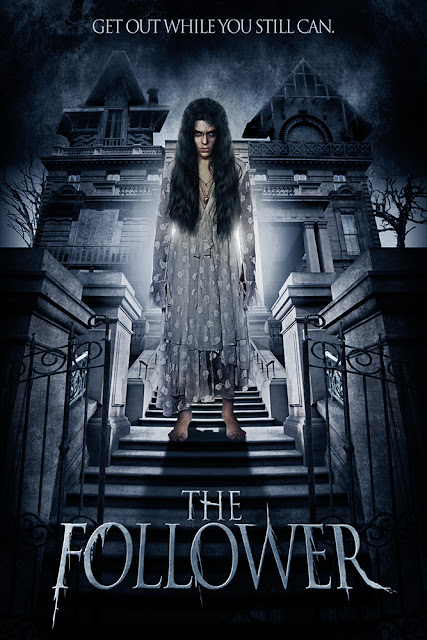 The Follower is another entry into the very crowded found footage genre, this time around though it is a French offering which does give it a different feel. This is actually only the third French horror I have ever seen after awesome 1978 zombie film Les Raisins de la Mort (The Grapes of Death) and 2006 home invasion terror Ils (Them). Unlike those though this one directed by Kévin Mendiboure (who also came up with the original idea that was then wrote by Vincent Darkman) uses English which for better or for worse leaves a lasting impression.

YouTube style internet personality David Baker (Nicholas Shake) is known by his fans for his investigations into the paranormal. He is invited by an eccentric lonely woman named Carol (Chloé Dumas) to stay at her remote woodland house for a few days as she says the place is haunted. After a few days at the mansion David becomes more and more convinced that the only thing wrong with the place is Carol herself who seems to have mental health issues, and so he plans to leave. However it starts to seem like there may be more to her claims than David first suspects... 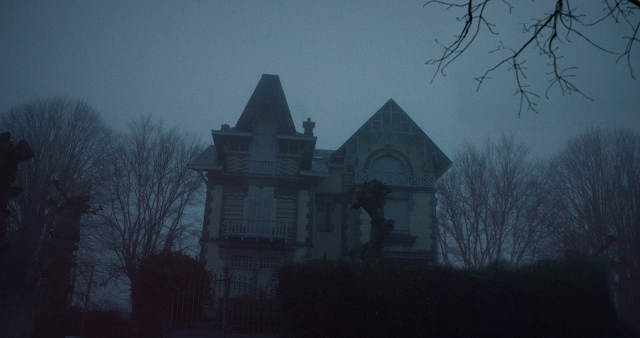 I was ready to dismiss this right away as it starts with a kind of cool, but also pretty lame title card sequence that uses cheesy dubstep. Brilliantly though this intro turns out to actually be for David's online channel. With him you get a lead who comes across as a bit of an idiot, someone who has gotten so used to making videos for his fans that he has got an inflated opinion of himself. Because of this he is always fun to watch, he has a way of over acting that I put down to him playing everything up for the cameras. He is constantly filming, even when in dangerous situations he is constantly talking to the camera. From real world experiences of YouTube stars this seems par for the course and so adds a layer of believability to why he never stops filming, such as when he is spying on Carol getting ready for a shower, and when he has a female friend visit his house. He is a sleaze in some ways but I was impressed that his character remains professional and repeatedly turns down the beautiful Carol's advances. Things like this helped balance out his character and so made me as a viewer actually like him more than wish him harm.

This reason for the acting does fall apart a little bit when every single character who turns up in The Follower are also completely over the top in the way they pronounce words. I put it down to French actors speaking in a language which isn't native to them but it did give the movie a feeling similar to what I got watching Tommy Wiseau in his cult film The Room. I felt some scenes were meant to be serious but were made almost comical because of the acting, my favourite being when David accidentally runs over an animal and groans "Oh great, now I'm a fox killer"! Again with Carol you could explain her dramatic performance due to her being a bit crazy, but when David's friends and even a local shop keeper act this way it does make the film seem a bit unrealistic. In terms of the physical acting though there is nothing wrong at all there, it's only in the vocal delivery. 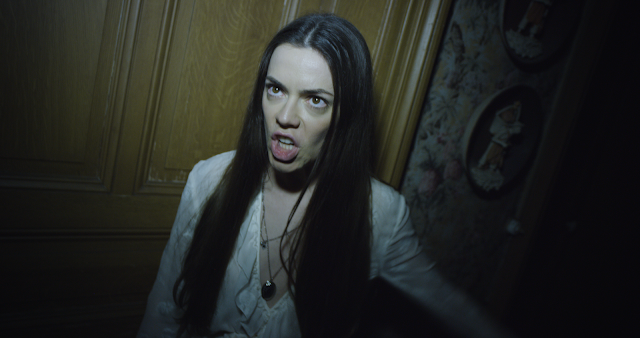 Unlike The Room though The Follower does work at what it set out to be. Firstly the mansion looks great, it is obviously an actual old mansion (that in real life is purported to be haunted) and is full of creepy portraits and furniture that add a lot of atmosphere. David's night time walks about this place made me feel like I was watching a live action adaptation of the video game Resident Evil 7: Biohazard which was not a bad thing at all. I loved this location so much that when at the halfway mark the house is left I felt a bit saddened, needless to say it comes back later and is worth the wait. Tropes of the found footage genre are used here, but they were more passable and even had narrative reasons for existing. The much hated camera glitches appear, yet I loved how this adds to the film. Whenever supposedly legitimate paranormal events happen there is an over abundance of camera glitches and static that irritated at first. Doors opening, chairs moving of their own accord and shadowy figures caught on camera are always accompanied by lots of distorted footage. When David watches these scenes though when editing all he sees are camera malfunctions and so doesn't get the warning that the viewers have.

The Follower also has in its favour that it is very slickly produced, the camera quality throughout is very good in quality, even night scenes are well lit, and the editing is constantly good. The cinematography is stunning at times, though it helps that such a photogenic location was chosen. I also thought the plot wasn't bad, the initial idea of a ghostly presence haunting a location with thoughts of menace turns out to be a little bit of a red herring, with a ghostly force latching onto David, and then a late twist that leads to something different entirely. In terms of the back story and plot there are some nice moments, such as the constant warning that is giving to never disturb Carol's grandmother's room. By the end there is a tense finale that had me literally pausing the movie every few seconds to whisper-shout at David to be quiet and just run away! 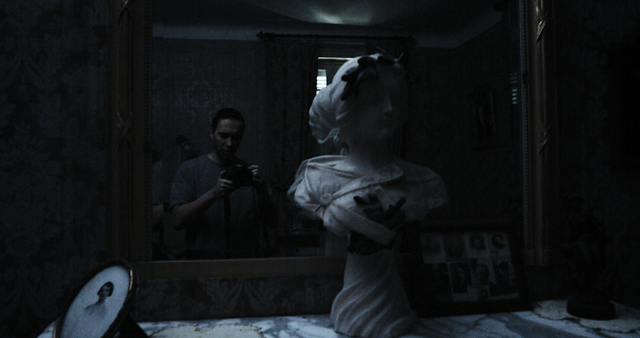 While the strange delivery of much of the lines throughout stops The Follower from being legitimately scary it did help to make it more entertaining. I got invested enough in the characters that I cared for them and left satisfied despite a sometimes by the numbers story. It seems easy to make a cheap and shoddy looking found footage horror and claim authenticity, but sometimes making more effort to create something that is actually nice to look at works wonders. The Follower was released on VOD platforms October 31st thanks to Terror Films.