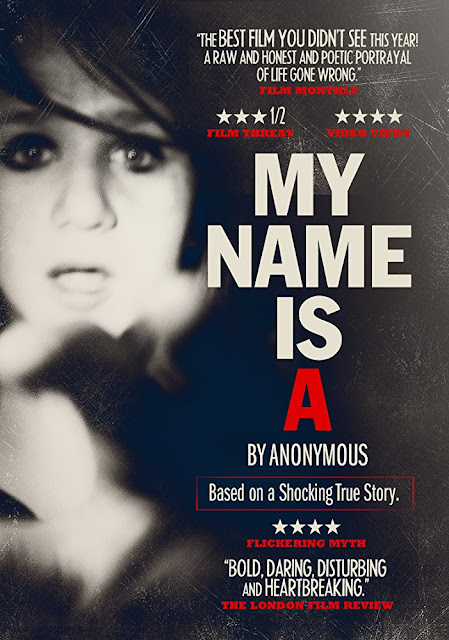 My Name is 'A' by Anonymous is an arthouse horror written and directed by Shane Ryan (American Virus, Oni-gokko). When it comes to these type of films I find they are a bit hit and miss for my taste buds, sometimes they resonate, sometimes they repel. With this movie it fell more into the later half, that is not to say I don't appreciate what was being done here, or the yearning for realism, it's just that the more arty this became the more I was put off.

Apparently inspired by true events this shows the days leading up to the death of a young girl in a small American town. We follow a few different people; Alyssa (Katie Marsh) and her best friend The Sidekick (Demi Baumann) are two immature young teens with a fixation on death. Then there is The Performer (Teona Dolnikova) who is a teenage artist with aspirations of a singing career, but who is plagued with depression. Finally there is The Angst (Alex Damiano) whose sexual abuse at the hands of her father have led her into feeling hatred for the world. 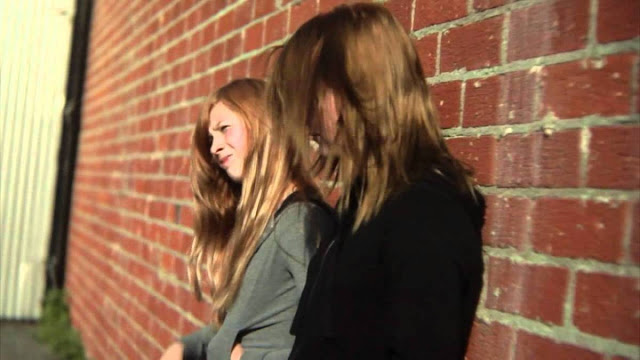 I liked the three act structure, each act roughly split into half an hour means this was split up neatly. with each act taking place on a different day. The first day serves as an introduction to our tortured souls. All the characters see no hope or future in the world and are mostly nihilistic in their thoughts. The middle chapter is a ramping up in terms of self destruction. The four main characters are all self harmers and there is a montage of them all cutting themselves, as well as the revelation that at least one of the girls is being abused by a family member. It is here that flash forwards to the murder are shown in meaningful ways. The final act sees My Name go into its most arthouse style with long shots of characters in silence with music playing over the top and filters put over the footage and increasingly scenes shown out of order.

In terms of realism this works well if only there isn't really any sort of plot going on. The film is done as found footage, not in terms of the characters filming themselves (though all of the characters are indeed constantly filming their actions). More that the camera is bobbing up and down constantly giving the film a raw feel, like the cameraman is just another silent character. Initially I thought some of the acting wasn't that great, but as this went on I became to feel more and more like these characters were fleshed out greater than it first appeared, they interact naturally with each other. They are all full of teenage angst and so feel like teenagers in the dramatic nonsense they speak about (such as The Angst shouting at God in one scene). 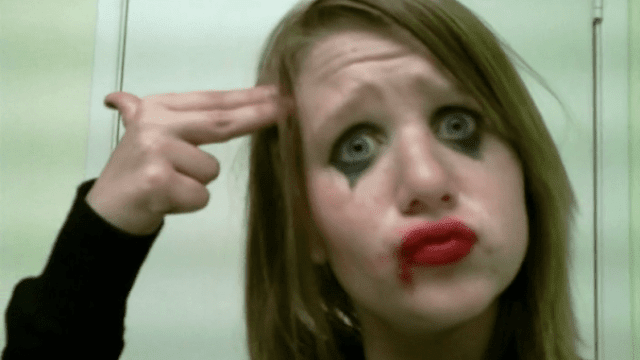 What was interesting is that due to the abstract nature of this there is some evidence to suggest these four are actually all the same character. The majority of the film these characters stories have nothing to do with each other, it is only at the end they are suddenly all together. The fact that they all self harm, they wear similar over the top make-up at times, they all do the silly fingers as a gun thing and they visit the same locations could suggest they are the same. This comes more prevalent later on when all four are shown holding the same shovel in different scenes, while the same thing occurs but with characters sometimes not together and sometimes together. This notion to me at least was the most interesting part of this, I do like it when the answers are not spelled out for the viewer. What I didn't think was as good is that there is no explanation for why the murder takes place, the flash forwards mostly remain just that until the act is shown to be vastly different to what had been suggested. There was an intentional disconnect for the time leading up to the act to what caused it to occur but left me a bit disappointed.

While the realism and the raw feel were effective in showing a slice of life into these dead teens it also couldn't help but make me become increasingly bored at the non events that were going on. I admit I had to go off and do something else for a little bit after the end of the second act as the thought of half an hour more of meandering nothing filled me with a quiet dread. The special effects were well used, the self harm scenes looked realistic to me with the blood being the dark red you would expect. Elsewhere the music was mostly pretty great at creating atmosphere, a few of the songs used grated on me a bit, I never really liked the sinister version of children's music that were used at several points. 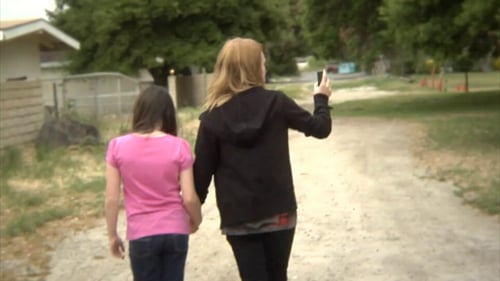 My Name is 'A' by Anonymous is a film that personally I didn't enjoy too much, as I said the genre is just not to my tastes. However that aside there was some interesting ideas here, and the feel of following everyday teens trying to make sense of a dark world came across well. It is a hard film to recommend though so I guess you will know yourselves if this is something that would be worth watching for you.