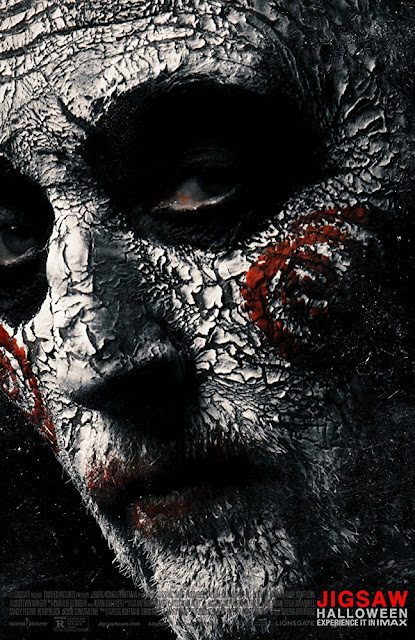 The first Saw film is a classic of it's type, I still state that to this day, I hadn't seen anything quite like it and that twist; boy was that twist cool! I enjoyed Saw II but already I could see cracks starting to show in just where the films could go. I ducked out of the next three films in the series coming back for Saw VI and was not impressed with what I found; a ridiculous and convoluted story that featured multiple protegees of the allegedly dead original Jigsaw killer John Kramer (Tobin Bell). While I enjoyed the actual torture game part everything around it was very confusing to me. Finally was Saw 3D (Saw: The Final Chapter) that purported to be the death of the franchise but ended unsatisfactorily. So hearing it was returning with a new name I admit to being interested to see where things would go now. This movie needed to be a shot in the arm and bring it with it new ideas, and a new attitude, but while I did enjoy Jigsaw it really is just more of the same.

The convoluted storyline is all but thrown out, to be honest I'm not sure if this is a semi re-boot or a continuation. So John Kramer the notorious Jigsaw killer has been dead for 10 years, but it seems a new game is being played. Five strangers awaken in a converted barn where they are forced to partake in a series of brutal and deadly games due to past sins they had been hiding. Meanwhile bodies start turning up all over the city, they appear to be the work of a copycat killer as far as Detective Halloran (Callum Keith Rennie) and Detective Keith Hunt (Cle Bennett) are concerned, but medical coroner Logan Nelson's (Matt Passmore) studies of the deceased seem to turn up more and more conclusive evidence that John Kramer is somehow (and inexplicably) still alive... 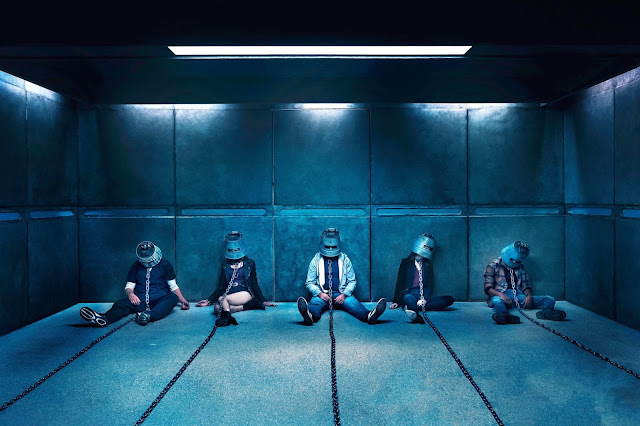 One thing I have always liked about the Saw franchise is how the stories always have clever beats to them, nothing is ever quite as it seems and so it was fun to see that is again the case here. At times I wasn't sure if this was a prequel or a sequel to the other films in that Kramer's origins are explored once again in a way, yet obviously takes place 10 years after he died. The reveal was as always neat and unexpected though I kind of figured a little bit of it out even if my calculations were a bit off. Like the others I have seen it was the game itself that was the more interesting part. I remember the series being very wince inducing but here it seems a lot more neutral when it comes to showing scenes of tortures, the camera never greedily focuses on the torture aspect but really doesn't shy away from showing some fantastic looking effects for the dead. There are some awesome looking corpses here and the camera never attempts to hide these away. An early one of someone whose head was sliced in half vertically looked great, later someone is turned into mincemeat, another person has their head opened up like a melon. The five victims were not an interesting bunch, sure they all had secrets to tell but when a few of these victims all turn out to have wronged Kramer at some point in the past I had to roll my eyes a bit. It is farcical how many people in that guy's life caused him legitimate pain and suffering, seemingly every single person he ever interacted with in his whole existence at some point did some evil act such as kill his dog, burn down his mailbox, or cut him up in traffic! The list is freaking endless and done to death.

The other half of the film is the investigation into if the apparent Jigsaw killer is Kramer or someone new. This is where the films tries to get bogged down in giving us a new list of suspects. Could it be Nelson's assistant who was secretly obsessed with Jigsaw? Could it be Halloran who appears to have purposely shot a perp who had information about this new killer? Could it even be Nelson himself who was never the same after being kidnapped and tortured for many months while on tour in Iraq? I admit it was fun discovering just who the killer was but this side of the film was pretty silly at times. Especially towards the end when our heroes decide to head to where the game seems to be being played without informing anyone. The script in general is pretty average with the usual mishmash of dodgy people, and the unwise inclusion to have a comedy character of sorts (one of the five strangers in the game). Saying that I did like the more basic aesthetic of the traps, everything seemed more jury rigged than the slick professional kill houses which gave this movie in that respect at least a differentiation.

My problem with Jigsaw isn't that it wasn't an entertaining film, it was, I enjoyed watching it. No, my problem was that it wasn't a reinvention at all, but rather just another copy of what had come before. Aside from the title there really wasn't anything here to set it apart from what came previously, this was disappointing to me. Setting itself up for more films to come also made me roll my eyes a bit, I foolishly hoped this would be a one off, but it seems stage two of the endless torture porn series is due to start. Saying that I really did have fun, and as much as I have complained I will be going to see the next in the series. If you like the sure films you will like this for Saw, ignore my rating and go see this,  but if you never thought they were any good this won't do anything to change your opinion.