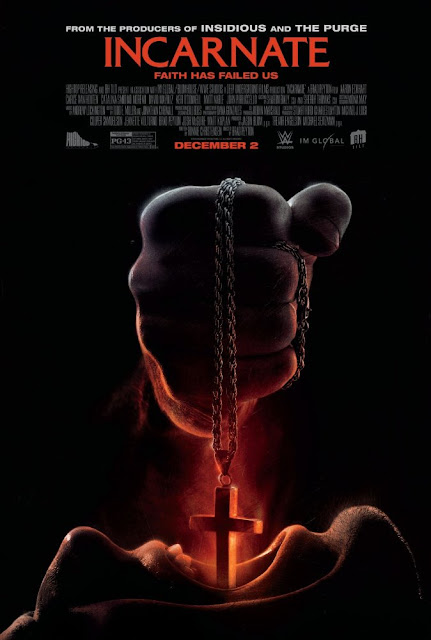 On paper Brad Peyton (Rampage) directed horror Incarnate sounds like it could be fun, the basic idea behind it is Inception crossed with The Exorcist. Personally I have a bit of a soft spot for demonic possession films, I like the battle of wits that goes on, here with that battle changed into dream world action pieces it was all so unsatisfying.

Aaron Eckhart (I, Frankenstein) stars as controversial Dr. Ember; a psychologist who has the gift of being able to enter the minds of those possessed by evil entities in order to 'evict' the dark force from the hosts body. Upon learning that a young boy named Cameron (David Mazouz from Gotham) has been possessed by the same demon responsible for not only crippling him, but killing his wife and child years previously he is determined to put a stop to the creature once and for all. 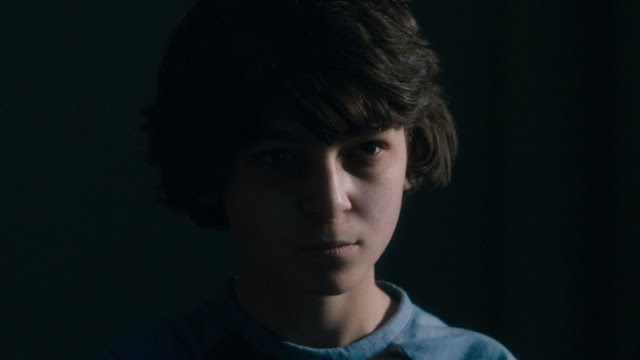 From the very start I got a feeling this wasn't going to be anything special and I was sad to see that was the case. In general the whole notion of being able to enter someone's mind seemed so ridiculous. This was a complete copy of the Inception idea with there even being the notion of 'totem' type items that can make the sleeper aware they are in a dream, and the whole throwing yourself out a window aspect. Unlike that though most this film takes place in the real world, you get the introduction that displays Dr. Ember's dream powers, then it is just a couple more times this occurs. A shame really as these dream sequences show Incarnate at its most interesting with the world getting affected by the sleepers consciousness such as summoning doorways and revealing the demon for what it actually is. The other part of the movie is mild investigation coupled with ever so slightly more traditional exorcism scenes that make a point of not being associated with any religion, though it can't resist ending on a homage to one of the more famous possession films out there.

Most the cast are completely forgettable with a host of characters who all seemed interchangeable at best. Dr. Ember's helpers for example are generic rocker type characters, Riley in particular just irritated in the trying too hard to be cool clothes the character was fitted out with. It doesn't help that Eckhart steals the show with his portrayal of a wheelchair bound obsessive, not that he is memorable here, just he stood out more. Mazouz is perhaps the best character here, I loved his portrayal of a demon possessed boy even if he doesn't get to do much more than sit cross legged for most the film. 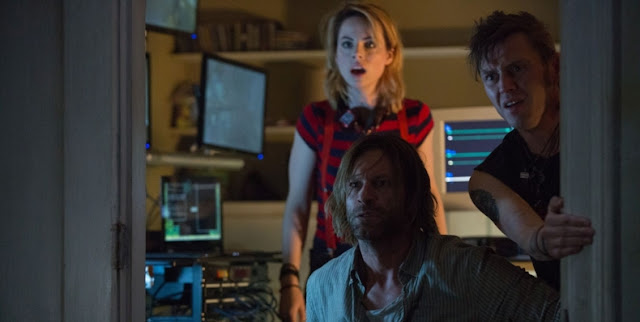 The plot moves along at a predictable pace, we get flashbacks to show why Ember is the way he is, we get moments of sterile dramatic tension, and unexciting twists. There is an unneeded sub plot involving Ember's former teacher keeping a demon locked up in a sealed room that ends predictably (but does look cool). The music isn't bad at least and fits the tone of the movie, and the special effects are pretty cool with a grim looking arm snap, and some nice blood effects. As a whole Incarnate just feels so safe, there is nothing done to attempt to show originality, there is no attempt to make any of the characters feel at all realistic, it all glides on by without leaving a lasting impression at all, less than an hour since I finished watching this and already it has quickly fading from my mind.

There are a couple of good moments here, a few good shots and a few good special effects, but more than anything it is the bland and obvious script that lets this down. This never appears to be anything more than a brain dead film, I find immersion is key for really enjoying a movie, here there was no immersion at all and no horror either. The best I can say is at least Incarnate went by quickly and remained relatively pretty as it did so.

Posted by Daniel Simmonds at 03:41