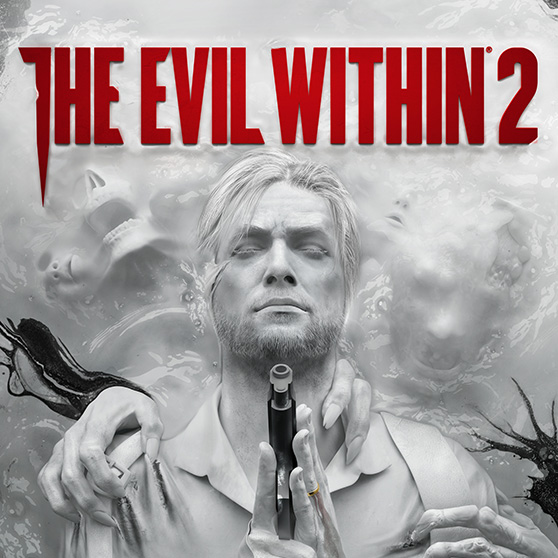 The first The Evil Within game was much maligned, mainly in that it didn't seem to have an entire identity of its own, instead it was content to grab elements from many games (notably Resident Evil and Silent Hill) and splice them together in a way that wasn't always satisfying. Indeed I felt very disappointed at the time, yet a second playthrough last month made me come to appreciate that a little bit more. With The Evil Within 2 promising to fix many of the issues the fan base had first time around would it be something better, or merely something different?

Three years after the event of the first game (in which detective Sebastian Castellanos got pulled into a monster filled hive mind dream machine named STEM) Sebastian's life is in ruins. Chucked off the force after his account of what happened to him was put down to mental stress, and with the shadowy Mobius group responsible for the event nowhere to be found he spends his days drinking his sorrows in seedy bars. Then Mobius member Julie Kidman appears, she tells Seb that not only is the daughter he believed perished in a fire five years previously still alive (Lily), but that she has been used as a key component in a second STEM machine. This machine had been used to simulate a sleepy American town but something went wrong and Lily went missing, Mobius want Seb to go into it to retrieve her for them. It soon becomes very apparent that things have gone south, with the participants in the STEM program having mostly transformed into murderous monsters, and so the former detective finds himself once more fighting through a nightmare world... 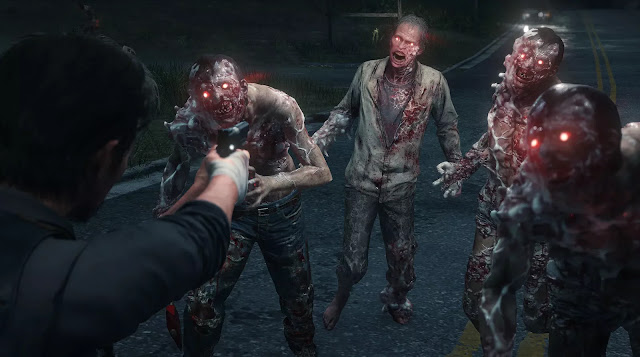 One of my early complaints with the first game is how the various areas didn't fit together well at all, there was an inconsistency to where you would travel. It seems the developers have listened as now the world is much more focused, and far more bland as a result. I only really appreciated how cool the seemingly random locations when I replayed the game last month, here there is far less of that. The majority of the game takes place in the artificial town of Union that has fallen somewhat into a state of disrepair. It is laid out as you would expect a town to be, having industrial and business districts among it's streets. These streets make a big departure for the series as it becomes semi-open world. Think Silent Hill in fact as much like that series streets are closed off by huge holes in the ground. Silent Hill was the biggest vibe throughout The Evil Within 2 for me this time around, especially Silent Hill: Downpour due to the amount of side quests you get to do. I loved these open world areas, made better that a large proportion of the buildings you find are fully explorable, and reveal secrets in the form of new weapons and XP, as well as giving you hidden side story, cutscenes, and literature that is all completely optional. There are roughly three such areas in the game, each of them a lot of fun to explore. There is also a weird underground facility area named 'The Marrow' that links up these disparate areas, I actually loved exploring this maze like place, especially in one really awesome scene that saw the viewpoint change to first person as you crept through a dank sewer! The core problem of having locations more realistic is that they lose some of the insanity that came before, it is only really towards the end when you get areas that reminded me of the best of the first game.

I liked how essential the side quests were even if a lot of them equate to just searching out the corpses of Mobius soldiers. With the influences again, I couldn't but help be reminded of Resident Evil 3 with Mobius replacing the Umbrella mercenaries of that game. A lot of the characters you interact with are staff members who initially went missing while investigating Lily's disappearance. These characters are responsibly handled giving the story a lot of weight, I loved how some of these side plots got resolved, you even get to speak to them with multiple choice questions in Resident Evil style 'safe' rooms. It is here where you also can travel to Sebastian's own safe room that includes a fun shooting gallery, a crafting bench to upgrade your weapons, and a patient chair used to upgrade yourself. The first game had green goo as the currency for both, now it is scrap metal dotted around the levels for your weapons, and green goo just for your upgrades. These upgrades include several branching trees that focus on such things as stealth upgrades, health and stamina upgrades. 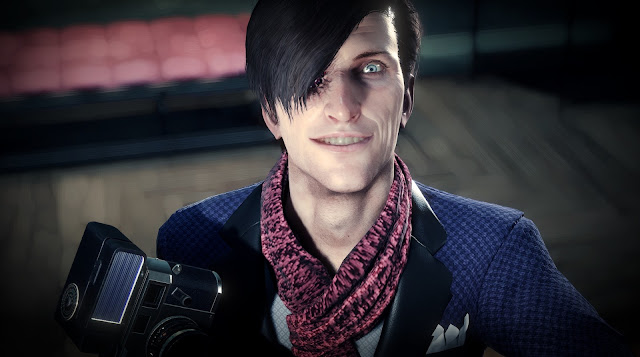 Like before the main story is split into around 17 different chapters but these chapters were a lot more fleeting here. Before, each chapter took place in a wildly different location, here the chapters feel kind of pointless, one for example I recall took me less than 10 minutes to get through. It felt like there were far too many chapters for what you were actually doing, a cut down to around 10 I feel would make each one feel more impactful. The main story levels themselves also felt a bit disjointed compared to the freedom of the side quests. Mostly you end up going to a location that is very linear in design and going on a haunted house walk of sorts; being taunted by one of the games antagonists but not facing any real peril outside of bosses. Initially you are up against an art obsessed serial killer whose works are victims frozen in time at the moment of their death, later on you meet other nasty types who reminded me of the cult members of Silent Hill 5 in their twisted ideals, and how Union has changed to show their sick views of how things should be.

For the most part you are fighting 'The Lost', these are former townsfolk who have transformed into rabid zombie like creatures. Stealth has been thrown to the forefront with traditional combat being used for when things have gone wrong. You have a similar style of weapons you would expect such as pistols, shotguns, a sniper rifle, and more. The crossbow that fires different styles of projectiles (such as exploding, electric, and ice) is back and is good for crowd control. Bosses this time around are not as iconic to me, though no less freaky. A huge lumbering creature with multiple screaming female heads growing off it, a ghostly woman that whispers your name as it hunts you, and a mask wearing flame thrower equipped maniac spring to mind. The problem with these bosses is they usually then appear as regular enemies immediately after you first beat them. A cool later game boss rush made up of the bosses from The Evil Within brought to mind just how much more memorable those ones were. Of course the human antagonists do a much better job than the emo feeling Ruvik (main antagonist of the first game), though again there isn't really enough to them to make them stand out too much. The bosses here are a lot more varied to fight though, stand out ones being a fast moving humanoid, one that you must merely survive against while a timer ticks down, and of course the fantastic looking and epic end of game boss. 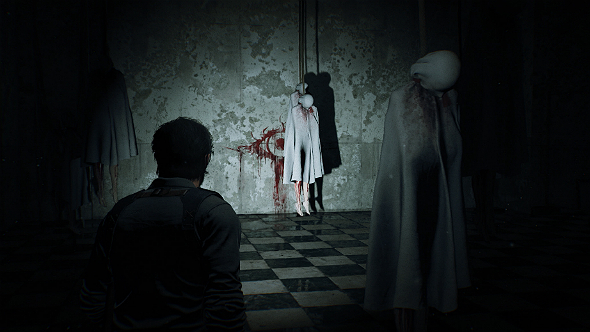 While the plot is never much more than 'find daughter' it eventually goes to some great places. The last couple of chapters in particular were pretty stunning to say the least, the story improved tenfold, and the level design while linear was glorious to battle through, culminating in that end boss that channelled The Evil Dead (something that Seb also does as his colour palette for his clothes is very similar to that of Ash). I only wish the whole game had had a story as well displayed as the end of this. There were references to the first game a plenty, but mostly this was its own unrelated plot with elements of that other story only subtly hinted at. The gameplay felt quite well balanced throughout, initially I was stuffed to overflowing with ammo, and pretty cocky to boot. By the end I was literally down to my last handful of bullets when I finally killed the big bad, so proper survival horror there.

With more conservative level design comes less use of filters and scenery morphing. There was some of this but not like the arthouse effects constantly used in the first game. A few standout moments have you in a Hell type dimension, the most memorable was a huge level that took place in a gigantic dark cavern type place, the only illumination coming from candles led to some thrilling moments of sudden attack. When it was all over I felt satisfied, yet not blown away. This game is on par with the first, mechanically it is better, but in terms of the horror this doesn't do anything to elevate itself. The plot is simple, but really isn't helped by some lack lustre characters (including Seb himself). I did appreciate how females are the stars of the show here with them taking up most of the friendly characters and at times dying heroically, while the males are the twisted antagonists, the manipulated, and the cowardly. So a sequel worth playing, just one that is different rather than better at what come before.

I streamed my entire playthrough of The Evil Within 2 on my YouTube channel, the first part can be found below...

Posted by Daniel Simmonds at 08:24