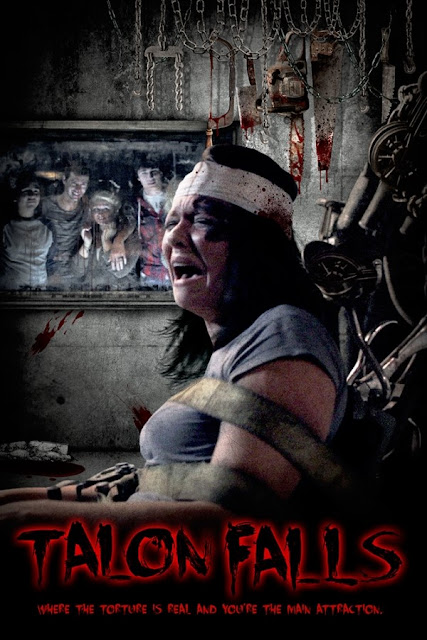 Four teenage friends out on a road trip in Southern Kentucky get convinced by a local shop keeper to make a detour to a local scream park called Talon Falls. Arriving there they start to explore the crowded attraction and are both repulsed and thrilled by the scenes of torture they see that actors rather than dummies. At least that is what they assume is happening, but halfway around and they find themselves captured by the burly rednecks that run the park and begin to realise that the 'actors' in the torture rooms are actually unwilling victims being killed for real (and also feature in a snuff film sideline venture). The friends must find a way to escape the nightmare they have found themselves in before they too get their time in the spotlight...

While this has some issues (of which I will get into later) by the time the end credits rolled I had a huge grin on my face, this is a horror that sets out to entertain before anything else. There are plenty of scenes of gruesome violence, and plenty of chase sequences, mostly featuring the final girl Lyndsey (Morgan Wiggins). It is no spoiler to say she is the final girl as the film does that beloved trope of having events start with her in the present before flashing back. The premise is that she is in hospital retelling the story to a Doctor of how she came to be rescued by a trucker. This was a strange mix of House of 1000 Corpses (due to the near identical story), and of torture porn films such as Hostel.

I really appreciated the fact that people were being killed for real while laughing teens watch on, not realising what they are seeing is real and not staged. It led to some great moments where things come full circle with the teens seeing things from the other side of the screen. None more so than with the idiotic jock character who was so ecstatic at fake electrocuting a guy early on in his trip into the attraction. I had a bit of a problem with this character as he came across as having an I.Q of single digits. An early interaction between him and a redneck shopkeeper had me struggling to tell which was meant to be the more dumb, it was so bad that he came across as a complete caricature to me. Thankfully he isn't in the movie too much, I enjoyed how ridiculously stupid he was but compared to the other more normal characters he seemed a tad out of place. 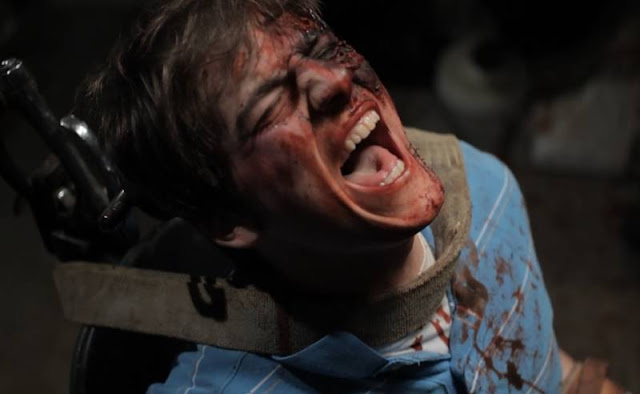 This  film gets a lot of credit from me due to the set design, and that is helped in no small way by the fact that Talon Falls is actually a real scream park. A stroke of genius to film an actual horror film at a real place. Firstly it saves the budget as a lot of locations are already built and looking suitably creepy, secondly I imagine it would give the attraction more buzz. From what was shown here the park looks like it would be pretty decent. I liked the different areas and the maze like corridors, it felt like what the House of 1000 Corpses attraction would have been like if that crazed family had based it in a more populated area. Of the rednecks who run it there could have been more distinctive antagonists, for the most part they all are just burly men, it is only really one of them that has a real stand out appearance, and that is Tiny (Tim McCain) who mutely chases the four around the park armed with an axe and wearing a pig mask. This character was great, suitably menacing and unstoppable, a really fun movie bad guy.

The special effects were not always so good though. There are several scenes of torture that were effective at making my skin crawl in places (such as someone getting their toe nail plucked out), and some effective dog attack sequences, but elsewhere some of the blood effects looked maybe a bit over the top. Two of the four when captured have thick dried blood stuck to half their faces that I found really distracting. The acting was also a bit hit and miss, a few side characters in particular whose mediocre acting slightly brought me out of the moment a bit. The main ones all do fine enough jobs, and both Wiggins and Jordyn Rudolph (who plays the other female lead) get to scream a hell of a lot. The plot had a nice build up and I did enjoy the chase that made up a good third of the film, but it was almost a bit too silent at times with long scenes of the girls running and hiding but with no dialogue at all aside from screaming. I occasionally got the vague feeling the real scream park experience wouldn't be that different from what I was viewing on screen. And as nice as the twist ending was it was hardly original, or indeed much of a surprise. 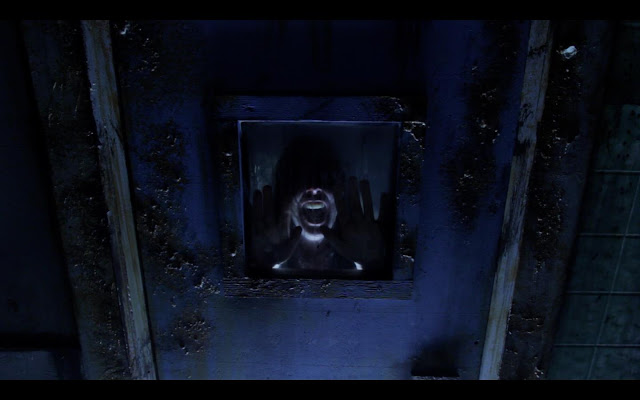 When all is said and done I thought this indie flick was a fun watch, a perfect way to end a long week of work. It may not be anything than gutter level entertainment but sometimes it is nice to just sit back and enjoy a fun ride. Talon Falls was released on Friday 13th October in North America across multiple digital platforms thanks to Terror Films. It is also came out on DVD on 17th October via the MVD Entertainment Group.