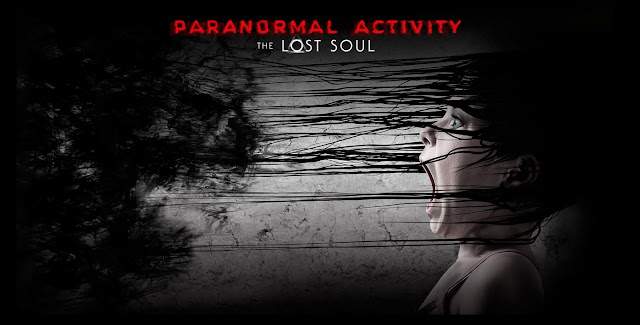 If you had asked me before yesterday the last time I had taken some decent time to play PSVR I wouldn't have been able to tell you. It was my favourite purchase of 2016 and I had some great times with it at the start of 2017 with Resident Evil VII: Biohazard but I had come to think of it as being pretty poor. In my head it was a let down. However I decided to give Paranormal Activity: The Lost Soul a go as I had brought it when it first came out a few months back, but only tried it for around 10 minutes. I'm really glad I did give this another whirl as it reminded me how damn good PSVR actually is with an immersive and genuinely terrifying experience.

In the game you play as an unnamed person arriving at night at what appears to be a typical American house. Finding the key you let yourself in but it isn't long before you discover something isn't right at all, a demonic force is prowling the place and hunting both you, and a mysterious girl you find. Armed with a spell book you discover you must explore the house, finding the required items that will hopefully expel the dark evil... 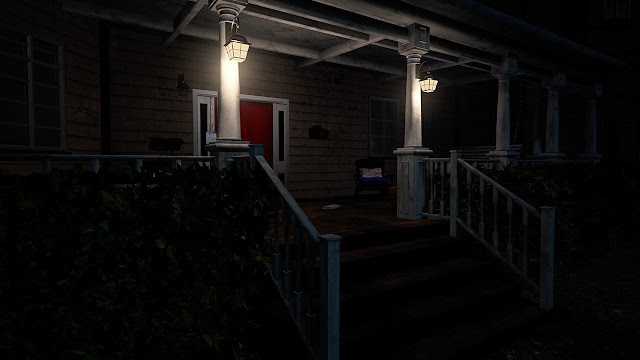 So this falls into the 'walking simulator' of game types in that your avatar is totally helpless in terms of being able to defend themselves. You explore the large house with events happening that lead to new areas opening up. Along the way you find keys, letters, and key items, as well as cassette tapes that both shed more light on what has occurred and help you try and achieve your goal. While a lot of the environment can be interacted with, such as opening drawers and doors a lot also can't be interacted with, more often than not you will find your disembodied hands vanishing into the furniture. I got around this immersion altering fact by saying in my head that was just part of the spooky goings on. Less so is that while some doors can be interacted with (either making a locked noise or actually being able to be opened) there are some that just appear to be set dressing with no interaction at all. The controls are awkward in that you use the ever not perfect move controllers, thankfully there isn't the hateful teleporting to move around, instead you use the face buttons to move forward and backward, while you can turn incrementally to the sides. I really wish there had been the option to move around without the weird incremental turn thing.

The house is well detailed to the point that I did feel like I was actually exploring a real place. There are no end of spooky rooms to go through, including a playroom, a child's bedroom, a secret cellar, dusty attic and more. Simply walking around the property is fear inducing, though it helped the first hour I played it was past midnight in the real world so everything had me on edge more. Even the next day playing it in daylight I was really scared at times, though the ever present dread wasn't so prevalent as it became obvious when you were not in the right location as nothing untoward would happen. That was a problem at times as the game part is literally a scavenger hunt, looking for objects dotted around the place, a couple of these I had no end of trouble finding. It's hard to complain about getting lost as there is no HUD and this adds immensely to the experience, but the lack of even a pause screen made it hard to work out when the game had saved. You are armed with a torch for much of the game which is essential for mitigating some of the darkness, it is a battery hungry beast but thankfully there are plenty hidden around. later on your faithful light bringer also gets a U.V light attachment that was a neat addition. 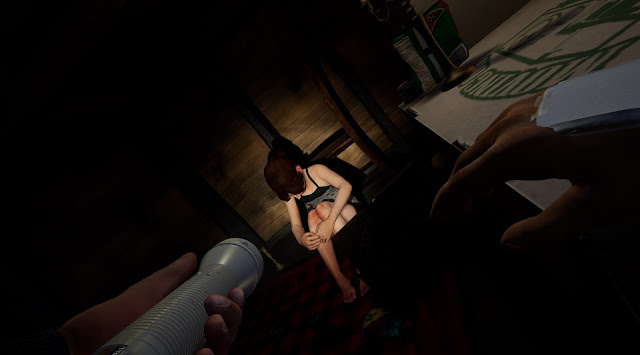 The Lost Soul is the scariest VR video game I have ever played, that's not to say it is the best, but I have never shouted, sworn, and indeed screamed more in a game, not even Resident Evil VII. There are set pieces such as being chased by a possessed woman, meeting face to face with the demonic entity, and discovering corpses that freaked me out, but it is the incidental moments that also made me shout. Having the window you are walking past erupt suddenly into shards of glass, or a book case falling over next to you are so scary to witness in VR, and there are also seemingly randomised scares such as locked doors being rattled like someone is trying to break out. As the game went on those at least got less effective just because they occur so much with there never being anything resulting from it. The horror can at times feel a bit uneven, the most creepy part of the entire game occurs pretty early on as an example. You enter a Hell version of the house, steeped in red lighting and paranormal goings on, I literally creeped through this area expecting terror at every corner, yet this ten to fifteen minute nightmare world section only happened the once, right up to the very end the scares then stay relegated to rooms or corridors rather than whole sections. There is no music (aside from creepy in game sources), this helps with the atmosphere, as does the fantastic sound design that is 3D in feel, you can tell where creaks and knocks, and crying are coming from and help so much in the immersion factor.

This isn't a game without some problems that are obvious to see, however as a horror experience there is nothing like this I have yet to play. From start to finish I was absolutely terrified most the time, aside from the 30 to 40 minutes of my 3 hour play through where I got totally lost trying to find the next key item. This doesn't tie into the main Paranormal Activity storyline, though follows a similar theme, such as having cameras set up all over the house, the plot is pretty basic, but I liked the mild enough twist when you find out the importance of your character. It is at its worst when you are reminded this is a game, the most glaring one for me was dying on the final section of the game and putting me back five minutes to do what had initially been a thrilling moment all over again.

For what is only a few hours long experience it is hard to argue with anyone who says this isn't worth the steep price. However horror is a perfect fit for VR and unless you are made of stone this will scare the bejesus out of you. The most scary VR game I have ever played, and I frickin' love it for that. Check out my complete play through (in two parts below), though a warning I swear lots and lots.