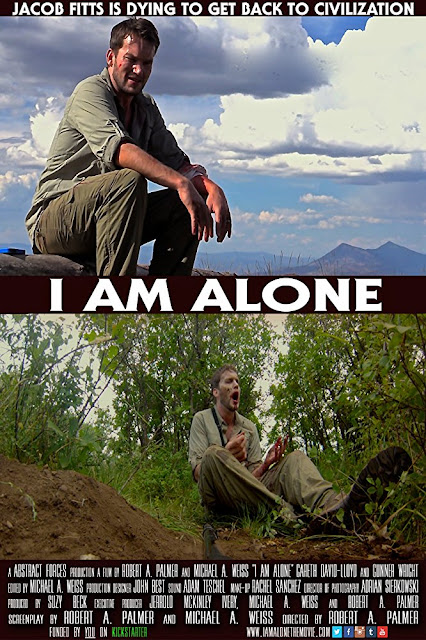 Zombie films always hold a special place in my heart, after all zombies are the reason I started this blog just over 9 years ago. As such I always look especially forward to seeing any films featuring the undead. Award winning I Am Alone is another found footage, it is all I seem to be getting sent my way lately, however it is also true it has been a long time since I have seen a bad one and thankfully this doesn't fall into that camp. Found footage films in the zombie genre are rare, but there have been a fair few over the years, most notably the late, great George Romero's Diary of the Dead. Despite obvious budget constraints in places this indie effort by director Robert A. Palmer (who also co-wrote this with Michael A. Weiss) shines tall in this niche sub-genre, mostly due to the heart on show here.

The film begins mid zombie apocalypse and cameraman Mason Riley (Gunner Wright) finds himself a 'guest' of the CDC. It is explained to him that his friend, and star of a survivalist reality TV show Jacob Fitts (Gareth David-Lloyd) after being bitten managed to resist succumbing to the undead plague for days and days, when in every other example known the victim had turned within minutes. Mason, producer Adam, and Jacob had been up in the Colorado Rockies where Jacob had set off alone to film a 7 day survival challenge, it had been when Mason and Adam had returned to the local town that the trouble began. Now the CDC want to go through the pieced together footage they retrieved from the three men in order to try and figure out just what it was about Jacob that allowed him to resist the disease for so long... 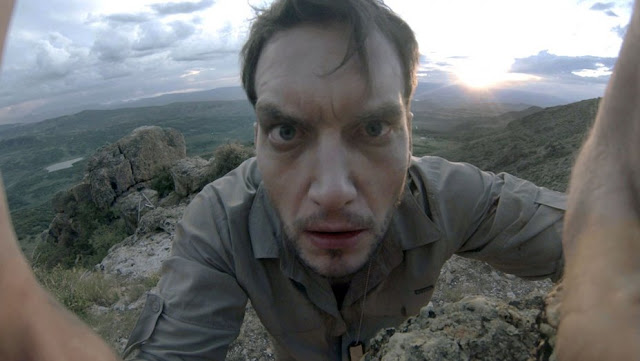 I applauded Hell House LLC just the other day for doing something different than just pure found footage and so it was nice to see I Am Alone also try something different. The footage is intercut with the present day sections that take place in the interrogation room of the CDC. Mason and his interrogator; Dr. Marlow (Marshal Hilton) are physically watching the footage on an old CRT TV. These sections are where the budget is at it's most obvious as reminded me of a mid 90's video game FMV, in a cool way though as it was always a treat to come back here and get perspectives of what was going on by the duo watching. As with all good films shot in this style it follows the tried and tested formula of events eventually surpassing the flashbacks (so to speak). I liked the ticker tape display that was updating on how much of the population was estimated to be one of the walking dead, and the infrequent power outages hinted at what was to come.

In the way the footage was presented it made sense how it had come to be edited together into a cohesive whole, like I said with Hell House LLC it is nice to have more of a reason than a simple black screen and white text at a found footage's start. There are roughly two different stories we follow here, that of Mason, and that of Jacob, both featuring a slightly different twist on the zombie story. Starting with Jacob we get a more traditional and slightly more action packed tale. We know already that he survives uninjured so we get to see his journey, starting off in the town centre the initial signs cleverly occurring in the background of interviews he's trying to film. His adventure sends him up close with several hordes of the undead and with his chest mounted go-pro style camera there is plenty of shots of him running through the rotting crowds. He has more of a traditional jaunt in that he witnesses friends die, encounters other survivors, and even encounters a crazy biker gang (well quad-biker gang). These gangs always seem seem to show up quickly when apocalypse happens!

Mason's story is where I Am Alone really gets its heart with a fantastic performance by David-Lloyd. His character is pretty much Bear Grylls and was fascinating to see his evolution both physically and mentally. Starting off he is not even aware anything bad has happened and so we see his 'game' face as he records himself as he is for his show. It isn't long before he finds himself unexpectedly attacked and bitten and begins his long, slow descent into madness as he gradually transforms into a ghoul. I love how raw his performance gets at times, sure it isn't always on point but there are some real stand out moments when you can see the fear in his eyes, and hear the despair in his voice. His admissions to the camera that he had never ever been in real danger before, and his slips into insanity give him a sense of realness at times. This is helped by some nice make-up effects around his bite mark, and again by the use of camera angles, with him like Mason favouring a mounted camera that keeps you up close with him. 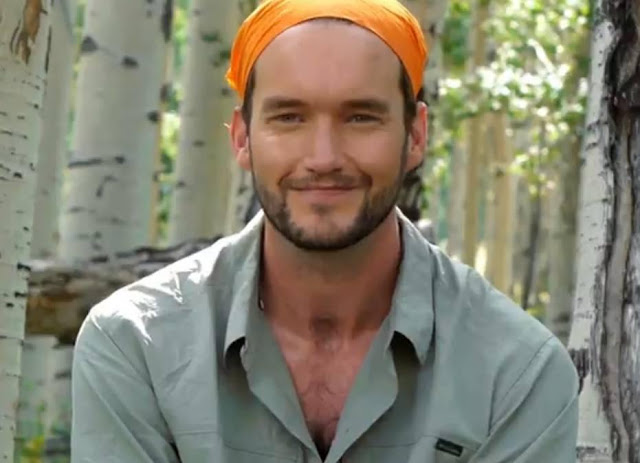 While this is found footage it is not 100% pure, most notable being that this film has a soundtrack to it. When I first noticed this I found it pretty immersion breaking but I have to admit it grew on me and was actually a perfect fit. The music adds so much to this, it adds weight and emotion to nearly all the scenes it features in, especially with Jacob it combines with the visuals to create something beautiful and heart breaking in equal measure. I also found some of the CCTV footage to be a bit strangely placed, I accept there would be plenty around the city, but when every single random shack and building up in the mountains seems to be covered in cameras the believability was called into question, but hey, maybe there had been a huge crime problem up in them there hills. Eventually the disparate story lines meet up and it is worth the wait, the proper end however was a bit unresolved, I felt like it was setting itself up for a sequel rather than closing the story.

I Am Alone is a good entry into the crowded zombie genre, some of the acting might not be the best but where it matters with the two main characters it is good, especially with David-Lloyd who is brilliant here. While it forgoes most attempt at action this instead is more a singular look about the loss of humanity the infection can take, and for an indie film this sure looks a lot better than many others I have seen. I Am Alone was released on DVD, VOD, and on Digital on September 26th thanks to Random Media.