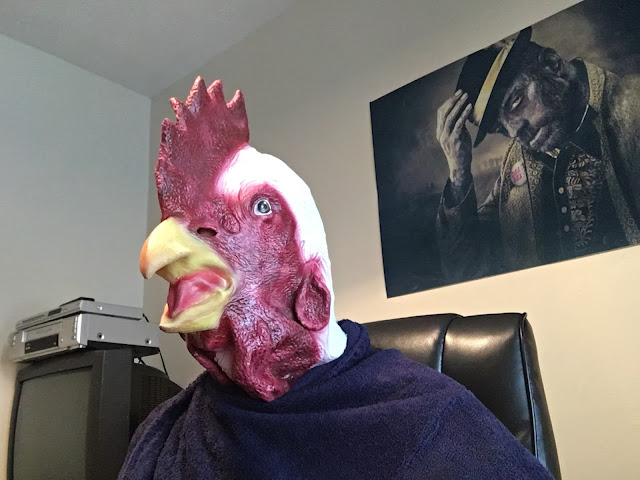 It is that time again when my inbox vomits out news of a horror nature, but first off a reminder that the fourth season of the always fantastic Z Nation started last week, with new episodes airing every Friday at 9/8c on Syfy. The first episode of the new season was as funny and crazy as ever so I feel this will be another great season.

Onto film news and we have Crazy Lake that came out 3rd October on VOD and DVD thanks to Indican Pictures. This homage to 1980's slashers was directed by Jason Henne and Christopher Leto and is about a group of several friends who get together at a remote camping spot. Things are going great until the appearance of an escaped convict who brings with him all sorts of crazy. I like how the trailer is edited with the escalation of noise, there are plenty of obnoxious youngsters, though little hint of the slasher side of things.

Director Romane Simon's latest film Blood Runs Thick has now got a teaser trailer. In this movie a young woman struggles with scary hallucinations and the onset of insanity after her husband goes missing. Included in the cast is Emily Killian (The Chosen), Tom Sizemore (Natural Born Killers, Twin Peaks) and Alexander Man (Voodoo Retribution). The teaser doesn't show too much but does feature a little girl with a demonic voice.

The Wicked Gift promises to represent the rebirth of Italian horror in cinema and comes from award winning independent actor/director Roberto D'Antona (The Reaping). It is due to come to the big screen on 6th December and has a plot that seems appropriate for Italian horror. Ethan suffers from insomnia due to terrifying nightmares, nightmares that he discovers conceal something more horrific than he could possibly imagine (seems to involve demons).

Finally for today is Tales of Frankenstein that stars Mel Novak (Game of Death's) and has Wolverine creator Len Wuin in his final film. It also features among its other actors T.J Storm (Deadpool), Jena Sims (Sharknado 5), and Ann Robinson (War of the Worlds). Despite the obvious low budget this actually sounds pretty interesting. This is an anthology of four different short films based on some of director/writer Donald F.Glut's stories in his book of the same name, and they all seem quite B-movie in style. This is due for release in 2018 which marks the 200th anniversary of Mary Shelley's classic Frankenstein novel. There is currently an Indiegogo campaign going to cover post-production costs, that can be found here.