We Put the World to Sleep - Film News 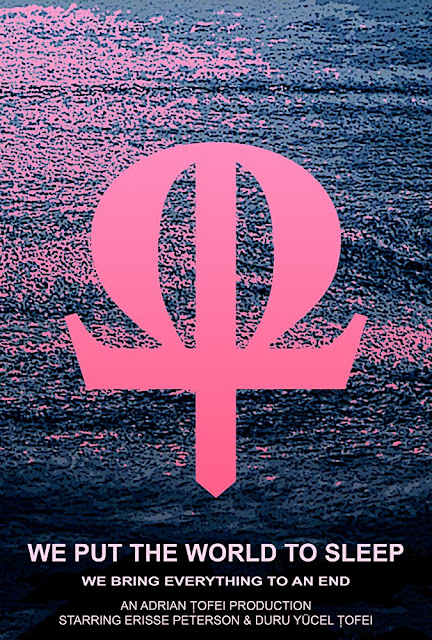 Adrian Tofei; the writer, director, producer and main star of the very realistic found footage masterpiece Be My Cat: A Film for Anne has announced his new project; We Put the World to Sleep and has also launched an Indiegogo campaign to raise funds to get it made. His aims with this are to go against the status quo and create a film that defies the expectations of the everyday median line. The film is to star two lovers (played by Erisse Peterson and Duru Yucel Tofei) who as far as I can tell seek to end the world in this movie. I don't even know if it is going to be horror based but his previous work was so authentic that anything this guy does next is sure to be interesting. The description on the Facebook page for this is a 'apocalyptic LGBT female antihero film'.

Like his first film We Put the World to Sleep is going to be created using controlled improvisation, this is to get the best performances out of his cast and to give the film a sense of believability. Adrian was fantastic in this respect so though it wont be him this time around I hope his directing will give these two woman the ability to also come across as real. With Be My Cat having a budget of $10,000 this new one has the far more ambitious budget goal of $300,000, so quite the leap. The Indiegogo page says if that amount is not raised then concessions can be made, and if not enough is made to see Adrian's budget then further campaigns will be launched so that this movie will get made at some point. If you wish to contribute to this or to read more about the project then check out the page (here), I wish Adrian all the best and am interested to see what his vision turns out to be.
Posted by Daniel Simmonds at 12:56