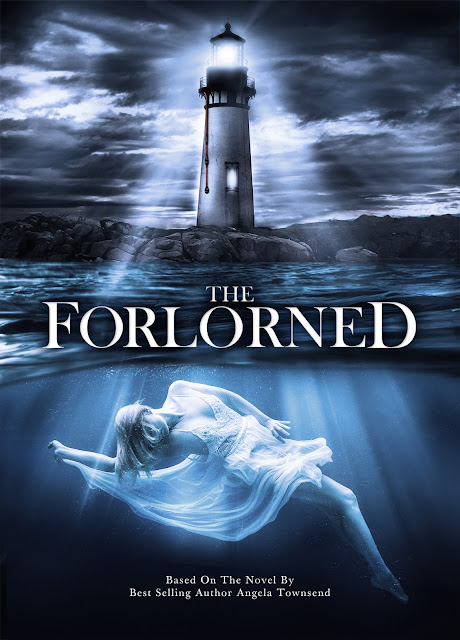 The Forlorned isn't the best horror I have seen, it suffers from budget constraints and a pretty ridiculous story. However to its credit it is entertaining, it doesn't take itself too seriously and doesn't try to be something it has no hope of becoming. This was directed by Andrew Wiest (Dead Noon) and adapted from a book written by Angela Townsend.

Colton Christensen stars as Tom; a newly appointed lighthouse caretaker who is to live alone on the tiny island the lighthouse and accompanying house occupy. He is warned by local; Murphy (Cory Dangerfield) about the dark past the island has, of the previous caretakers descents into madness, but he doesn't put much stock in the man's tall tales. It soon becomes apparent that something really is up with the place though, Tom starts to glimpse shadowy figures and hear strange noises and soon he begins to worry he too is slowly losing his grip on reality... 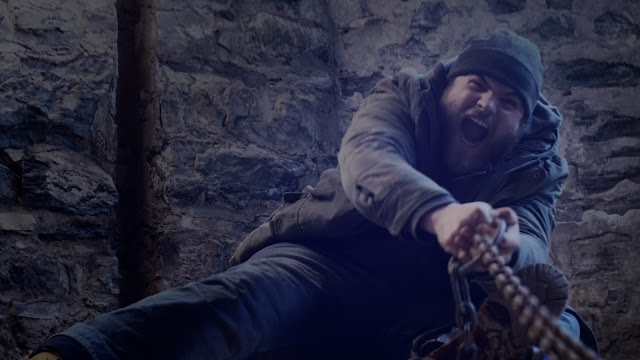 The Forlorned is silly, and this is down to pretty much one thing; the big bad haunting the island appears to be...a giant invisible demonic warthog. The Evil Dead did great things with its unseeable evil force, it managed to be pretty terrifying. Here, while the same techniques are used (the evil creatures perspective as it chases its victim for instance) it is hard no matter how well shot to make a ghost pig appear scary, not helped by the many squeals and squeaks it gives off. More effective are the many ghosts that haunt the island, there is a The Suffering vibe in that nothing but bad events have happened in the islands past, and with Murphy spinning entertaining stories about previous inhabitants and occurrences weight is then given to each odd appearance of one of the poor souls (favourite being the man who was eaten by his pigs after he drunkenly went to feed them one night!).

There is a small main cast here and a good portion of the film is just Christensen alone reacting to whatever madness comes next. I liked how his character become angry more than anything at all the poltergeist activity, I also liked that there was a reason given for why he didn't flee the island at the first sign of the supernatural. For me though he never felt strong enough to be able to carry The Forlorned through these isolationist parts. He looked the part and had a good range of wide eyed surprised looks but he never seemed that interesting a character, and his weirdly high pitched screams a bit annoying (he screams so loud at points that the recording equipment doesn't seem able to handle the noise). However later on in the film he comes into his own with a splendid over the top performance that didn't restore his dignity but did really entertain both in his facial expressions and the voice he used. As side characters go Dangerfield and pub regular Tough (Robert Bear) are a perfect fit and play off Tom well. Two thirds of the way into the movie we then get a brand new side character who was a great accompaniment to our main lead, I feel an earlier introduction for this person would have benefited the pacing. 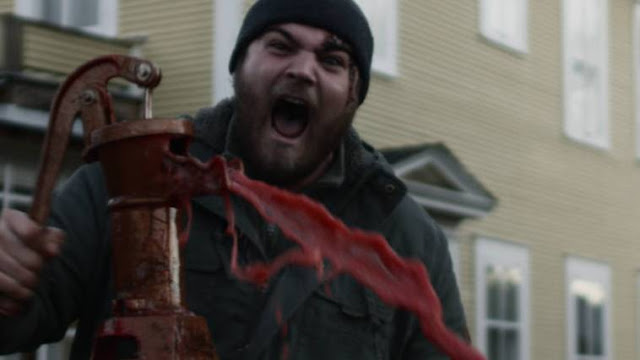 Where The Forlorned shines best is that it doesn't try and be a straight horror, a lot of the characters have funny moments to them. An early example has Tom, looking for a bedroom, he enters a room to see a creepy doll on a miniature rocking chair, he says "I'm not sleeping in here tonight". He then goes into the next room to see it full to bursting with creepy dolls and exclaims "Who does this!?". You had to be there but the funny way he talks to himself always gave some humour to events. This is maybe also the worst aspect though as this just isn't scary at all, there are brief moments of genius, a part where he walks past a mirror and unnoticed instead of his reflection we see a shadowy woman looking back was effective, but going back to that ghost pig every time always brings the tone down.

I did enjoy watching this, but at the same time it isn't a great film. Sure it does it's job as an inoffensive and at times funny low budget horror but it isn't going to stick in the mind despite a decent enough plot and some spirited performances. The Forlorned comes to VOD on October 3rd where it will be available on Amazon, iTunes, Google Play, Vimeo, Xbox, Steam, Vudu and YouTube. It will also be exclusive to DVD on Amazon MOD, this all comes thanks to Midnight Releasing.