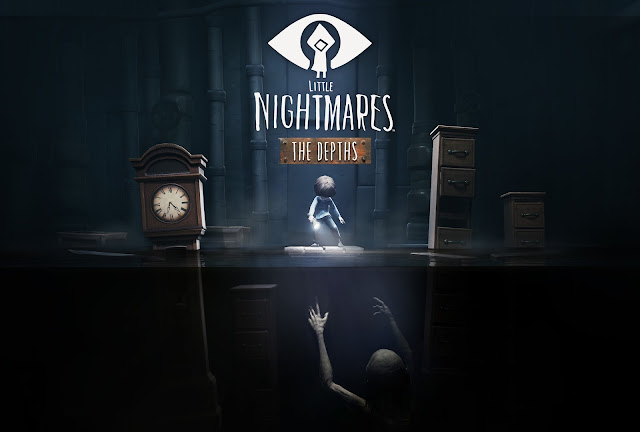 When I brought Little Nightmares I opted for the more expensive version that includes Secrets of The Maw. This is a three part DLC package that tells a different story that just so happens to be going on at the same time as the main game. While it is pretty much more of the same it does connect in interesting ways.

This time around you play as a boy; another prisoner in The Maw, and like Six he too has decided to escape his prison. As you progress it becomes apparent there is at least another child also in the midst of escaping. Your adventure sees you falling into the titular depths, these are the lowest part of the construct and many of the rooms here are flooded and patrolled by an underwater adversary known as the Granny... 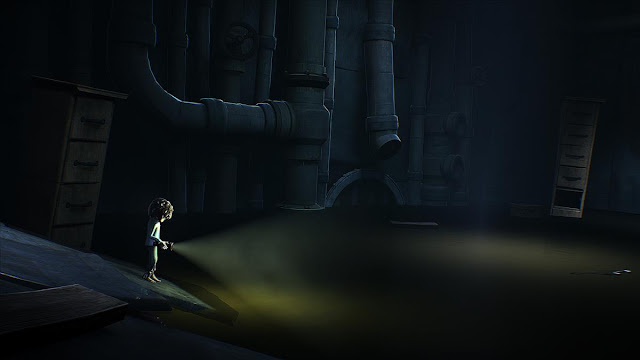 The Depths is around forty minutes long and is made up mostly of new areas though there is some crossover with the boy passing through areas the opposite way that Six did. Most of the DLC takes place in the flooded area and sees you having to desperately leap or swim from floating debris to platforms whilst the underwater creature pursues you. This is basically the iconic shoe room from the main story stretched out to explore further possibilities with the mechanic. The boy controls identically to Six but instead of a lighter he is armed with a flashlight that does a much better job of illuminating the rooms you travel through. A lot of the puzzles revolve around managing the floods, there are switches that rise and lower the water level and many floating objects that must be moved into the right place to act as bridges once the water is risen.

The grim nature of The Maw is displayed once again here, there are quite a few body bags you find and clamber over, while the antagonist is pretty sweat inducing when you see its air bubbles making their way towards you. While this person is similar in the way it hounds you to the ones in the main story because you rarely get to see it it never sticks out as interesting as those others. Mostly this is more of the same though there was plenty of new puzzles to solve even if none particularly taxed the mind. The frustration of constantly dying again came to the fore here, maybe even more so as the last room in particular nearly had me pulling my hair out at what I was meant to be doing. It ends on a great note, a minor event from the main story is shown to have greater implications and has made me impatient for the next DLC (due for release in November with the final one coming January 2018). 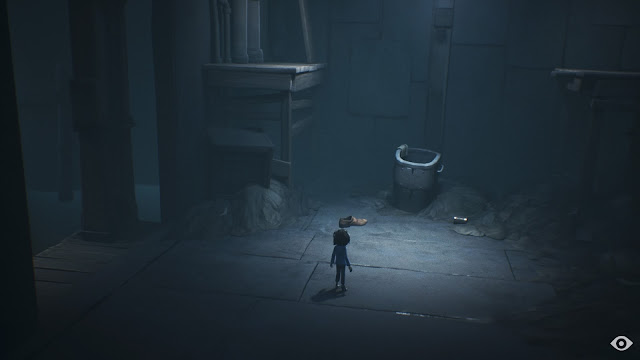 Much like Little Nightmares, The Depths is really fun when things are flowing well, however like that it shares the frustration of plenty of cheap feeling deaths, while the location you travel through is more dark and dingy and so there is not as much to look at. I hope storywise this time around things come to a more satisfying conclusion, it will be interesting to see down the line how else it ties in to Six's adventure.