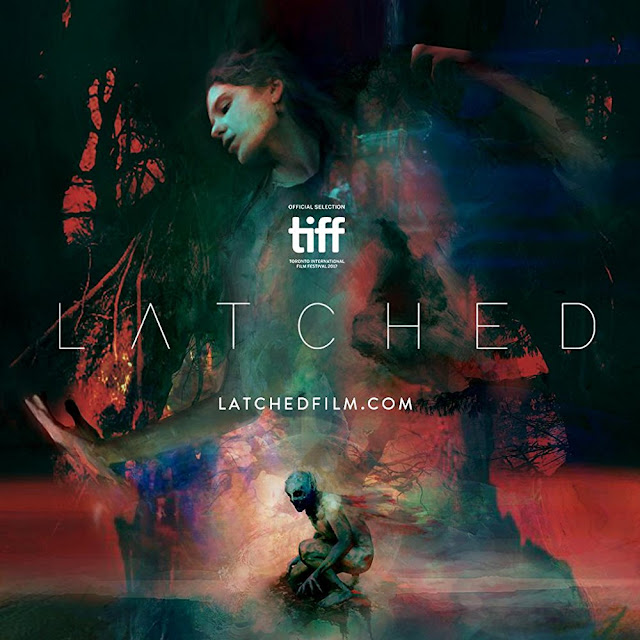 I have had an influx of short horror films sent my way these past couple of weeks and leading the vanguard is Justin Harding's Latched. To me at first this seemed like it was going to be a bit whimsical and pretentious with its subject matter of fairies and I assumed the horror content would be light. Because of this assumption I was all the more shocked (happily so of course) when Latched changes tone and becomes something a lot more violent.

A single mother travels to the woodside holiday home she owns with her toddler in order for her to prepare for a dance troupe she hopes to do the choreography for. One day out in the woods she finds the body of a bizarre looking small creature that she brings back home with her in order to ask her neighbour what it is. It ends up going in her rubbish bin but an accident involving spilt breast milk somehow revives this creature that over the following days starts to grow and grow out of sight.

17 minute Latched is a film of two halves, literally in that the first 8 or so minutes is set during day time, and the final half mostly takes place at night. This distinction is also a firm divide between the fantastical and the horrifying. So the first part establishes the woman and her child, it is split into days that mostly consist of the woman interpretive dancing her way around her house as the baby looks on, and occasionally the fairy creature makes an appearance unseen by her to steal milk. This was all well filmed (with fantastic choreography) and the special effects nice enough but it was light on scares. One of these special effects involved an old man looking at a flyer to see the figures in it start moving, I don't know the significance of that part of Latched as it didn't seem to add anything other than a side of surreality. This man in general was a bit of a disruptor to the main plot to begin with even if he was needed to bring the story along. 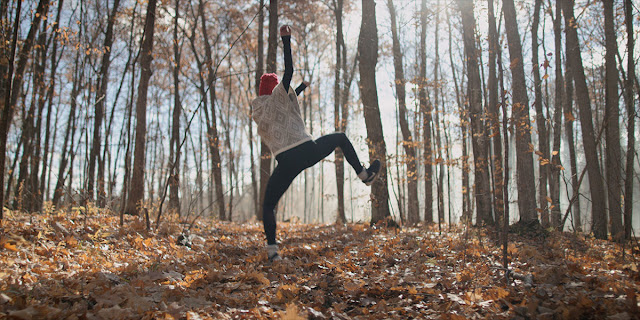 I appreciated how cohesive the story moved along in just 17 minutes, this was like a feature film in microcosm with enough elements suggested that could be fleshed out. However I liked that is was short, it means when the horror begins it is sustained, from the woman's first glimpse of the creature to her flight and eventual fight. This was where Latched was at it's best with great monster design that managed to give a sense of emotions for the fairy despite the grotesque appearance. I also liked how this ends and the lengths someone would go to to protect their child. Holding it altogether is a solid soundtrack by Vivien Villani which really works in tandem with the visuals to create an atmosphere that is right for this.

Latched was a nice little horror that was expertly made and some interesting camera angles chosen (such as having the camera be from the toddlers point of few at one point). It may be a bit artsy at points but it knows how to do horror when the plot calls for it. This short is currently at the Toronto International Film Festival 2017, it's second showing is going to be this evening (September 16th) at 18:45 in Cinema 8 at the festival.

Posted by Daniel Simmonds at 04:05