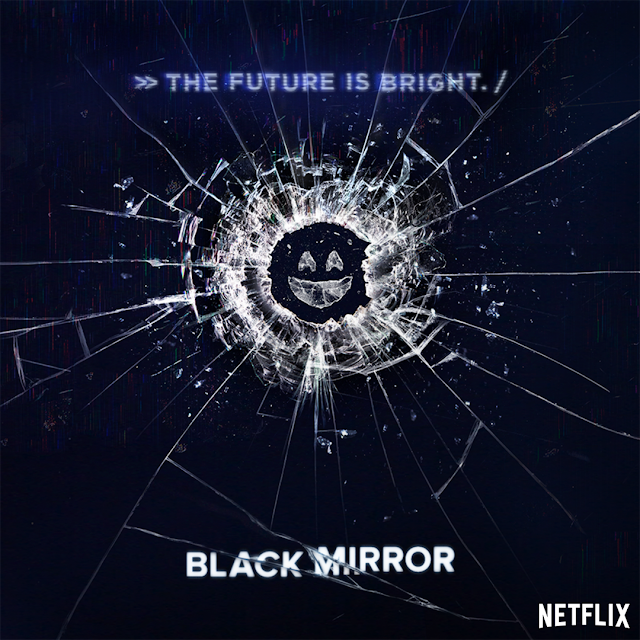 I have loved Black Mirror from the very first episode I ever saw of it, and yet I still have not seen all the 13 episodes currently out due to the especially haunting and traumatic feel of many of them. The show is basically The Twilight Zone or Tales of the Unexpected but with a focus on technology. Each episode is stand alone and takes place in a different reality to the others and explores a different type of existing or near future technology and explores it's application up to a usually horrifying conclusion. Episodes fall into one of two categories; extremely cringe inducing, or something that will traumatise you, each and every episode I have seen has left me thinking about it for many days or weeks afterwards.

Season 1 of Black Mirror is made up of just three episodes, the first one The National Anthem weirdly predicted a real life story that came out of past British Prime Minister David Cameron in which it was alleged that he once had intercourse with a pigs head (!). Charlie Brooker says he had not heard of this when writing the story and so truth is sometimes stranger than fiction. In The National Anthem a member of the royal family is kidnapped with the kidnapper demanding the Prime Minister; Michael Callow (Rory Kinnear) have sex with a pig live on TV or else he will kill his hostage. This falls into the cringe inducing section of Black Mirror with the act taking up an uncomfortable and horrible length of time. It was an interesting discourse on peoples preoccupation with non important media when the important stuff gets ignored, yet out of nearly every episode I have seen of the show this one feels the least crazy and out there and wasn't really a good indication of the general style. 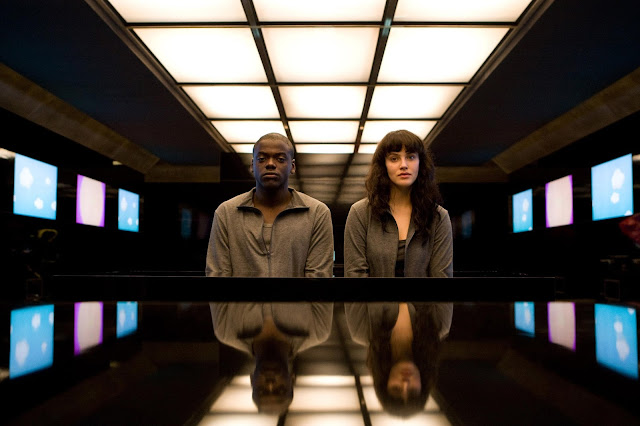 Second episode is Fifteen Million Merits that takes place in a dystopian future where the majority of society have to constantly cycle on exercise bikes in order to power the world. Overweight people who are unable to contribute are mocked and given menial and degrading jobs to do. In this world Bling (Daniel Kaluuya who went on to do Get Out) meets a girl one day and decides he is going to help her achieve her dream of being a famous singer, but things don't exactly go according to plan. This time around it is society's obsession with fame and the distractions of apps like Facebook and Snapchat that is the focus, this future is the drastic culmination of that. This was the best episode of the first series and really showed how inventive Black Mirror could be, and it's ability to hold up a mirror to everyday things and make you think about just how you are living your life.

Final episode is The Entire History of You and takes place in a world where everyone has implants that record everything they do, essentially giving them access to every single memory they have. This story is more condensed and focuses on a couple whose relationship starts to unravel after an awkward dinner meal with the wife's old friends. This technology that seemed so useful (such as being able to get through security at an airport by showing your previous weeks memories) becomes poison as evidence is pulled up from past memories during the arguments, and painful memories are obsessed over. This final episode was again very cringe inducing, especially during the husband's drunken rampage, but again left me thinking about the implications having this ability would cause. 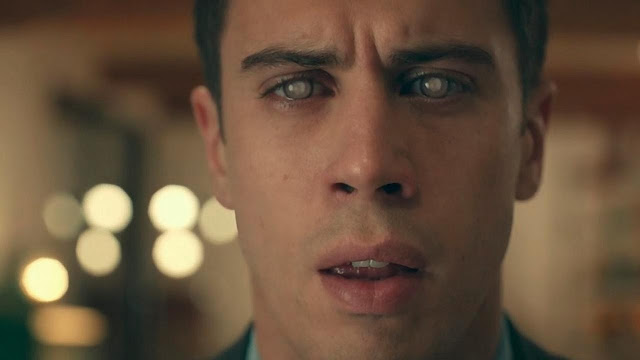 All three episodes were very different and showed the variety Black Mirror can go to, while the second and third really left me thinking for weeks and weeks about what I had just seen. However the fact that two thirds of the episodes were uncomfortable in their cringe factor means it was tough viewing for different reasons than the soul killing that usually occurs (one scene in the final episode took me four or five attempts to get through it). A great start to a fantastic series with Fifteen Million Merits in particular being really striking.