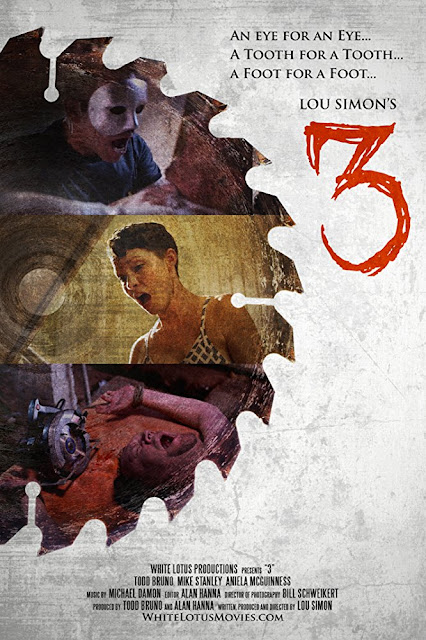 3 is an indie horror film that was directed and written by Lou Simon. This happens to be the second female directed horror that revolves around torture I have seen this year (Jessica Cameron's Truth or Dare being the other). At first I was ready to dismiss this, I found the characters to be irritating and the situation pretty silly, however as the plot moved on I began to recognise that actually this was something a little different, helped in no part by actor Todd Bruno whose very antagonistic role managed to generate sympathy regardless.

A man (Mike Stanley credited as It) is on his way to a meeting, his journey takes him onto the American backroads where he finds his way blocked by an abandoned car. With the owner not around he decides to move the car so he can continue on his way, however hidden in the back is someone wearing a mask who knocks the traveller out. We then find out that the assailant (Bruno credited as He) had specifically kidnapped this person as part of a plan him and a woman (Aniela McGuinness credited as She) had come up with. A year previous She was raped but there was never enough evidence to convict her attacker, she believes it is the man they have kidnapped and hopes to get a video confession off of him to give to the police. However He's efforts to get the truth out of their victim become ever more drastic and brutal... 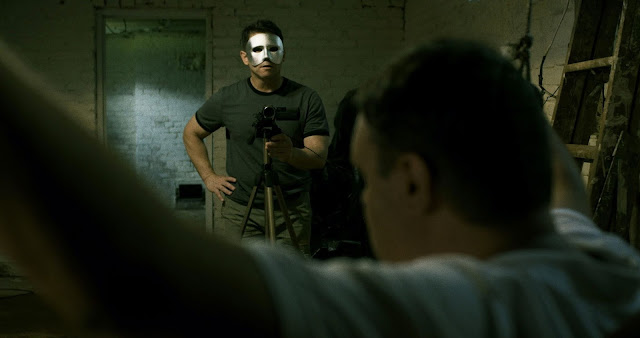 Where most films revolving around torture focus on the victim here the focus of the film is far more on the antagonists who don't actually see themselves as the bad guys. There is a weird divide between the scenes of horror that take place in the basement and the more normal goings on upstairs. Despite it being for She's sake she wants nothing to do with the man, she tends to constantly change the subject whenever he is mentioned. Soon it becomes apparent that both her and Him have serious mental problems. The kidnapper is prone to outburst of uncontrollable violence when he gets angry, while she is so vague on the specifics of the rape that as a viewer you begin to question just who it is that is telling the truth. Out of the three it really doesn't seem like It is the one at fault despite being caught up in a few lies. As for the woman she keeps insisting He was at the party where the rape happened despite him telling her they didn't meet until months later when she start seeing a psychiatrist, and so you begin to doubt if she what she thinks happened actually took place. Bruno is fantastic as the kidnapper, he is a former army medic who got honourably discharged due to PTSD from his time in Iraq. Initially I found both him and the woman to be awful people, I didn't want them to succeed. But by showing us how really messed up the man is you can't help but begin to pity him.

There are a few twists and turns along the way in 3, I admit that none of the twists I saw coming though they are something I have seen in other films and I didn't entirely like how one was revealed. I would say though the change in my perception of He is the biggest personal twist. He just seemed so odd at the start, so the reveal of how damaged he was started to make things make sense. On the flip side of him being great is the other two characters feeling a bit under developed, especially It. He just never seems to act in a sympathetic way, later on he gets broken but at the start he is more annoyed at his situation than anything and so doesn't endear himself to the viewer. I liked how 3 progresses, at the start the pair have the noblest intentions but as the methods get more and more sadistic their goal seems to become more distorted. From the woman's apparent non perturbed reactions to her helpers increasing violence slowly you get the impression something isn't right. 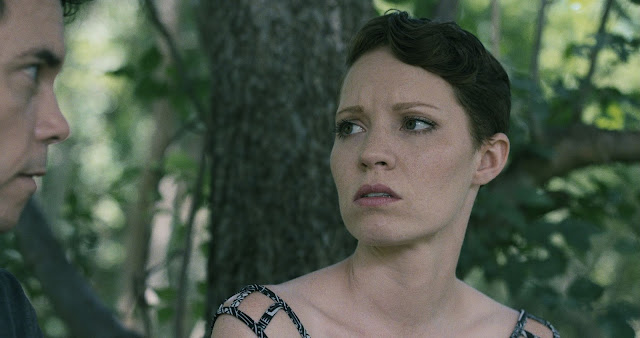 For a film that deals a lot with torture the blood and gore is actually pretty restrained, there is some blood but it is never over the top. The plot device that the helper used to be a medic explains away this as he is constantly repairing some of the damage he causes. Special effects as such are constrained to mostly happening off screen though there is a nasty axe to the ankle effect that was pretty cool, and the traditional severed penis gag that seems to be in so many horror films nowadays. Elsewhere the soundtrack is functional but faded a bit into the background for me which was a shame.

With 3 you have an different enough spin on the torture genre. At times this can be a bit slow and more of a dramatic character piece, and of the three central characters it was only really the one that I felt was captivating (not that there was any fault with the performances). It may not be the bloodiest film and you may not really care for the victim that much but the focus on the antagonists and the exploration of how mental illness can corrupt a person was an interesting angle. Having the bad guys centre stage and portrayed in a sympathetic light was a good move, while the move away from pure torture means the bad taste I usually get in my throat watching films of this type was not there. 3 is currently doing the festival circuit with several upcoming screenings in the U.S with it having been nominated for Best Feature, Best Writing and Best Score at the Woman in Horror Film Festival that takes place September 23rd in Atlanta, GA. It is also going to be the Opening Night feature at the NYC Horror Film Festival that takes place on October 26th in New York.