I am currently on holiday from work, the first time I have had off since February. In celebration I am going to fling myself through all the news emails I have stored in my inbox, especially as I am away next week and so there shall be a long break from Tuesday onwards, likely for around a week. It is after all Summertime (with California Girls), which is a clumsy way of mentioning singer Caught in Joy who sent me the link for his latest song which is completely non horror related.

The trailer for Norwegian vampire horror/comedy Vidar the Vampire is out, with the film already showing at film festivals currently. This low budget movie was self financed with a budget of roughly $60,000. The gist of the story is that a bored son of a farmer prays to a higher power to grant him a better life and is rewarded by waking up the next day to discover he is now a vampire. Watching the trailer it was nice to see the most prolific actor ever Kim Sonderholm (Reyes) is in it, though hard to tell if the humour works or not.

A few home releases now and first is the news that Tempe Entertainment is due to release a Blu-ray on 26th September of the 1990 low budget zombie flick The Dead Next Door. I own this film on DVD and thought it was ok, but not stunning. The story is that a team of Zombie Squad soldiers get pitted against a dangerous and secretive cult that look to protect the ghouls of this post apocalyptic landscape. The 2-Disc collector's edition features a 2K restoration, an audio commentary recorded in 2001, interviews and a 1999 tour of several locations the cult film was made. Coming October 24th from Arrow Video is a 6-Disc box set titled George Romero: Between Night and Dawn which as the title suggests is made up of the films released between those two stone cold classics. The collection includes romantic comedy There's Always Vanilla, psychological thriller Season of the Witch, and The Crazies which all have restorations and new audio commentaries as well as other extras.

Frat house slasher Alpha Delta Zatan is coming to VOD this October thanks to Together Magic and Reel Nightmare Films. This all male cast promises to offer a fun, sensual spin on the 'sorority massacre' sub genre. Also coming from Reel Nightmare Films is horror-comedy anthology The First Date and paranormal documentary Night Stalkers (from the director of Hotel Camarillo), these are both due for release in Autumn as well. 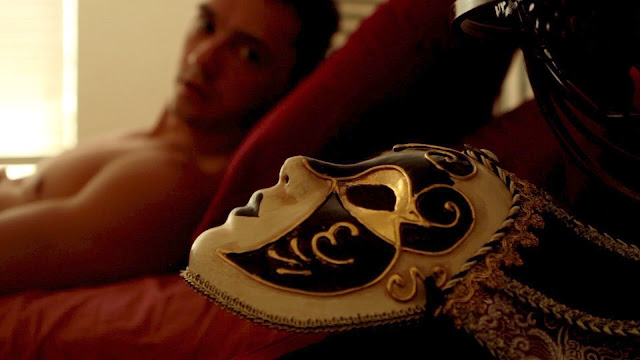 The early edition of Susurrus: Season of Tides was released August 21st. This is an atmospheric, text based horror fantasy adventure where players choose to become a vampire, werewolf or mage. The best thing about it is that it is free to play. It features a horror filled world in a modern day setting, a dynamic MMO that reacts to player choices, the ability to play with a group or go solo and much more. It can be found here if you want to give it a try.

Last but not least the first trailer for animated film Todd & The Book of Pure Evil: The End of the End is out via Raven Banner Entertainment. The film sees it's world premiere in Toronto on 3rd September. This is a sequel to a TV series that I have to admit never having heard of, here we find Todd (Alex House) and his friends looking for vengeance after their friend Hannah is killed. They are on the hunt for the New Pure Evil One. The trailer is full of blood and guts and slightly dodgy looking animation, I guess if you liked the TV show then this will be exciting news for you.