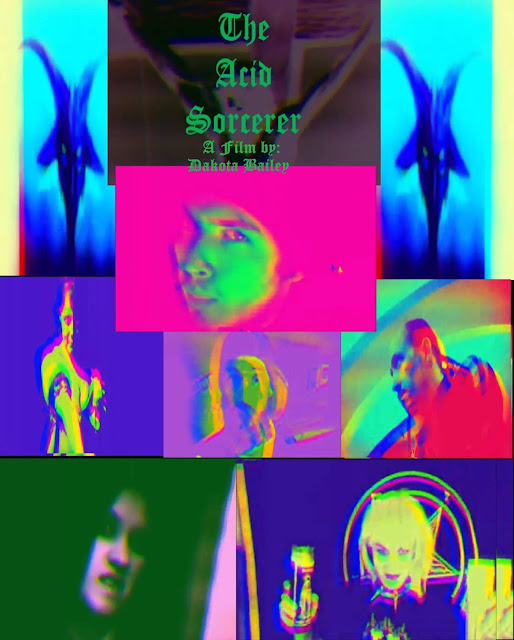 I have a real soft spot for the types of films that Dakota Bailey directs and writes. I love the indie feel to these films and how coherent and consistent the scummy worlds he builds are. While My Master Satan: 3 Tales of Drug Fueled Violence and American Scumbags both had their moments I feel like The Acid Sorcerer is a step up from those while still retaining the familiar style. I loved the trailer for this one and it is always good when a film does live up to it's trailer.

As always there isn't really a central plot to be found here, instead it is once again a slice of life offering showing the day to day life of some true American scumbags. First there is Smoke (Dakota Bailey) who is a serial killer drug addict whose compulsion to kill comes from a shadowy being that follows him around. Then there are homeless drug addict couple Crawdad and pregnant Vermina who will do anything to get their next fix. We also get a glimpse into the life of the most crazy one; cross dressing serial killer and snuff film maker Nikki (Nick Benning) who might end up with more than he bargains for when a HIV infected prostitute becomes his next victim. These characters are all loosely tied together by drug dealer Eyevin (Brian Knapp). 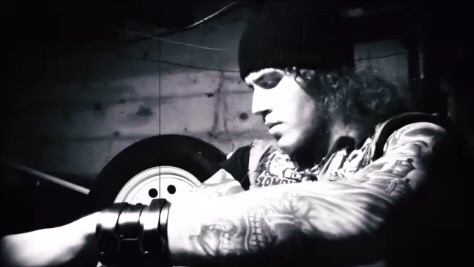 While there isn't much of an actual story playing out after the sometimes meandering and disjointed American Scumbags this felt like a return to form, yet without the sound issues of Bailey's earlier films. While the lo-fi look is a novel thing it is good to be able to actually consistently be able to understand what characters are saying. I also felt the return to more dialogue was a good move as focus on scenes of action never really worked too well. Probably my favourite part of the original films was the psychedelic acid trip segments and here there are two of them that are both great looking in a nightmarish way. I love the filter used for these and with the rest of the film in black and white these brightly coloured sections stand out. As always the film is split into different chapters that helps the disparate story lines stay apart from each other with the traditional Gothic font used for the chapter headings.

There are plenty of depraved scenes here from pregnant women doing hard drugs to a prostitute not caring she will spread her disease to clients of hers, to random and senseless scenes of violence and plenty of animal cruelty, while other scenes are inserted just for shock value but work within the films context. A missing child poster being ripped up and thrown on the ground, a roadside memorial being kicked over, and a child's grave's crucifix being destroyed all happen because every single character here are self serving, nasty people and so it's like they cant help but ruin things. The nihilism and pessimism of the films dark universe is all pervasive, I again felt like this was an alternate dimension, or a near future apocalyptic landscape as there is no hope to be found here, just murder, drugs and abuse. This comes across in the dialogue too, which occasionally comes across as a little cheesy, though with some characters it works. I really liked the idea of Smoke having some sort of split personality represented by a shadowy figure, it felt original and wasn't something I had seen in Bailey's films before. Comments such as "Humans are nothing more than glorified animals" said by a demonic character fit well. I also liked the set dressing, the many close up shots of graffiti with slogans such as 'I spread hate like herpes' added tone to the poverty stricken surroundings. 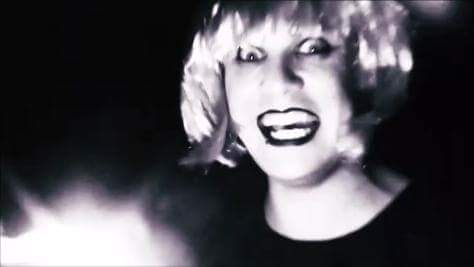 The Acid Sorcerer isn't a film that everyone would enjoy, it can be a bit of an acquired taste, yet there aren't many people who make films such as these, at least not compared to the more mainstream horror/crime films out there. While I felt the ending was a bit of a non event, with no real resolution the 50 minute film as a whole was an improvement over the previous ones with better quality footage, better sound (including a great soundtrack by Ramesses), and some stand out characters (especially Smoke, Eyevin and Vermina). Check out the trailer below. The Acid Sorcerer is coming out on DVD this August, there is currently a pre-sale campaign running on Indiegogo so check that out (here) if you want to know more.