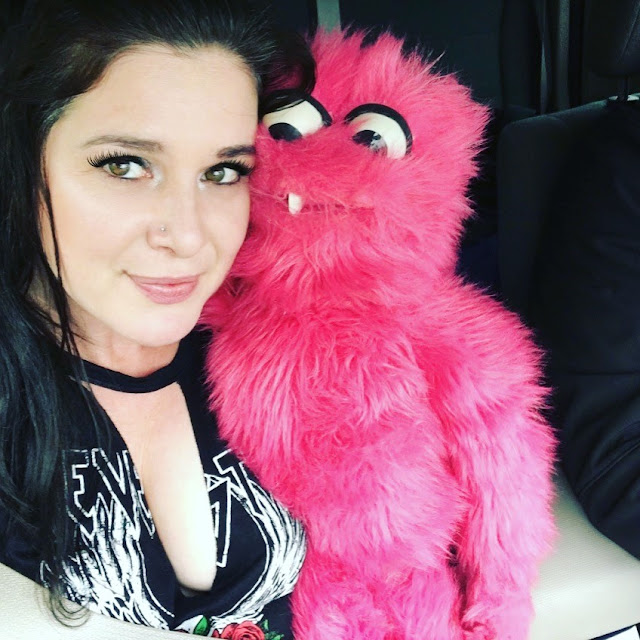 The trailer for Lisa Ovies' upcoming horror film Puppet Killer has recently been released and yes, it looks as wonderfully bizarre as the title would suggest, I actually have a weird fear of puppets, but thankfully the one for this film looks far more like a muppet (ie: cute furry monster) and those I have no issue with. The film features a bunch of notable actors including Aleks Paunovic (War for the Planet of the Apes, iZombie), Richard Harmon (Bates Motel), Lee Majdoub (Supernatural), Lisa Durupt (Murder She Baked), Kyle Cassie (Deadpool) and Gigi Saul Guerrero (El Gigante). Also joining as producer is Jessica Cameron (Truth or Dare) and composer Stephen Gallagher (The Hobbit trilogy) will be doing the soundtrack.

The gist of the plot is that a bunch of high school students are stalked by a psychotic killer obsessed with horror movie icons, whether this will be the pink puppet Simon seen in the trailer or someone completely different remains to be seen. Puppet Killer will be hitting the festival circuit in early 2018, for now check out the trailer below. 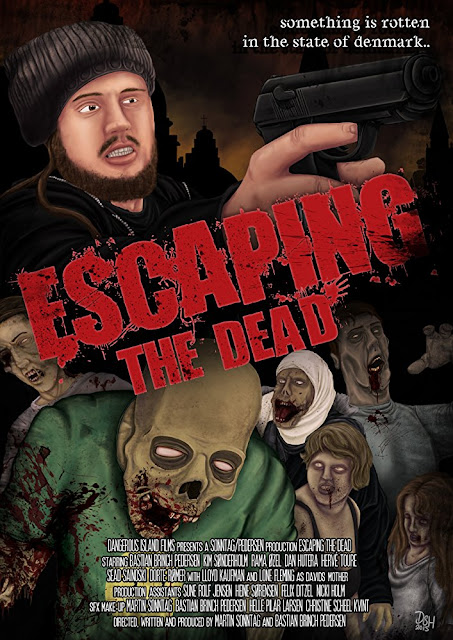 Next up comes news and a generously sized trailer for Danish zombie film Escaping the Dead (I last mentioned this back in 2015, it has had a five year development to it). The apocalypse here is caused by new designer drugs that have the unfortunate side effect of turning its users into brain hungry undead. Inspired by the stories of the effect of Russian drug Krokodil and seeming to share similarities with Goa Goa Gone and Return of the Living Dead: Rave to the Grave (that also had outbreaks due to dodgy drugs at a rave) this low budget horror features prolific actor Kim Sonderholm (Little Big Boy: The Rise and Fall of Jimmy Duncan, Reyes), Lone Fleming (from the classic Italian Blind Dead films) and Lloyd Kaufman (founder of Troma Entertainment).

The basic story is that stoner drug dealer David sets out to escape Copenhagen after an outbreak unfolds at a rave. The trailer has plenty of zombies in it and looks quite low in quality. However the zombie genre is one place where effects don't need to be the best, a case where quantity over quality actually works, as even bad looking and acting ghouls can be scary to see in action. Escaping the Dead has just started being shown at film festivals so keep an eye out for it and in the meantime check out the trailer.