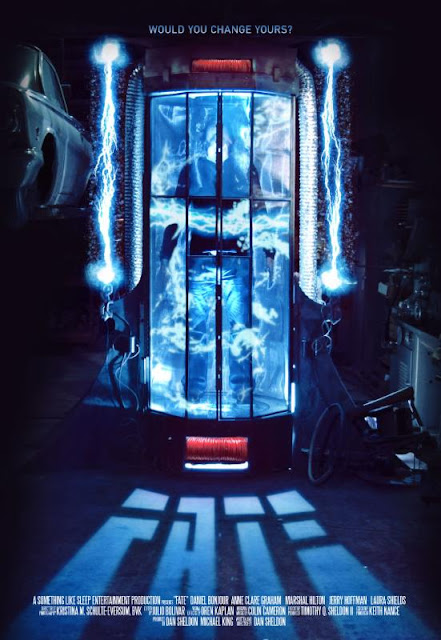 There are two genres that get a free pass for review on my site despite not technically being horror, and they are post apocalyptic films, and time travel films, especially if they are done right. Reading the synopsis for Fate I was heavily reminded of Counter Clockwise that was released last year, both share a very similar story line yet both handle the concept of time travel in a different enough way that they stand apart.

Connor Hughes (Daniel Bonjour) is a brilliant quantum physicist who along with his friend Jonas (Jerry Hoffman) has a government grant to see if it is possible to create a time machine. One fateful night they finally succeed, before anything can happen though their project not only gets shut down but Connor's fiancee April (Anne Clare Lush) ends up killed in a car accident. A year later Connor discovers Jonas has been building a working machine in secret and still in grieving over his wife's death he decides he is going to use it to travel back and prevent her accident, however it can be quite hard to change fate... 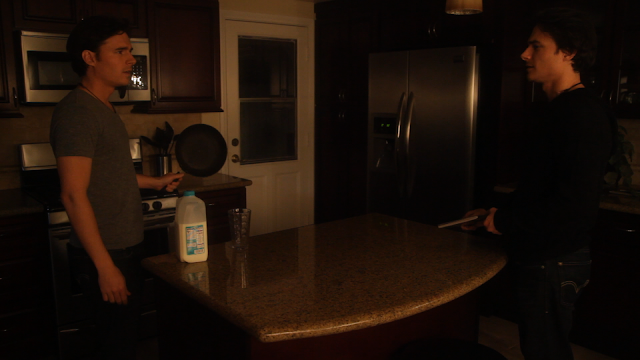 While both this and Counter Clockwise dealt with a man travelling back in time to try and prevent the death of a loved one the actual particulars of the travel are really quite different. The former was a mad rush as the man could only travel to the point the machine was first turned on which as the story progressed was revealed to be far too late a time to actually prevent events. Here Connor is able to travel to any point in time but the stipulation with him is that he is only able to travel back for 60 minutes at a time, and the more he uses the machine the less time he is given, until it is literally just minutes he can stay in the past for. Fate takes quite a while for the actual time travel element comes into play, a good third of the film is the build up to this and helps to build up the core cast. Connor is a flawed hero in that he is shown to be incredibly self centred. At first we see how much his research takes precedence over his relationship and the neglect April has to suffer, then later on we again see his self obsession in the way he uses the machine for his own benefit. Jonas is the opposite, all he does is for the good of Connor despite the fact that his own wife perished in a car accident further in the past and that maybe he would like an opportunity to remedy that? (at least that is what I was thinking).

I always feel that time travel films shouldn't go along happily, that whatever you do you cannot change the past in any meaningful way and it was good to see Fate follow this trend. There is a huge streak of bitter sweetness to this and you can't help but feel wretched for Connor as he is forced to constantly confront the fact his love's fate is seemingly sealed and that the gift he has of getting to spend time with her once again is tempered by the fact that it is depressinly temporary. The soundtrack does a lot to help create this feeling of sadness and loss, it rises to crescendos during dramatic moments, it goes appropriately downbeat during low times but for me it always sounded pretty low budget, I couldn't help but be reminded of made for TV films in the quality of the music which was a shame as it was quite bland. The same is almost true for the special effects which aren't the best but they do do the job adequately, while the directing is functional but director and co-writer Dan Sheldon doesn't do anything too spectacular. 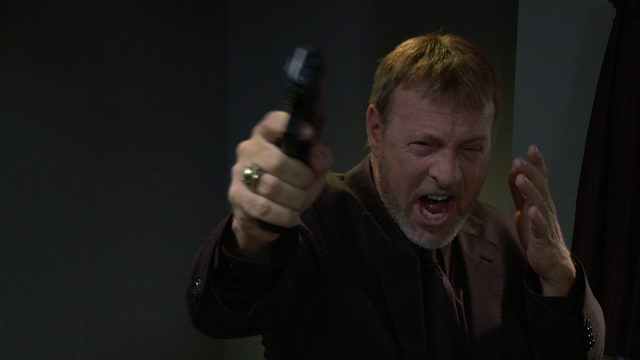 In terms of the plot there isn't much call for grand spectacles and that works in Fate's favour as it tells a dramatic sci-fi story adequately even if some of the pseudo science is pretty dodgy (at one point Connor states that it is known time passes due to the rotation of the planet, I'm not a scientist but I'm pretty sure that's not how it works!). We have shady government antagonists, love triangles and always the ticking of the clock that all culminates in a downbeat ending. For anyone who does watch this I would say definitely stay until the end of the credits if you want a ray of hope (or a continuation of errors depending on your viewpoint).

Aside from the cheap sounding soundtrack (that admittedly hits all the emotional beats) Fate had a lot of good things going for it, I enjoyed the plot, while the performances were fine enough, and it was good that the time travel element had such interesting constraints to it. If your after a decent enough time travel movie then give this a shot. Fate is getting a Digital HD release on August 15th on such places as Amazon Prime, Google Play and Vimeo on Demand thanks to Self Destruct Films.