I have been neglecting my inbox for The Rotting Zombie quite a bit lately, there just isn't enough hours in the day. So there shall be an assortment of random bits of news I have stored up there, I shall keep going until my dinner is ready! Firstly I have a very NSFW trailer for sexploitation horror Dracula in a Women's Prison. What's worse than being in prison? Being in prison where the guards are vampires and the warden is none other than Count Dracula (Robert Rhine). From the trailer it seems some of the inmates escape only to get a change of heart and return to free the rest. It seems full of very bad CGI, humorous horror deaths, and lots of nudity if that is your thing. This movie is now available to rent or buy from Vimeo now.

Terror Films's Inner Demon is now available on 'the Netflix of horror' Shudder. This award winning Australian indie horror (directed by Ursula Dabrowsky) is about teenager Sam (Sarah Jeavons) who along with her younger sister manage to escape from a crazy serial killer couple. They take refuge in a cabin they find out in remote woods but discover an even bigger terror there. Again, the trailer is included below.

From the creators of Horror News Radio comes Gruesome Magazine that is a quarterly magazine avaliable in digital format and coming soon to Print on Demand. The magazine is going to focus on independent horror films, horror film festivals and the future of horror (whatever that may be). The digital magazine is $3.99 while the print edition will be $9.99 and is 48 pages long. 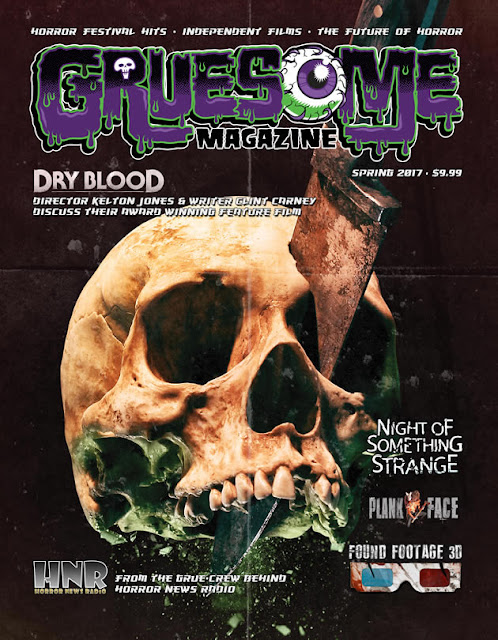 In final news (for my dinner is nearly cooked) we go back to the world of horror film trailers and news with the announcement that Indian horror Islamic Exorcist was released by Cinema Epoch on 11th July on VOD and other Digital Platforms in the UK, USA and Canada. IBleedIndie will be releasing it on Vimeo for other parts of the world. I haven't actually put up the trailer for this before so will include that below for your pleasure.

Posted by Daniel Simmonds at 09:20