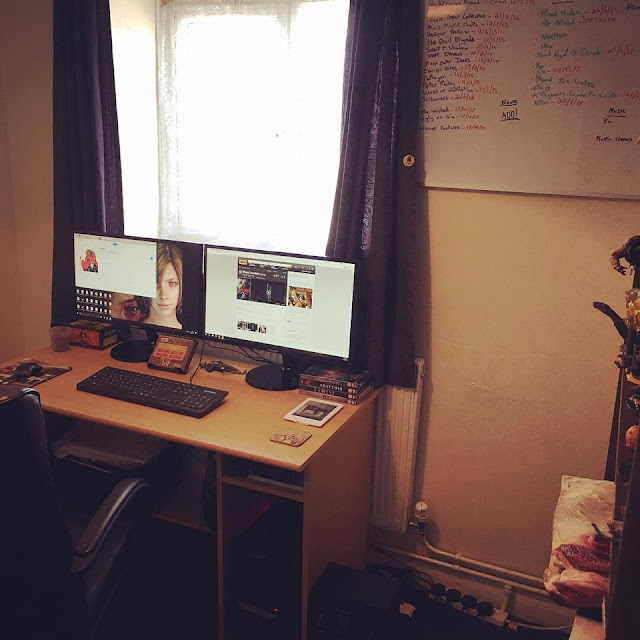 It's that time again when my inbox here at The Rotting Zombie HQ is over flowing with news requests and so I shall fling them out in the style of words on a page. I have no idea what news there shall be as I am going to work my way upwards until my rotting visage bursts out the proverbial mail sack.

Peelers; the zombie film set in a strip club came out on DVD and Blu-ray in the U.S in time for Independence Day, followed by a Canadian release on VOD come July 11th. I said of this when I reviewed it last November: 'this certainly has its moments, and is worth watching for the zombie make-up'. It also has a ballsy ending that I appreciated. Another zombie film; Night of Something Strange also released recently...today in fact it came on on VOD worldwide. I reviewed this one also back in November and thought it was a funny and entertaining film that had great (and very gross) special effects, plus it features the legend in the making Wayne W. Johnson who is a delight to watch whatever role he happens to play. Now I saw both Peelers and Night of Something Strange at the UK Festival of Zombie Culture 2016 and in very sad news indeed I can report that festival is it not coming back in 2017. The tireless event organiser Zombie Ed put out a statement that said work commitments have meant he has not had time to organise it. I really hope the festival does return in 2018 as it is a legitimate highlight of my year, me and my best friend always have such an awesome time.

The king of lo-fi sleazy crime films Dakota Bailey (My Master Satan: 3 Tales of Drug Fueled Violence, American Scumbags) has a new film coming out quite soon, it is titled The Acid Sorcerer and judging from the frankly awesome trailer is going to be filled with violence and horror. His style of film making may not be for everyone, and at times it seems he does go out his way to try and shock, but even if you have no interest in the film check out the trailer below as it is sublime (and I love that the psychedelic nightmare drug sequences are back).

Directer Jim Klock's 6.66 PM is a horror comedy that is getting its world premiere in November. In this film a group of fake ghost hunters enter the home of a dead serial killer to make a TV show, but to the fraudsters shock they discover the spirit of the notorious killer actually does live on, and he intends to start a new killing spree starting with them. It is hard to tell from the teaser trailer if this is going to be good or not, but check it out and see what you think.

In some more horror film news Woodhaven Media have launched a brand new website and merchandise store. Woodhaven Media are a motion picture production company that are known for horror genre movies. These films can now be brought from the website (here) as can t-shirts and more merch is to follow in the future.
I first mentioned Slashening 2: The Final Beginning back in September, this was to be the follow up to the comedy horror The Slashening but sadly halfway through filming Annum Films ran out of money and are currently trying to raise funds to complete it. To do so they have created a Go Fund Me page (that can be found here). As a sneak peak of what the final film will be like the first 12 minutes have been released fully edited, I shall include it below. The guy who plays the home owner in the clip is scene stealing every time and I loved how it makes a lot of reference to the events of the first film.

So a whole bunch of film info there, I will end by saying my new office is up and operational, it feels great to have a room dedicated to this blog and not just a corner of my front room! It's in the early stages still but as Caught in Joy sings; Rome Wasn't Built in a Day.
Posted by Daniel Simmonds at 13:44