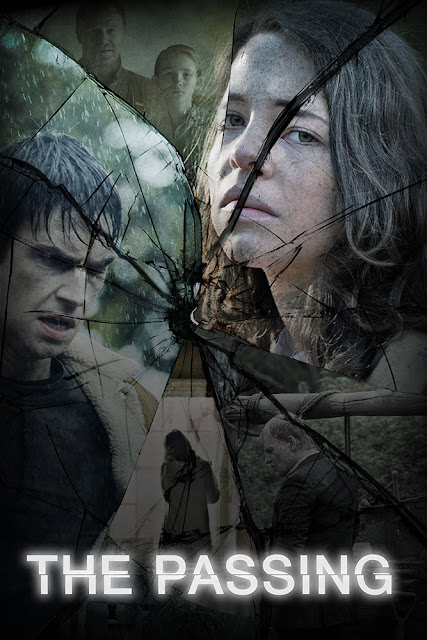 The Passing (Yr Ymadawiad) is not only the first Welsh language horror film I have ever seen, but in fact the only Welsh language film of any genre I have seen. This isn't really surprising seeing as the language is pretty niche nowadays but it did make a nice change. It is well into its second half that this award winning film starts to become more of a horror, for the most part this is dark drama through and through with stuff of a paranormal persuasion only mildly hinted at.

Reclusive middle aged Stanley (Mark Lewis Jones) discovers a crashed car in a small river near his very remote home deep in Wales. There he discovers a couple; Iwan (Dyfan Dwyfor) and Sara (Annes Elwy). With Sara unconscious and injured Stanley takes her back to his small cottage. Time passes and the three settle into living together, but the more time goes on the more possessive and twisted Iwan gets at the close bond that starts to develop between his lover and Stanley... 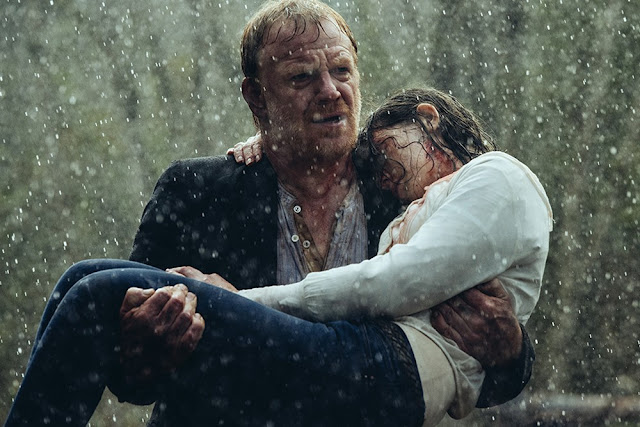 The Passing is a very slow burn of a film, one in which there really isn't much dialogue at all. It is nearly ten minutes into the film before anyone speaks and even then it is always very fleeting. Stanley by nature is a man of few words, while Sara is meek and recuperating. A lot of the dialogue falls to the increasingly bitter Iwan. It is hard to judge the acting in terms of language as I don't speak it (though a quarter of my blood is Welsh) but the performances of all three were pretty impressive. With just three characters a lot rested on their shoulders and they succeed in this regard, especially with Jones who just radiates loneliness and sadness. I also thought Elwy put in a really good turn, you really get a feel for how much she pities the reclusive man. With regards to the subtitles they are well translated, but only the Welsh parts are with the English words not subtitled, nor characters names. This was only a small issue but I felt that everything should have had titles as especially with names it was weird not having them show up when everything else was.

The best thing this film does is build upon the foundations of the very literal isolation the trio are based in, with each of the three having their own isolation within themselves. Sara has a secret she is keeping from Iwan, together they have a secret they are keeping from Stanley (strangely enough it was what I had assumed the second I saw the pair), while Stanley keeps within him the tragic story of just how he came to be so alone. The setting has a timeless feel to it, there is no sign of modern technology, the closest we get is an ancient record player, meanwhile the couples car I could not even begin to guess what era that is from, and the fact all three seem to have Welsh as their first language also adds to the out of place feel. This creates a feeling of unreality which is compounded by the infrequent appearance of a child like figure glimpsed through windows and in mirrors, and also of Sara's flashbacks to when the car she was in plunged under water. I started to get a feeling that maybe it would be revealed that her and Iwan never survived their crash, but then I also got the feeling of a Psycho type vibe going on, funnily enough with either of the two males this vibe fitted. 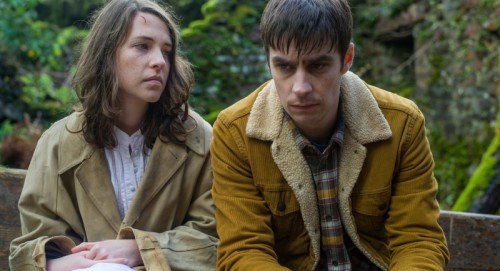 Even going in to this expecting a slow burn horror you may well come out disappointed, as I said at the start of my review this is very much a drama, one tinged with sadness and regret. Even with elements of the supernatural I felt slightly like this wasn't a good fit on my blog, though the subdued finale did pick things up to the point where I felt a lot more invested in the bleak tale and actually made me think a bit. For some the subject matter may be a bit wrong at times with scenes of voyeurism and taboo topics but for me while Iwan's descent into bitterness was off putting I found the overall feel of The Passing to make for an interesting character piece. The Passing came out today on a variety of digital platforms.