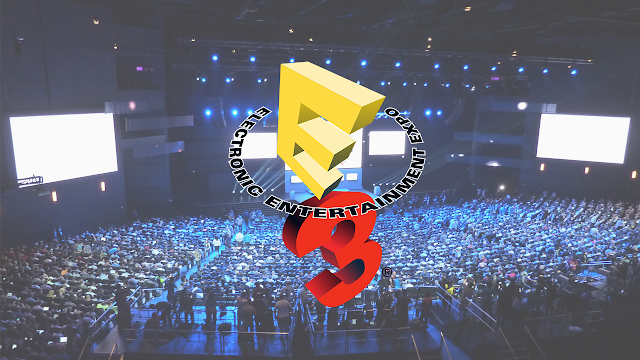 E3 is the biggest gaming event of the year and so it is a good guide to seeing what games will be coming out in the next year or so. It is a tradition that I cover the horror games announced at the event (or at least the most notable). While there were a lot of cool games announced and shown off I did feel a bit under whelmed this time around, I don't know if it was due a lot of these new games either being at E3 2017 as well, or the fact many only had CG trailers that showed literally nothing interesting or if I was just feeling a bit jaded.

So starting off with more fantastical games you have God of War shown for the second year in a row at Sony's conference. This soft reboot sees you as Kratos fighting not the Greek Gods but the Norse Gods instead. It all looks attractive and the previous games were good enough so I imagine this will be bloody fun. New DLC for post apocalyptic sci-fi/fantasy game Horizon Zero Dawn titled 'The Frozen Wilds' was announced, I have yet to play the game so I'm not too fussed about this. Destiny 2 I have known about for a while but it was good to see a gameplay demo, and I found the notion of the opening mission taking place in the hub area of Destiny to be pretty cool. There was also the fantastic announcement of Metro Exodus which takes place in the nuclear wasteland of a future Russia. I thought Metro 2035 was a really good game, while sequel Metro: Last Light didn't shine as brightly. I have hopes for this third in the series. Apparently this time around the metro system is being left behind with a surface level journey being the main focus of this one.

Still on the topic of post apocalypse we have Code Vein that is being published by Bandai Namco Entertainment and is due to come out on PC, Playstation 4 and Xbox One. The game is an RPG and has a vampire thematic, from the sounds of it you will be playing as a vampire/vampires. That takes us to Vampyr (another game at last years event). This is an action RPG coming to the major consoles in November. You play as a vampire who has the option to drink the blood of humans, or refuse, this leads to a vastly different game world as it progresses. I couldn't mention vampires without talking about Bloodstained: Ritual of the Night which is a spiritual successor to the amazing series of Castlevania games. This game has you in Metroidvania fashion exploring a huge demon filled castle with plenty of scope to head back to previous areas to use learned skills to open them up further.

Other horror games announced include The Evil Within 2, the first game in the series was a bit of a mess with far too many different ideas shoe horned in. However the DLC was a huge improvement and so I hope a new game in the series will follow this trend of improvement. This takes place three years after the end of the first with main character Sebastian heading back to the virtual world of STEM to look for his missing daughter. This is coming out on October 13th so not too long to wait. Call of Cthulhu was another survival horror that was mentioned. Outside of a CG trailer I have no idea how this is going to play out, hopefully it lives up to the horror of H.P Lovecraft's stories.

A couple of interesting VR horror games were also talked about. The Inpatient takes place in the Until Dawn world but sadly doesn't look like a sequel to the amazing on rails Until Dawn: Rush of Blood but instead has you exploring a psychiatric hospital. This is a prequel to the main game and takes place sixty years in the past. Doom VFR sounds cool on paper, it is set in the world of the re-booted Doom from last year and I assume it will be a mix of puzzle solving and demon fighting. Skyrim is coming to PSVR towards the years end. It would be awesome to see this world in VR but I don't know if I liked the game enough to revisit it after my first 130 hour playthrough, even if it is in VR. Fallout 4 is coming out in VR as well but as it's not PSVR I don't really care about that.

Left till last are the zombie games which to be honest don't actually fill me with that much excitement. The weird Metal Gear Solid spin off game Metal Gear Survive was playable. In this one a wormhole has sucked some characters from Metal Gear Solid V into a parallel dimension full of zombie like creatures, it seems to be an arena stealth game and by all accounts is pretty bland to play. Fortnite has been described as Minecraft meets Left4Dead. During the day you collect resources to build a fort, by night you have to protect it against undead attack. Even though it's made by the people who did Gears of War this doesn't appeal to me at all. State of Decay 2 is coming to PC and Xbox One, from what I remember the first was an open world survival game (I actually own it but haven't got around to playing it yet). Finally is open world Playstation 4 zombie game Days Gone. Last year the demo made this look pretty awesome with World War Z style rolling zombies. The demo this year focused more on fighting humans with ghouls only appearing briefly. It reminded me of The Last of Us a bit but I do hope zombies feature more than what was shown here.

So that is E3 2017, nothing really to excite too much, I had hoped for Bloodbourne 2 to be revealed, and a demo of The Last of Us 2 but both were no shows. People need not worry though, there are plenty of horror games coming out as of always.
Posted by Daniel Simmonds at 10:28