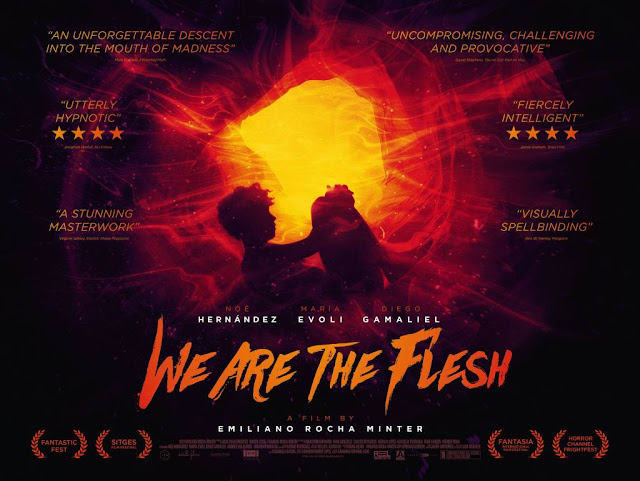 I passed up the opportunity to review the very bizarre Mexican film We Are the Flesh earlier this year as it didn't exactly sound like something I would find that entertaining. However seeing it pop up on Shudder, and with it being an eligible contender for the 2017 Fright Meter Awards I decided to give it a shot.

We Are the Flesh takes place in a seemingly post apocalyptic world, one where a teenage brother and sister have stumbled upon the dwelling of insane Mariano (Noe Hernandez) while exploring the ruins of an unnamed Mexican city. In exchange for letting them have a place to stay, and for providing them with food Mariano asks that they fulfil his dark desires. The longer they stay with the man the more his madness begins to infect them... 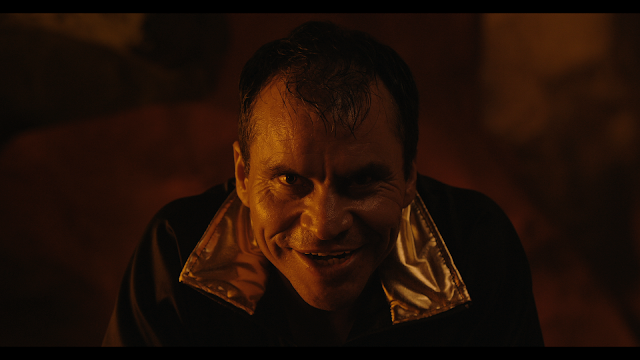 This is a very strange film, one that feels more as an expression of art than one that is making any attempt to make any sort of cohesive sense. The bare bones plot soon disappears into a montage of unconnected scenes that looses any sense of narrative, leading to an almost, but not quite surprising end. This is a very sexually explicit film, I believe it even achieved the same rating as porn gets in it's native Mexico. There is full frontal male and female nudity, there are scenes of incest, necrophilia and rape, and this becomes the main focus of the film with very little shown but various sequences of people rolling around on the ground.

To be honest this wasn't for me in it's general tone, I didn't really understand the message We Are the Flesh was trying to impart. At times I thought maybe the message was just that incest is a good thing? I really don't know, it could even be so abstract that the brother and sister only exist as figments of Mariano's mind. It is ten minutes after all of him acting like a complete loon before they make an appearance in the dilapidated building he calls his home. Everything is abstract here, food gets delivered by a hole in the wall, characters die, or get mortally wounded only to show up later perfectly fine, and then there is the dialogue. It's in Spanish with English subtitles which is fine, but often the characters speak in rhyme, or with analogies about the state of the human condition. There are some interesting musings, such as embracing isolation rather than being suffocated by it, but more often than not it really didn't mean much to me at all. 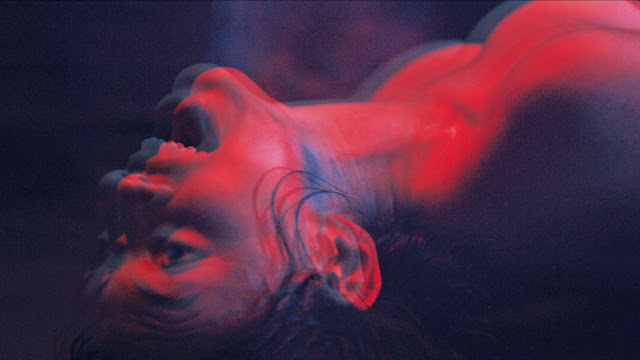 The best thing about the movie is the sense of place, with the entire film taking place in this ruined sanctuary it becomes the world of the film, it's own little empire of insanity. The camera work is very good, and the film quality is also strong. This feels like a desolate lawless place, with it never stated that it is post apocalyptic, but the feeling being one of world wide devastation. Characters directly state the world is over, but only in the language of analogy, with it never being explained just what it is that has reduced humanity to this state. There is also some decent directing with events being filmed in an attractively messy way.

When it comes down to it We Are the Flesh is a very unique film, but it is one that is too art house for its own good. The themes were lost on me, and being made up mainly of taboo exploring scenes left me feeling cold, as did the lack of any real plot after the first twenty minutes. A good quality confusing film that despite some compelling acting (especially by Hernandez) was more off putting than enthralling with me just wondering what the point of it all was.