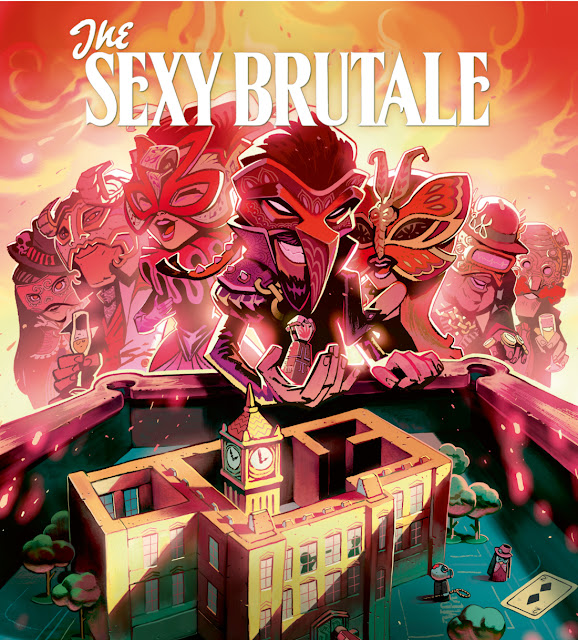 Time travel is such a cool concept in pop culture, the idea of being able to go back into the past and fix the wrongs there to make the future better is one that has been played out many times. With this game the inspiration seems to have been the classic movie Groundhog Day as the entire game takes place over 12 hours with the main lead repeatedly travelling back to the days start to try and save the guests of The Sexy Brutale.

You play as a priest named Lafcadio Boone who wakes up in the casino mansion of Lucas Bondes. A blood covered apparition informs him that she has broken him out of the loop him and the other guests of the yearly gathering taking place there have been trapped in. He is tasked with preventing the deaths of the other guests at the hands of the murderous staff. To do so he must sneak around the mansion spying on characters to work out first how they are killed, and then travelling back in time to try and find a way to prevent their deaths. The first murder for instance has Lafcadio needing to swap out a live bullet in a rifle for a blank, later on these murders get more convoluted involving a whole range of inventive deaths. 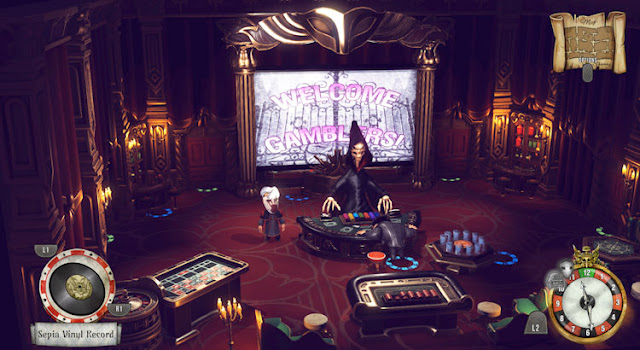 In essence this is a stealth game, and the exaggerated look of the characters, and the unique identity the mansion has brought the cult Playstation 2 game Gregory's Horror Show close to mind. Especially as like that game you are not able to do anything but sneak around. You spy on other characters by peeping through key holes, eavesdropping on their conversations, and gaining knowledge to help you on your way. As you spot the various characters they then show up on your map so that as you play an overall view of where everyone is and what they are doing at any given point in time is shown. Should you enter a room with a character in it then time pauses and the masks that everyone are wearing (the party was a masked ball) detach from their faces and chase you. For each character you save you get an extra ability based on who they were. Saving the life of the former thief for instance gives you the ability to pick any lock, while once you have saved the spirit medium you get the ability to talk to the many ghosts that populate the building.

The Sexy Brutale is a large mansion made up of a large number of different wings and rooms. I worried at first that even discovering the next guest to save would be hard, yet you are gently guided to where you need to go next, often doors are magically sealed so that you are funnelled into the right area. The game looks beautiful with each and every room having so much attention to detail lavished on it. Most rooms give you objects you can look at for more incidental information, while as you progress secret passages and rooms are discovered and added to your map. It is good you are gently shown where to go next, but it did make the game a little bit easier than I at first imagined. This coupled with the fact there is only one correct way to prevent a death means it was a breeze to get through, I only started getting stumped towards the end. 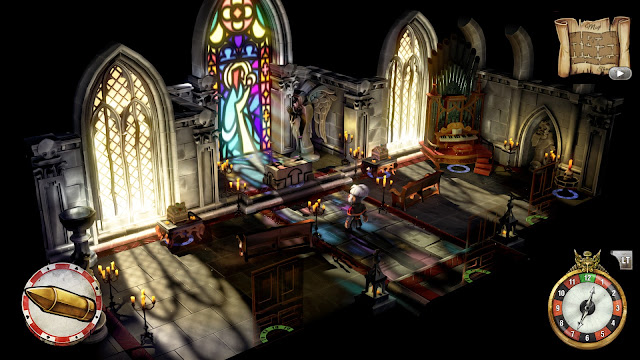 The plot eventually reveals itself to be something pretty special but for a lot of it there is a lot of mystery, such as just who the bloody apparition helping you is, as well as just why the staff are all out to murder the guests in such violent fashions. Despite the cartoony look there are some brutal moments, my favourite death had an opera singer who was tricked into singing a high note near a huge stained glass window which then shatters and slices her open. These deaths were all memorable and so despite the repetitive fashion of preventing these I never got bored, especially as the mansion opens up more and more as you get through the various chapters. The Legend of Zelda: Majora's Mask seemed like another influence, the way you can't keep any objects you pick up once time has been rewound, and how you only save guests temporarily reminded me of the story based frustration I felt there. There is no real satisfaction from saving anyone as each time the clock goes back so does the set up to murder, and so as you progress you can hear telltale noises in the distance that remind you of the murders that you are not there to prevent (such as a gun shot and glass smashing at the same time each new cycle).

While not the longest game in the world I felt it was perfectly paced, you are just doing the same thing time and time again so at around four or five hours I felt I had gotten as much fun as I could get from this. The Sexy Brutale looks and sounds great (a fantastic soundtrack!), and despite sharing similarities with a few other games of the same type I found this time travelling stealth adventure to be novel and fresh feeling. Worth a play through once but I don't know if I would ever go back, as even with the knowledge of additional endings, and a whole set of hidden playing cards to locate I feel I had my fill of this.