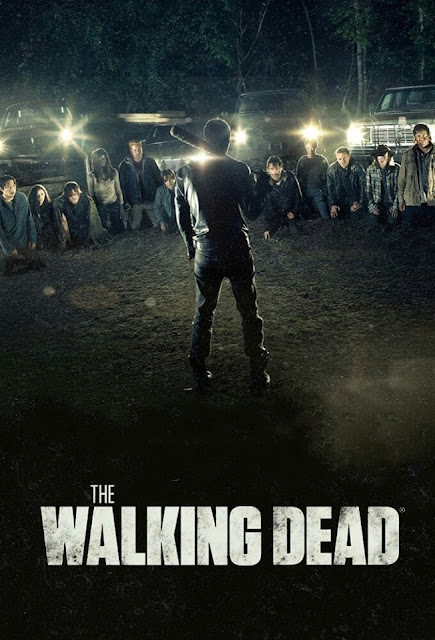 With season 6 ending on a huge and devastating cliffhanger my impatience was high for the return of The Walking Dead. I would class myself a huge fan of the show, yet with recent seasons I had started to become too irritated by plot decisions and a lack of any real new ideas. This irritation does continue with season 7, yet I found myself better able to look past the flaws due to the fresh feeling this new season brought. There has been a lot of online moaning about the direction The Walking Dead has gone to, with many people feeling this was a mediocre season, to me though I would say it is definitely up there with the best. There will be spoilers from previous shows, as well as mild unavoidable spoilers for this season in my review.

So Rick and his band of followers were last seen having just been captured by The Saviours and their leader Negan (Jeffrey Dean Morgan). The new show picks right off with Negan enacting bloody vengeance on at least one of Rick's group. Completely defeated Rick agrees to surrender to the band of thugs. With Rick and New Alexandria now under The Saviours control it is up to the rest of the group to try and fight on. Maggie heads to the Hilltop colony where she starts to assert herself as the new leader, meanwhile Morgan and Carol end up at a bizarre Medieval styled place called The Kingdom, ruled over by King Ezekial and his pet tiger (!). It soon starts to become clear to all these places that living under Negan's law is no way to live at all, and that they need to unite to defeat him... 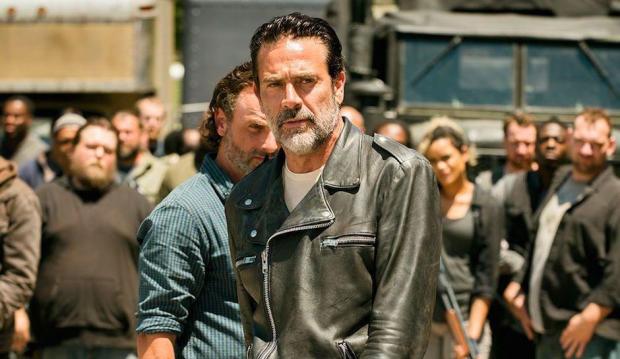 As always the show is split into two halves, separated by around a three months gap. As such my memory of the first half is a bit murky. Negan is a fantastic antagonist, he is made to seem like a monster so that his every appearance made me nervous as Hell. His brutality is set up in the traumatic first episode. This was not a pleasant start to the season at all, Rick and his people are subjected to pure misery with some scenes that made me want to look away. Any fear that this was the new tone for the show thankfully dissipated with a much more mellow and almost cheery second episode. After these two polar opposites things head into more of a balance with Negan forever causing anxiety to me whenever he appeared, but there being plenty with him not in it. The great thing about Negan is sure he is a dangerous character (who makes The Governor of season 3 look like the equivalent of a school yard bully), but he is also legitimately laugh out loud funny. He has a sarcastic way to speaking that couldn't help elicit laughs, even when he kills good characters what he is says is so damn humorous. I also love how there is a twisted order to how he acts, he is just as likely to kill you as he is to offer you the chance to join him that makes him unpredictable. This is a season of solid bad guys, such as Simon; one of Negan's lieutenants who also has plenty of really funny moments, and a heel turn by a show regular that made a pretty dull character change into a role he felt made for.

Keeping with the trend of the show since season four there are a fair number of episodes that follow just one or two characters from the group. There are the usual suspects such as Michone and Rick going off for a weird romantic comedy adventure, and one with Daryl and his existence as a prisoner of The Saviours. There are also other characters you would not expect who get their chance to shine...and their chance to try and shine. The awesomeness that is Carl Poppa gets his own episode when he decides to try and assault Negan's HQ, Eugene of all people gets one as well, while quite an important episode in terms of future events features a woman who sticks in the mind so badly that I can never remember who she is. She discovers a remote secluded community and does plenty of things, yet to me she is a no-one character and so I found it hard to care at all about her. Ones set at The Kingdom have their own unique feeling to them, I really enjoyed the idea of that place, while Ezekial and his CGI tiger are novel. There are such a huge amount of people in the show now that I don't really know even half their names. It is a shame that there still wasn't anyone from New Alexandria who felt like they will ever be anything but background people (seemingly existing only to get killed off by Negan every now and again), while for much of the show Hilltop seemed to consist solely of cool Jesus and cowardly Gregory which made them seem like an odd-couple, and their arguments about the people of that place moot by everyone else constantly being absent. 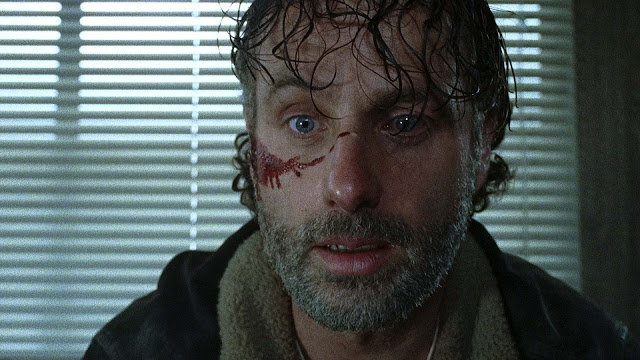 The point of The Walking Dead comic was to focus on the humans rather than the zombies, this is the first time that this really bears onto the show. There are plenty of awesome zombie scenes, yet they are barely a threat anymore with only a very small amount of people being killed by them. When they do appear they are as fantastic looking as ever, there are ones from the beach that are covered in barnacles, ones that crawl out of a huge pile of sand, even an armoured one that appears in the Mad Max inspired garbage dump home of a very weird band of people (and that felt like it had walked straight off the set of Z Nation). The make-up effects continue to delight, it was just a shame that as a knee jerk reaction to complaints at the level of violence in the opening episode the gore was toned down for the second half.

The plot is not bad at all this season, following a clear arc of everyone slowly rising up and uniting to fight back against their oppressors. There are the usual list of stupid story decisions by the plot writers with huge leaps of logic needing to be taken to properly enjoy the events. While the finale might be one of the best for a very long time you have to accept the fact that time only passes for people who are on camera, and that people on camera can't see people off camera. Also one character (Heath) vanishes very early on in the season never to return, he is never even referenced again which is especially weird when you consider him and a woman (whose name I can't recall) went out on a mission together, yet when she returns alone no one questions her as to his whereabouts. Now this may be a spoiler but in episode one Negan kills Glen in shocking detail. The thing is the show have pretended to kill him off so many times before that I felt you only saw him properly get killed as by now viewers would assume he had just had his death faked again (that's the way I saw it). 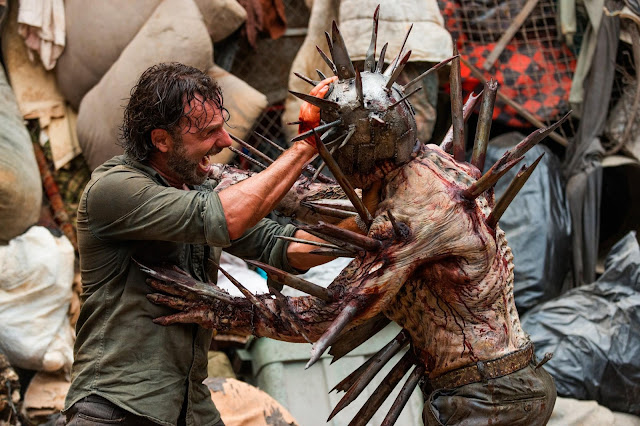 I have rambled on far too much so I will end with saying that after a few seasons of not really changing up the action too much this time things are really improved by having a solid antagonist, a clear goal for the good guys to follow, and an influx of quite interesting people. I really do not know why the show has faced such criticisms but the way this ended has led me to believe season 8 is going to be quite the action packed spectacle.