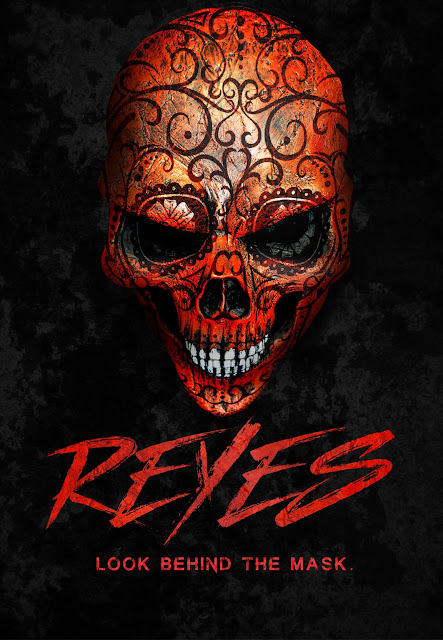 The official trailer for German horror film Reyes is now avaliable to watch online. If you have never heard of that film then don't worry, me too! The film that's currently still in production is directed by Patrick Templin and Rene Wiesner (ABC's of Superheroes) and stars the prolific Kim Sonderholm (Sinister Visions, Little Big Boy: The Rise and Fall of Jimmy Duncan). It is also going to star Bill Hutchens (Human Centipede 2 and 3), Shawn C. Phillips (The Corpse Grinders), Antonio Monroi (Texas Rising) and Patrick Jahns (Bunker of the Dead) among others.

In Reyes Sonderholm plays Mick; an author in a slump who is looking for inspiration for his next book. While on this quest he stumbles across something very sinister occurring in his home town. Apparently the film is going to feature occult rituals and human sacrifice. The trailer has a nice sense of atmosphere to it, though as always is hard to gauge the quality, though Sonderholm always puts in a solid performance. Check out the trailer for Reyes below and see what you think.

Posted by Daniel Simmonds at 09:20