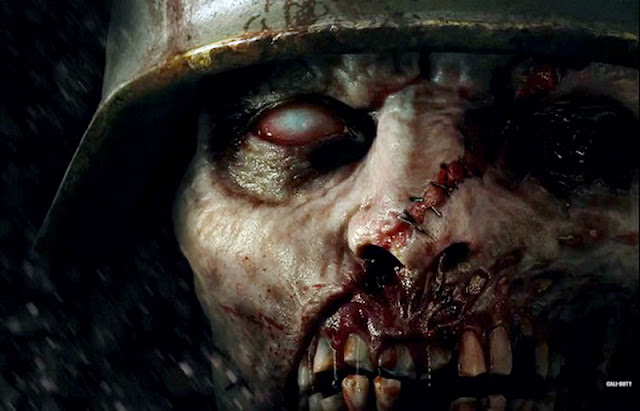 The new Call of Duty game was revealed last Wednesday, it is to be called Call of Duty: World War II. The reveal was cool and everything but it was the final piece of news that really stood out to me as it was announced there is going to be a Nazi Zombies game mode! There are no other details yet, but I suspect (and hope) it is going to be in the traditional style of wave based survival. In complete contrast to the goofy (but super fun) Infinite Warfare Zombies mode this seems like it is going to be far more serious and horrific. Also in news the demo for sci-fi survival horror game Prey is now up on the Playstation store, you should check it out, I haven't myself yet but will be trying it later. Outlast II came out last Tuesday, I am probably going to wait for it to go on sale as by a lot of accounts it is merely ok, with it getting some pretty average scores across the board. Lastly giant monster simulator Mighty Monster Mayhem came out on Steam VR/ HTC Vive earlier in April. This game lets you play as one of five different versions of iconic monsters as you rampage through 9 different cities in the single player campaign, or battle with or against friends in multiplayer. It has gone for a colourful cartoon style look rather than serious but sounds like it could be fun, check out the trailer...

Next for some news that has some good and bad parts to it. Hex Media's almighty Lord of Tears is currently available to watch and download for free, not only that but it is the special edition directors cut of the film that features a brand new edit and new sound design. Unfortunately the link (here) states this offer of the free film is not available here in the UK, or indeed Ireland, which sucks (this is due to distribution rights). Far more better news is that there is a prequel of sorts to Lord of Tears! This is titled The Black Gloves, is set in the 1940's and is filmed in black and white. A psychologist obsessed with the disappearance of his young patient, and the owl headed figure that haunted her dreams ends up arriving at a remote Scottish mansion where he discovers a reclusive ballerina who is also plagued with nightmares of the owl man. He soon finds himself caught up in terrifying events when he learns this figure is real. The film features Macarena Gomez (Dagon), Nicholas Vince (Hellraiser, Nightbreed), Alexandra Nicole Hulme (Lord of Tears), and Jaime Scott-Gordon (The Unkindness of Ravens). The Black Gloves is a co-production between Hex Media and Dark Rune Productions in association with 3rd Monkey Entertainment and Lights Out Productions and is due for release Autumn 2017. Check out the creepy trailer below..

More film news now with the announcement that the very fun Japanese retro horror comedy Bloody Muscle Body Builder in Hell is going to be coming out on limited edition VHS! That is a perfect fit for this entertaining film, it also came out on DVD on 24th April. Both the VHS and DVD can be purchased here.
Short Danish horror film The Night Circus is currently free to watch thanks to Ekko's shortlist. It was directed by Eskild Krogh and stars the prolific Kim Sonderholm (Harvest, Cannibal Fog) and is about two men who clean up mob hits discovering their business has turned very strange one fateful day. It is just 9 minutes long and features virtually dialogue so being a Danish short is not an issue. It's quite a mysterious film that builds up a nice atmosphere, check it out here. 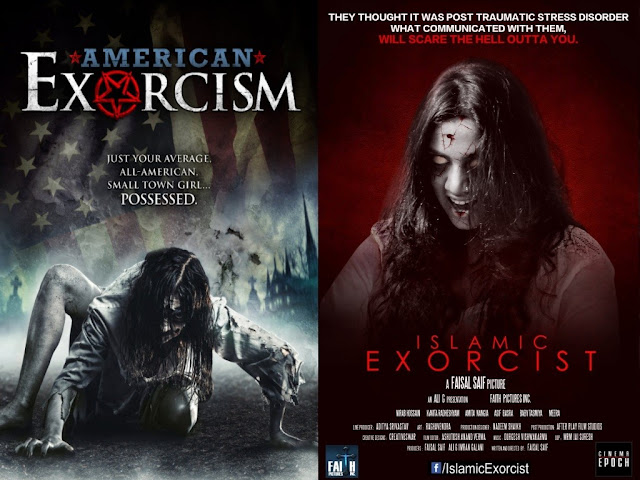 I mentioned Indian exorcism film Islamic Exorcist just last week, and now have discovered that another exorcism film; American Exorcism is also coming out in May. Islamic Exorcist is due for release 26th May on VOD and Direct to Video, reportedly based on a true story it is about a couple whose adopted daughter becomes possessed by a demon and so the father is forced to kill it. American Exorcism is directed by Tripp Weathers and is due out on VOD and Direct to Video on May 2nd. In this one Damon Richter is brought back into the world of evil and exorcisms he thought he had left for good when he is brought news that his estranged daughter is in serious trouble.

Last but not least Midnight Releasing have picked up the rights to horror film WTF! for North American distribution. It is director/writer Peter Herro's first feature film and is a love letter to classic horrors. Rachel survived a brutal massacre in the past in which she barely escaped alive, and which claimed the lives of her friends. Now three years later and Rachel has gone to a party with her new group of friends at a secluded house in the woods, but it seems history is going to repeat itself. Will Rachel manage to survive this time as well? It is an interesting premise, see for yourself in the trailer...