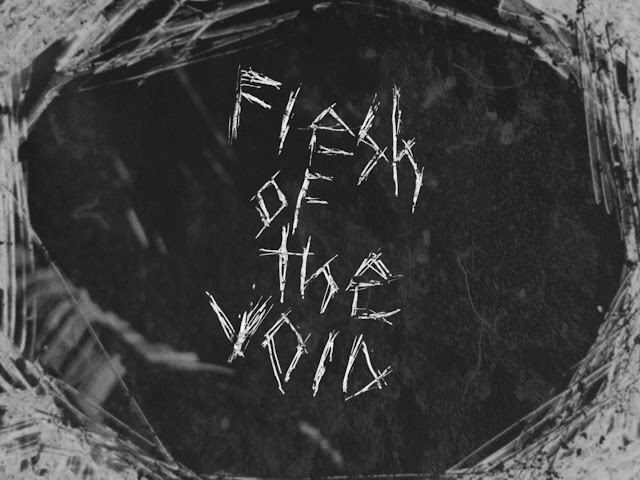 Indie media production company Sodom & Chimera Productions have recently released a trailer for their upcoming horror film Flesh of the Void. The film is designed to be a provocative and experimental film that tries to deal with the question 'what if death really were the most horrible thing one could experience?' and attempts to show a visualisation of what dying could be like if that was the case. From the blurb in the press release alone this sounds like it is going to share a lot with art house films.

It seems like this is going to be about exploring a theme rather than telling a story, the trailer (included below) is certainly darkly trippy with black and white grainy footage and seemingly unrelated images, kind of like the video that plays in The Ring, but extended out to an entire film, or that was the impression I got anyway. Writer and director James Quinn (previously responsible for the award winning The Law of Sodom) says of Flesh of the Void:
"If death really were something absolutely terrifyingly horrible, I imagine it would probably feel like a long, incoherent trip where all your deepest fears, everything you were ever afraid of, just starts hammering on your mind and senses, in such a traumatic, horrible way that no one could even imagine what it could feel like. I wanted to depict exactly that in this film. An arrangement of primal fears, trauma and anxiety. Something people have never seen before, and will never forget."

It is currently in production with shooting to finish in April. This has been almost entirely shot on Super 8 which will help with the creepy factor. It was only the other day I was saying in my review of The Dark Tapes that the Super 8 scene there added a lot. Flesh of the Void should have it's post production finished in May/June time before heading to the festival circuit and eventually getting released on Blu-ray and VOD. Check out the Sodom & Chimera Productions website (here) for more details, and check out the trailer for this below.

Posted by Daniel Simmonds at 01:43