Echoplex is an indie first person puzzle game that is currently on Steam Early Access for both Windows and Mac. Now originally I had planned to do a review of this, however the whole meaning of 'early access' was brought home to me when a big update that fundamentally changed how parts of the game worked wiped my save. You know what? That is perfectly fine with me, it is still being worked on and by all accounts the changes made are based on player feedback, so if it is going to make for a better experience then by all means wipe my 90 minutes worth of game time. This has meant though that my planned review shall now be a preview instead. The game was originally released in 2015 but this version is greatly expanded and polished.

Presentation is the best thing that Echoplex has going for it, I was immediately impressed by the crisp attractive title screen, then even more impressed when the game actually started. All the cut scenes in this game are actually live action which I loved. It reminded me a bit of the parts in Prototype that had live action, both are chopped up, edited together patch works of information,  this goes hand in hand with the mysterious story. In Echoplex you are a test subject in a research laboratory, a Portal style voice tells you that if you complete the challenges set to you that you will be able to regain your missing memories. The rest of my impressions will be from the version I played, though I will mention the changes I know about. 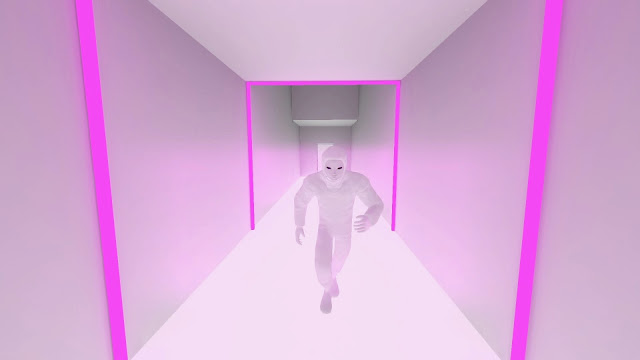 Each level sees you step through a portal in your holding cell that takes you to a small maze like series of corridors. Coloured switches open doors of the same colour, your goal is to work your way through the maze to get to a memory chunk which will restore part of your memories. However in this maze moments after you start moving an echo of you appears that shadows your exact movements from around ten seconds previous. Should it touch you then you both die and so you must be constantly moving lest your echo catch up to your location. This is the basis for a lot of the puzzles as you can get your echo to trigger switches and open doors that you may have shut as you passed through them. Later levels see more than one echo appear making for more devious puzzles. The levels are sparse yet functional, the sparesness adds to the weird feeling of unsettling horror.

While this is a puzzle game and features no combat, or indeed antagonists in the game world it is still super creepy. First off your avatar wears a white boiler suit and a white mask, meaning your echo is very freaky looking. While it is merely copying your moves it still is scary to hear footsteps and turn around to see this figure making a b-line straight for you. The music helps a lot with this feeling of dread as sound alone is enough to make this scary, let alone the surreal atmosphere. After every three levels you get a longer cut scene playing that makes more sense out of the disjointed memories you have received. It is all quite bizarre such as a severed arm appearing out a portal, riots, and strange figures making for quite the conundrum. 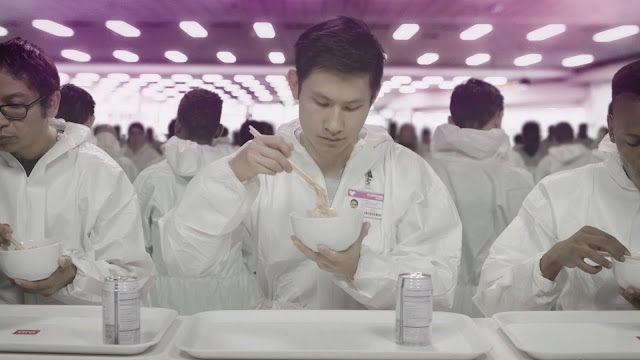 While I enjoyed playing this, and was impressed with the polish it had I did feel that often I would clear the levels by trail and error, with no real idea of how I had achieved things, kind of like I was gaming the system and not getting by due to any cleverness on my part. The game wiping update was created to try and remedy this. First of all there is now a time limit to each level, meaning you can't just loop round in circles until you fluke the level, as your echoes will vanish. Secondly there is a pause button of sorts. This lets you pause your echoes so that you can explore the level freely without fear of being killed. I actually love the fear the echoes brought, how I felt like a shark that had to constantly keep moving so am unsure what I feel about that change. However I guess if it means players can no longer force their way through the game I guess it is a good thing.

Seeing as how this is a debut release for Output Games this is impressive, I loved the idea behind it, while the first person perspective surprised me. I also adored the live action cut scenes and the awesome music. It is available to buy on Steam now and I would recommend it if you like spatial awareness puzzle games, especially if you also like horror. Just be aware it is in early access still and so there may be fundamental changes. Check out the trailer below...