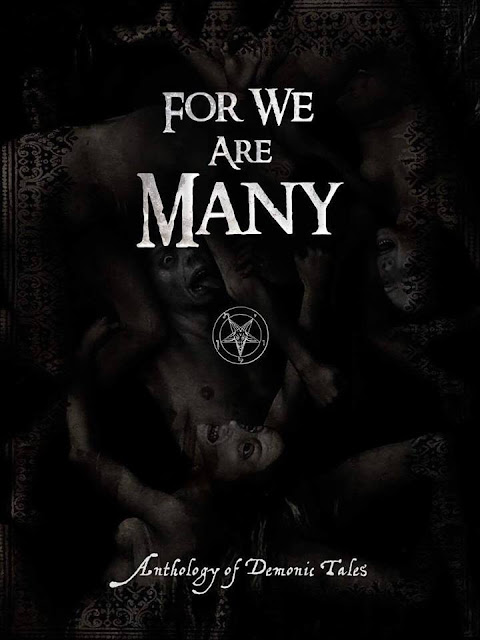 Much like the classic cinema showings of old I have decided to combine the last two bits of horror related news I currently have into one blog post in this, my inaugural weekend blog day. In no particular order we have a new horror anthology film (they are usually always fun), as well as the release of a new digital zombie novel.

Hex Media founder Lawrie Brewster (responsible for the memorable Lord of Tears) and producer Alex Harron have announced a new horror anthology they are making called For We Are Many. The anthology is going to be created by a whole bunch of indie film makers as a way to get their names out there in the public mind. For We Are Many has daemonology and the occult as a central concept all the shorts must abide by, to put it in a better way: 'For We Are Many will feature a large selection of horror shorts, each based on a particular demonic entity or occult theme, with an emphasis on intense horror, imaginative practical effects and original stories.' Among the directors already announced are Liam Regan (Banjo), Brad Watson (Hallow's Eve) and Kate Bonham (Mindless). The film is set for release Spring 2018. If you are a filmmaker and want to get involved then head here for more details.

The plot sounds bananas; Army pilot Maggie Child is shot down over Iraq where she is saved from certain death by a demon. Next she is abducted by a private military corporation conducting depraved experiments on their patients. Escaping this she ends up on a Caribbean island where a female dictator and a voodoo spirit are preparing to unleash a worldwide zombie plague. Sounds like one of those days! Check out the trailer for the book below...