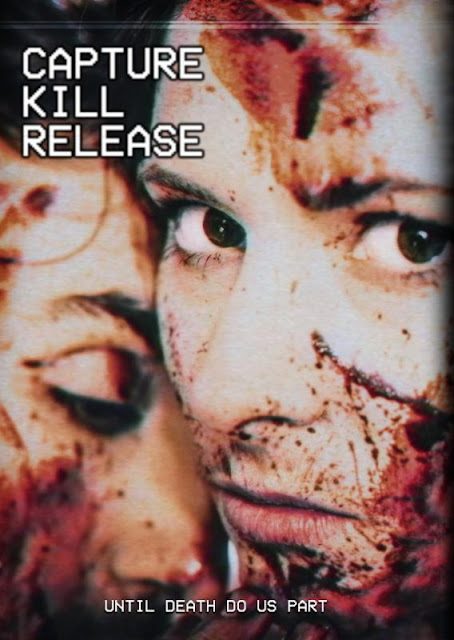 I never thought I would hear myself say the words but it seems lately that the much hated found footage genre is making a bit of a comeback. As usual when the film started my heart sank to discover it was found footage, yet Capture Kill Release is another watchable and interesting piece, even if it follows the current vogue of the footage being filmed by the antagonist.

Jennifer (Jennifer Fraser) has recently brought herself a new camcorder and has decided to film everything her and her husband Farhang (Farhang Ghajar) get up to. Things take a turn for the murderous when from dialogue the characters share it becomes apparent they are planning to kidnap and kill a random stranger just for the thrill of it. However when the plan is forwarded into motion by an impatient Jennifer, Farhang begins to get second thoughts on if this actually something he honestly wants to do... 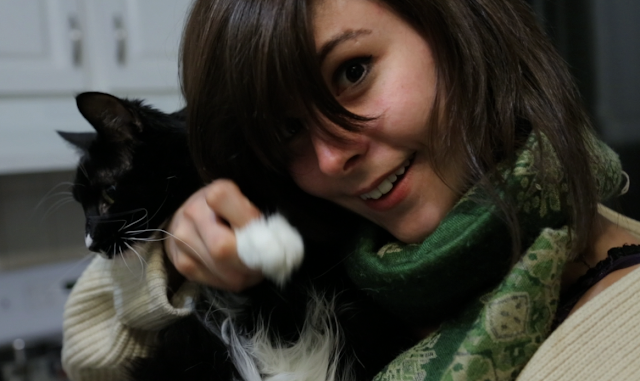 Capture Kill Release comes on the weighted footprints of the excellent Be My Cat: A Film for Anne, and A Guidebook to Killing Your Ex by having all the footage filmed by the killer. In those they were making footage as a film for other people to watch, here while Jennifer is making a movie of sorts you get the impression it is for her and her husbands viewing only. Having a second character in the mix opens up angles that those films never got to explore, here the question of just how far you would go for the person you love is a key issue. Having two characters also gives you two different perspectives, I loved how before anything happens they were both just as excited as each other, yet when the crimes begins Farhang's relative humanity shows up in stark contrast to the more and more apparent deep rooted insanity of Jennifer.

There is not the usual on screen text explaining where the footage came from, instead we are straight into the film with a screen of static and a broken up phone call to the police requesting for help. This fits well into the movie as there is actually a plot device to explain this low quality footage. There are two cameras used, the newly brought camcorder, and an old one from when Jennifer was a child. Cleverly her childhood is actually shown in clips that can be explained away by being already on the tape that is being used to film. As is obvious the two main leads both have their characters names as their real names, this helps at several points, the main one being that the footage shown of Jennifer as a child is actually genuine footage of the actress as a child. At one point the couple visit her mum, who in the film is actually played by her real mum, she was not given a script but told to react to what is said. This deep level indie style of film making adds on a degree of realism that helps to make these characters seem more real than otherwise they would have. 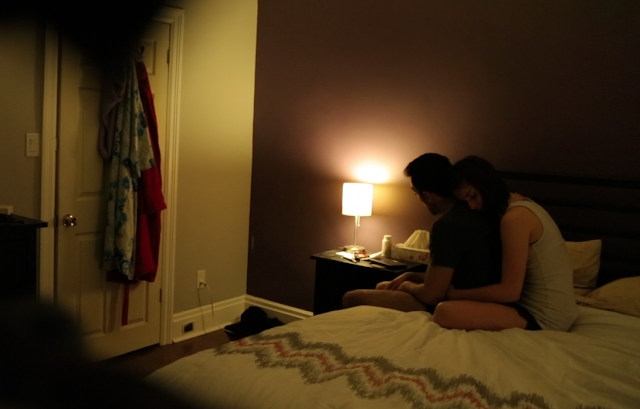 Where Ghajar does a decent job of playing the straight man it is Fraser who really stands out. She can seem a bit over the top and manic, but this fits her role well. The enthusiasm and obsession she first exhibits changes over the course of Capture Kill Release, her lack of remorse, and her blindness to the severity of the acts they are committing makes her seem almost like a wild animal. Events play out vaguely predictably due to knowing the strain the terrible act the couple do is going to have on them. There are hints of this early on when she is talking about dropping a cat off a landing to see if it would land on it's feet which is a nice prelude for both events in the film as well as her unhinged and slightly innocent mind. At times this becomes almost farcical such as when Farhang is trying to mop up blood with some kitchen paper and Jennifer scolds him saying something along the lines of "Don't waste paper towels; your killing trees!". There is something endearing about her when she is decked out in goggles and a protective suit having the time of her life, while Farhang is becoming increasingly guilty and disgusted at what has happened, calling into question just why he agreed to it.

I was surprised to see the actual murder part of the film was very slight, the whole section in the middle takes around ten minutes. The build up was well handled, but it was the aftermath that felt the most different. Having to cut up the body, clean up the pints of blood, and dispose of everything seemed like such a chore, I couldn't be bothered with doing all that, tired me out just watching! There is a clever use of blur used to hide the props used. An arm being sliced off for instance has the camera blurring just as the final saw is made, this made the realistic arm seem less fake, this is again used when teeth are being pulled out a corpse, it seemed the real actor was having pliers put on his teeth, then a crafty swift cut away of the camera gave the effect his teeth where actually being taken. In general the camera work isn't bad, there were just a few occasions of manic camera swinging, often the camera is placed on a surface, usually at an odd angle, while there is plenty of Jennifer talking to the camera while having it focused on her. Only at one point in the film is music added, but it is so subtle and lasts for such a quick time that it works in the moment. 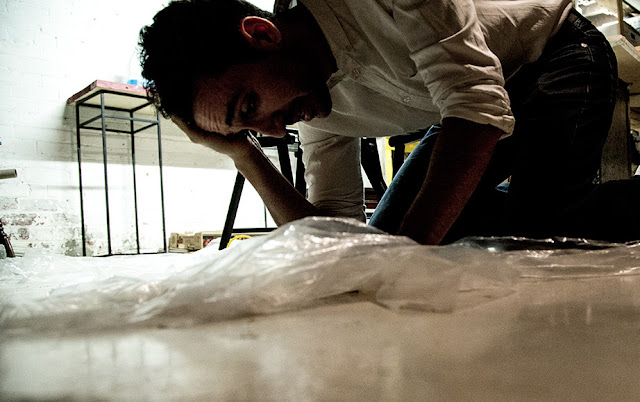 I am surprised by how much I actually did enjoy Capture Kill Release, I  understand people are immediately going to be put off by the type of genre it is, and with so many bad films out there I can't really blame them. Still directors Nick McAnulty (who also wrote this) and Brian Allan Stewart have made a tightly crafted horror drama here that I would actually say is worth a watch thanks to the acting of the two main leads and their believable, flawed relationship. Capture Kill Release came out on Digital HD on March 7th, check out the spoiler filled mediocre trailer below...