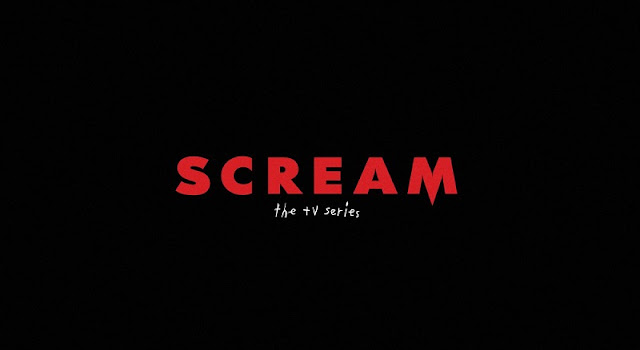 Scream was a revelation when it first came out, over the years the films had gotten more and more cliche ridden and ridiculous, yet here was a TV show that not only rebooted the plot, but also made it ever so slightly more realistic with it's vision. Season 2 of Scream while again pretty great did make me start to wonder how future tales could remain effective, and how often it could get away with the same group of characters finding themselves at the mercy of yet another killer. Some months after the second season aired, and in time for Halloween 2016 came a two part Scream special, mostly unrelated to the main show, but giving us yet another killer going after the unluckiest group of friends that ever existed. Warnings that there will be spoilers for the previous seasons, as well as a needed spoiler for the very start of the special.

It is some months since Kieran's reign of terror was brought to an end, and in fact the special picks up with his trial. After being sentenced to life imprisonment he is taken to a holding cell where a new mask wearing killer carries out his own sentence on the guy, albeit a more swift and brutal one. Meanwhile Noah and Gustavo who are now business partners are about to head to a place known locally as 'Murder Island' with their agent to carry out research for a new book. Emma wanting to get away from the media buzz surrounding her once again decides to tag along, with Audrey and Brook following for their own reasons. However the gang now find themselves at the mercy of a new psycho, one who is looking to meld together the Lakewood Killer persona with that of the 1920's based Murder Island persona... 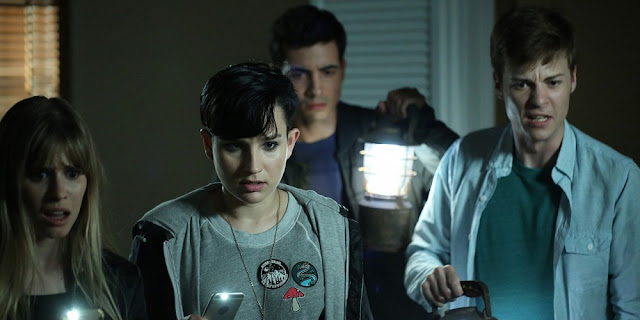 Carrying on the tradition of the episode naming conventions for season 2 this two part special is fittingly titled Halloween and Halloween II. These episodes actually play as one double with no actual split between them. It is getting silly now how many times these same characters have found themselves in supreme danger, that is something that is becoming more and more difficult to see past. Saying that the show is still so well made and entertaining that I really enjoyed the special. The changing of location to a small island helped inject some variety, fittingly the later half takes place during a thunderstorm which adds a lot of atmosphere. Due to the events the characters have been through they do lack some of the affection I once had for them. Noah (John Karna again on top form) is the best of the bunch, having his own little sub plot about the reasons behind his writers block, but other characters such as Audrey, Brook and Gustavo tread water a little bit here, the later two relegated to a lame sub plot involving what is going to happen to them once Brook goes off to New York. Audrey on the other hand now has a girlfriend (a new character to the show), this girl seems only to be here to cause suspicion with her shady off camera moments. Emma meanwhile is again the focus of the murderer, you would think by now she would be quite damaged, yet despite her previous boyfriend turning out to be a psychotic murderer she still is very trusting even though she says words to the contrary.

By now it would be very incredulous if the five main characters turned out to be killers, I cannot see that happening again. Due to this when it comes to the who-dunnit stage of the special there really is only a couple of culprits, it actually comes down to one of three people by the time the finale occurs with the only people to be killed being newly introduced nobodies (obviously with the exception of the court house prologue). The reveal isn't very satisfying or shocking, though the killer at least gets a different look here. The legend of the island being that a young girl in the 1920's went on a killing spree wearing a Friday 13th: Part II style sack on her head and armed with a pair of garden shears means that these are the weapon of choice here. You get plenty of shears plunging through bodies, some severed fingers, and a decapitation, as well as an awesome death scene inspired by the ending to Halloween. 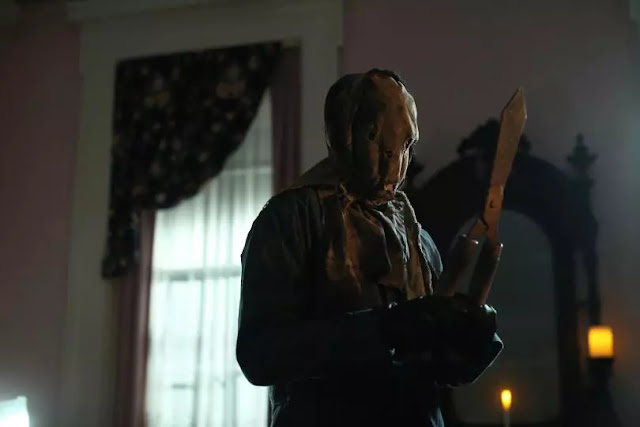 Anyone hoping for an answer to any of the season 2 cliffhangers will be disappointed to find no answers here, only more questions as there is only around five minutes of the double dedicated to that, I guess we will have to wait for the third season. On that note with Emma heading off to university I would hope the new season takes place in a completely new location, or at the very least sees some of the old guard not featuring. The show needs a huge influx of new characters as at the moment there are too many people who could never be the killer, the best part of Scream to me is trying to figure out who the culprit is. A well made special though, and essential viewing for fans of the show despite no real new lore.

Posted by Daniel Simmonds at 03:23