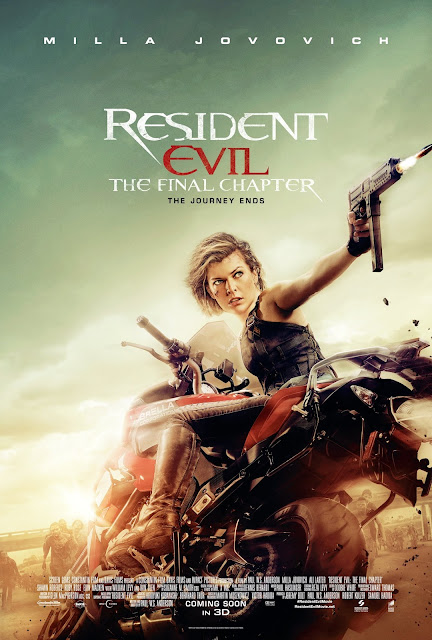 I have long awaited Resident Evil: The Final Chapter which as the title implies is the end to the divisive series. I have always liked the films, while they have never been amazing (with the exception of the very first, 2002's Resident Evil) they have constantly been good, even the worst in the series such as Resident Evil: Apocalypse and Resident Evil: Retribution had their fantastic moments. This final film loops around to complete the often disjointed and meandering tale. Spoilers for the previous films are bound to follow.

Humanity's last stand at the White House in Washington DC turned out to be one huge trap set by Wesker (Shawn Roberts) to kill Alice (Milla Jovovich). However several weeks later and she emerges from the ruins of the once proud city, seemingly the only survivor. The Umbrella A.I named The Red Queen contacts Alice and tells her that there is an anti-virus to the zombie plague hidden back in Raccoon City, in the place the outbreak first occured; The Hive. Despite not trusting the devious A.I Alice decides to head back there to find it. However not only does she only have 48 hours to activate it before the last remaining bastions of humanity are wiped out, but she is being hunted by the leader of the Umbrella company; Dr Isaacs (Iain Glen) and his small army of deadly soldiers. 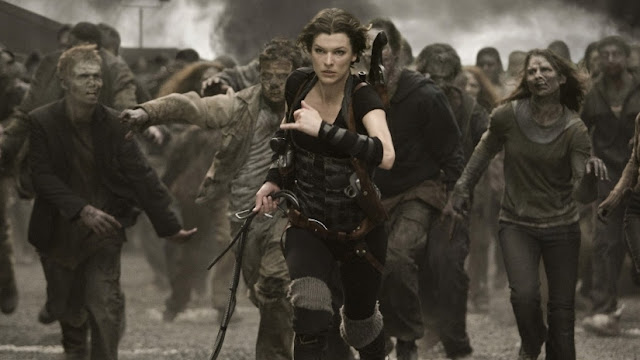 I had heard that The Last Chapter was a better film than Retribution and I'm glad to report it actually is. That film felt a bit like a crazed fever dream, it seemed more concerned with balls to the wall action than any kind of pacing, and it suffered as a result. The worst thing about this latest film is that it copies that frantic kaleidoscope of schizophrenic editing. This bleeds into all aspects of the film, often making the fight sequences hard to follow, and the swift location changes dizzying to witness. It all goes so quickly that I got the impression that every time I blinked I lost a host of camera angles!

An advantage of such frantic plot development and action scenes means there are a fair few great moments. An early highlight had Alice fighting a huge monster bat while driving a jeep. Later she gets tied to a rope behind a huge armoured tank and has to run along behind it while fighting off hordes of following undead. There are a few pure zombie fighting scenes, the best one was an assault on a fortification Alice finds herself in, with her on the ramparts shouting out orders to a group she had discovered, that ends with some great looking special effects. In general the special effects are really good looking. Much of these are used as sweeps of the surrounding area to show a birds eye view of the devastated world, and the thousands of undead that inhabit. These sweeps never got tiring and brought to mind in a way the map moments of the very first film. 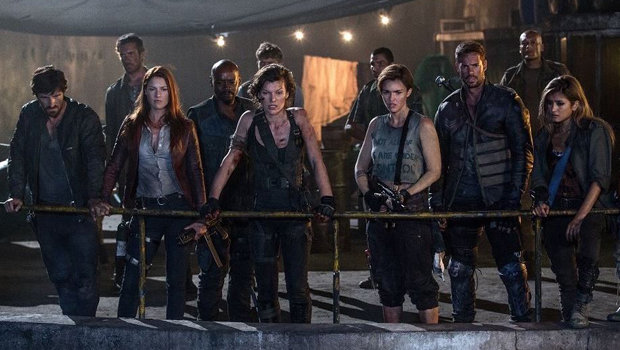 While all the previous films are referenced in a fun prologue it is the very first that has the most impact on the plot. Some of the music felt quite similar to that one, while digital overlays of The Hive's structure, as well as locations visited all bring back nostalgia. At certain points snippets of it are shown which then actually turn out to have an impact on the events of The Final Chapter. The iconic laser corridor is back and plays quite a key part in the film, the acrobatics Alice does against the lasers even references back to how other characters previously acted which felt like a great nod to long time fans of the series. There are a few familiar returning faces from the video games but it was good to see most of these had been left out (I never liked the films including the games characters).

Aside from the quick editing what else does this get wrong? For me there were a few plot holes that seemed bizarre in retrospect, I won't go into spoilers but as examples there are characters who seemingly spend hours off screen not really doing anything, traps that activate and then deactivate despite being on the road to success, obvious heel turns, a glut of new characters who only exist to be killed off, a lack of guts for the finale, and my favourite villain of the previous films; Wesker not really getting an opportunity to shine. On the plus side Dr Isaacs finally becomes more of a decent antagonist, there are a few pretty brutal fight scenes involving him (I have to say the sound effects for these fight scenes are stunning, each landed punch or kick feels sounds like it has the weight of the world behind it). He also shares some moments with Alice that brought to mind the combat analysis parts of the Robert Downy Jr Sherlock Holmes films, these were impressive despite being copied. In terms of plot this really picks up towards the end, there is a definite resolution to the events of Umbrella, while I was pleased by a few surprisingly good plot twists that I did not see coming at all. I liked how the descent into the bowels of The Hive was like an analogy of Dante's descent into Hell in the Divine Comedies classic book, I'm not sure if it was intentional, but many parts match up, such as Wesker being the version of Satan waiting at the lowest level, trapped in a way, such as that foul serpent was in the classic. 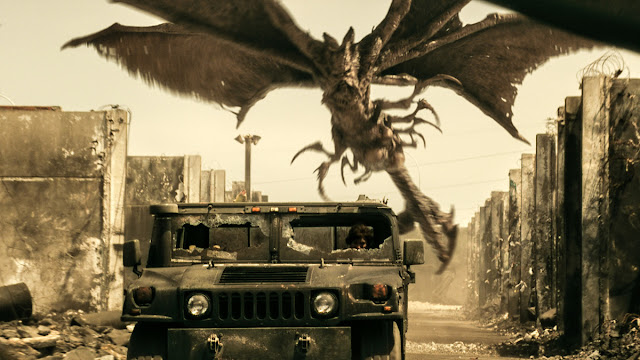 The special effects really are cool, and this applies to the monsters Alice faces too. The zombies are let down by the fast paced editing that makes one on one fights hard to follow, but it was good to see the return of the traditional dog attack scene, some nice effects to them. Later there is a pretty cool monster that makes an appearance, I didn't recognise it from the games but it had an intimidating design. In terms of all these effects like Retribution this is something that looks prettier than it acts, occasionally I wished for a bit of down time between high octane action scenes, and in case you hadn't figured it out this is no horror, it is an action film that just happens to features monsters.

If you have seen the previous films it would be dumb not to watch this whatever your thoughts where of them. It concludes the series in a satisfying manner, while it in my opinion is the fourth best in the series. Like them all there are moments of stupidity, the occasional sense of deja-vu and boredom, yet Jovovich is never anything less than supremely cool looking in her actions (even when hanging upside down caught in a trap), and there are many times when me and my friend looked at each other with huge grins on our faces. On the other hand if you got fed up with the style a few films back then there is nothing here that will be likely to change your thoughts.

I didn't enjoy this one as much the second time around, I don't know who was in charge of the editing but the super fast way it is done meant even the most simplest of moments became a whirlwind of cuts. I found myself yearning for a shot that would last more than a second or two. The retconned story here also makes the entire events of Retribution nonsensical. I do love the series but watching them back to back the overall plot does make little sense. I would probably knock off a zombie head from my score if I was reviewing this now.
Posted by Daniel Simmonds at 13:20