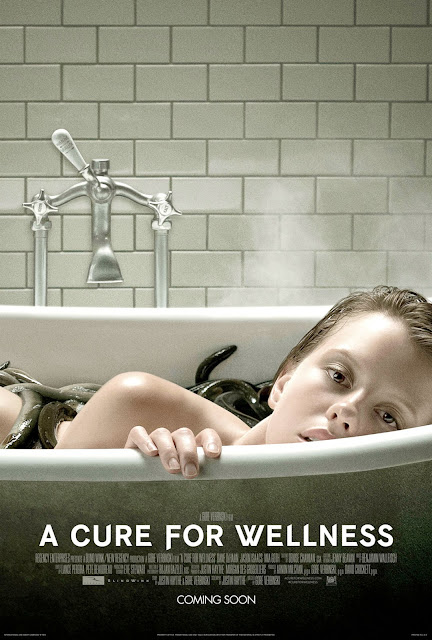 A Cure for Wellness is a pseudo horror film directed by Gore Verbinski (Pirates of the Caribbean, Rango) with a story by Justin Haythe (The Lone Ranger). I had no great desire to see this as the trailer didn't really excite me, however it is a horror of sorts and so I did my duty and gave it a view.

A young and ruthless American businessman named Lockhart (Dane Dehaan from 2012's Chronicle) is tasked by his bosses to travel to Switzerland to a remote mountain top sanatorium where a key board member is staying, in order to bring the man back to New York as he is needed to help complete a merger. However the car Lockhart is travelling in hits a deer and he finds himself a patient at the strange facility. He soon discovers it is one thing to get to the sanatorium but quite another to actually be able to leave... 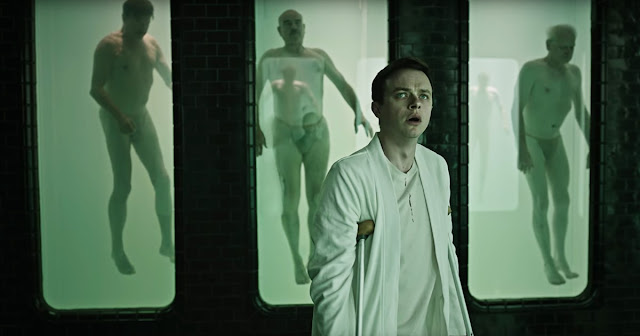 One of the things characters constantly say in A Cure for Wellness is that no one ever leaves the 'wellness centre', I could sympathise as this film was never ending. I feared I would never leave the cinema, or at least not before every muscle in my body had got to a stage where they were screaming out in uncomfortable agony. At 146 minutes this is a long film, due to the mostly uneventful shenanigans it really felt like 146 real time minutes, I was longing to go long before the finish, and came to give audible sighs each time yet another fake end occurred. It is all swings and roundabouts though, while I felt this was pretty tedious, surprisingly so in fact, I couldn't deny the beauty of the picture. Verbinski is a wonderful director here, each shot feels purposeful, the framing is always perfect, married to this is an often stunning cinematography that made this into a montage of works of art. The camera work is crisp and attractive, the make-up and special effects mostly impressive, it is a shame it is all squandered on a meandering uninspiring tale.

I thought this would have similarities to One Flew Over the Cuckoo's Nest, that of a sane man kept locked up and made to seem insane. There are elements of that here for sure, but Lockhart has constant free reign to roam around the large facility, while he is even able to leave at times, even if the shady local village seems just as bad but for different reasons. I did like how you are never really sure to begin with if what he is seeing is just hallucinations or not. The crux of the plot is Lockhart attempting to locate and extract Pembroke (the important board member), but this is over laid with the back story of the facility; how it used to belong to an evil incestuous baron a few hundred years back, and the circumstances that led to his downfall. While this investigation into the facilities past is one of the most interesting aspects of A Cure for Wellness it is never smoothly assimilated into the modern day plot, I failed to see why this was such an important plot point early on when it had no reason to be. The first half plays out very similarly to Shutter Island, yet is nowhere near as entertaining as that film. There are a few plot twists, some of which are teased for hours before coming to obvious fruition, all of which I saw coming a mile away. It just all feels so obvious, though this is compounded by a few montages of characters acting weird, dead people turning up alive and well, only to later turn up seemingly dead again that just added to my later boredom and confusion. 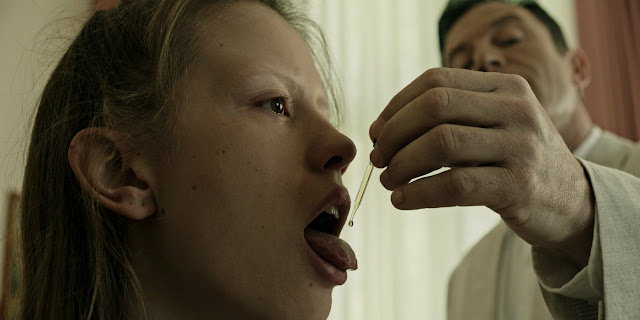 Dehaan is ok in the lead role, it doesn't help that his character is not meant to be sympathetic, he comes across as arrogant and mean. Meanwhile Jason Isaacs (Castlevania: Lords of Shadows) does an entertaining enough turn as the head of the facility Volmer. The strange looking Mia Goth plays Hannah; a young looking girl who becomes an ally of Lockhart. She played a weird role with gusto and stood out as a result, especially during a well crafted sequence set in an old pub where she captivates the room with her bizarre dancing. There are a multitude of other characters here, none of which really do much to stand out. It may be the fact that they are all dressed the same; patients all in white, as are the many orderlies.

Special effects are sometimes ok, other times look great. Large eels feature a lot and seem to turn up everywhere, the effects for body damage fare better. This is in no way a bloody or violent film, yet it had a couple of moments, someone gets a hole drilled right through their tooth in one winch inducing moment, later on there is a sequence that called to mind Frankenstein, that had some nice effects, as does some parts involving fire. A lot of the time there just didn't seem to be much happening. Lockhart's investigation goes on and on with repercussions seeming vast but then not really going anywhere. It leads to plenty of almost art house style moments of cloaked people dancing, zombie like characters and a slight sense of unease. There are a few action sequences, these are all a lot of fun and were the highlights for me, however they never stay around for too long, they were nicely choreographed though, I just wish everything around them wasn't so dull. This managed to get an 18 certificate and to be honest I'm not exactly sure why, there is a bit of male and female nudity but this is never done in a sexual way, nor are there any full frontal shots so I cant see that as the reason for the high rating, nor could the mild levels of violence be a logical answer. 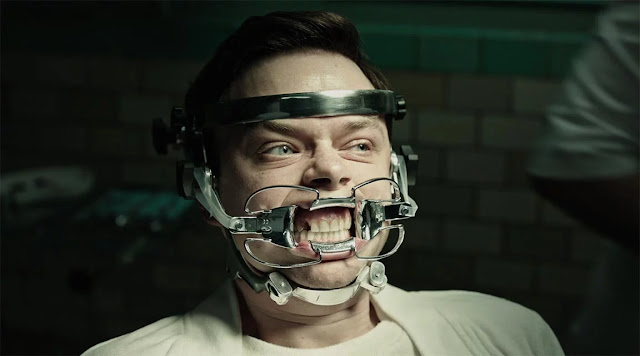 A Cure for Wellness could almost be called a stunning looking film, yet with a plot that I could not get invested in, and characters who bored me this was a hard slog to get through, no end of well edited crazy sequences can make up for the lack of any real substance. When it has it's moments it really does, there are some awesome scenes here, but they are just wrapped up in so much tedium that they aren't really worth the wait.