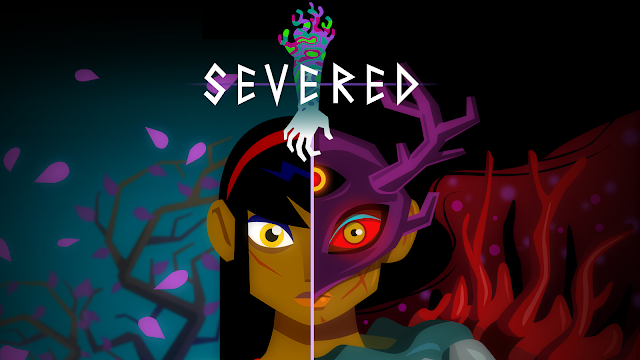 I had long wanted Severed and so when I saw it on sale on the Playstation store I immediately brought it, downloaded it and started playing, I finished the whole six and a half hour game in three sittings. It is from the makers of Guacamelee! which is very apparent by the bright visual art style.

You play as Sasha; a teenage girl who awakens in the ruins of her home and discovers she that is now in some strange alternate world. A glimpse in the mirror reveals that she has lost an arm somehow, not only that but her brother and parents are missing. A mysterious being materialises and tells the girl that if she finds her missing family she will be able to return to her own world. 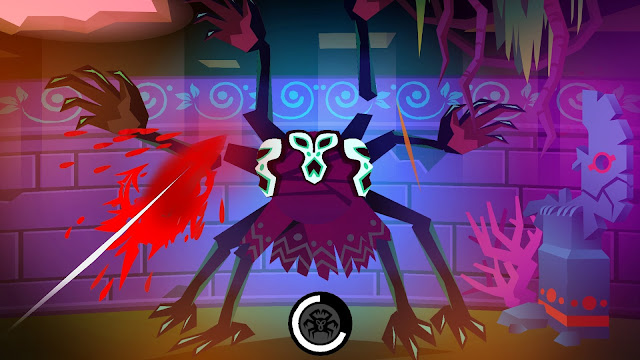 The whole of Severed takes place in first person, movement is old school in nature in that you move between rooms on a dungeon map but each move warps you to the next room you are heading for rather than have you actually walk around. This is a Metroidvania game in style, there are dungeons that reminded me a lot of the Zelda games, dotted around the place are areas you can only get to if you have the right items. These items include the ability to float, destroy hardened obstructions, as well as open up secret areas that grant you short cuts or health or magic increases. There are three main dungeons to battle through, one for each of your missing family members.

Combat is where Severed really shines, it is completely touch based with you needing to swipe the Vita screen to simulate swinging your sword. Enemies spawn around you, all with their attack meters slowly filling up, you must carefully manage the monsters by attacking and deflecting attacks from them. Hit an enemy enough times and you will enter 'focus' mode, finishing a fight whilst in this mode gives you the option to sever the limbs of the enemy you have beaten, These severed limbs are all used to upgrade your abilities, such as making your attacks stronger, giving you more time in the sever mode as well as countless others. These really are not too hard to get without really trying. It starts off simply with you only fighting one or two enemies at the time, by the games end you face multiple enemies at once, some who have status boosts, others who have hard protective shells which you must destroy using your boost attack. 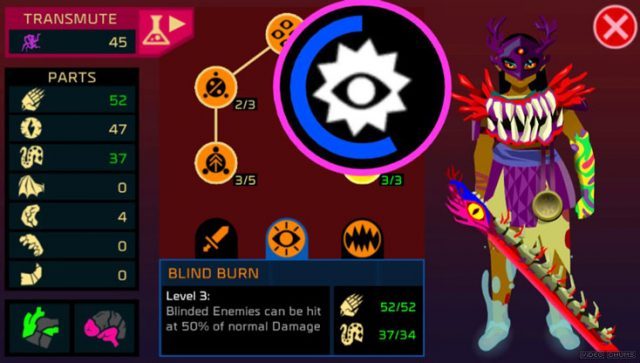 The whole look of the world is bright, yet this is a dark game, dealing with some dark issues. It reminded me a bit of a grim fairy tale, it soon becomes apparent early on that things probably not going to work out well for poor Sasha. The plot is obscure with there not being much development aside from after boss fights and a couple of surreal recurring characters you meet (such as a two headed talking bird). I have to say it doesn't end satisfactorily, admittedly I think I got the bad ending but having seen the good ending there doesn't seem to be too much different. There is a lot of blood, and violence which works well with the style used, I have to say I spent so much of the game looking at the map in the top right hand corner that I didn't really look too much at the main screen which was a shame but my fault entirely.

The actual game world isn't the biggest, and with only three dungeons it might seem that this is a bit of a short game. Each of the dungeons are very well designed and full of simple enough puzzles usually revolving around switches. They gave me the sort of feeling the Zelda dungeons do; I might not be having the greatest time but by George it is satisfying to finally finish one, like doing a jigsaw puzzle it scratches an itch in the brain. As it is Severed is perfectly sized with enough new things being thrown at you that nothing really feels like it has been over used, In terms of the controls they work fine, never have I swiped a touch screen so much! My only complaint is that I found the charge shot tricky to use sometimes (you activate it by holding down on the screen until it charges up), especially frustrating on the end of game boss whose final attacks all seemed to be these hard to deflect power shots. 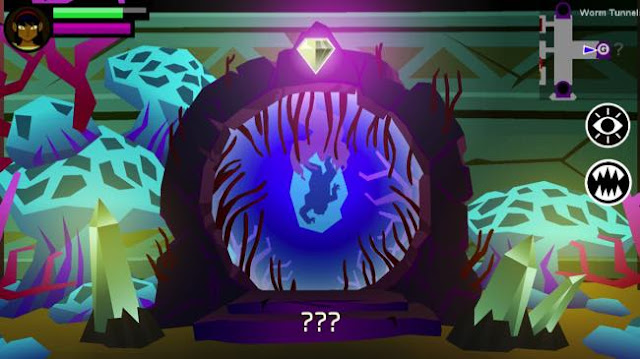 In all the time I have had my Vita there has only been a few games on it which have completely hooked me in, Severed is one of those games, If you are looking something to play that actually feels well designed for touch screen then for sure try out this as it is a shining example of great level design in games.