While primarily a console gamer I know enough about PC games, and Steam in particular to be aware of the sheer amount of games that get released each week. It is in this busy landscape that retro zombie shooter Outbreak (from Drop Dead Studios) found itself released on 17th January, but does it do enough to stand out?

In Outbreak you play as one of four characters; a cop, a computer scientist, a student, and a paralegal. During a city wide zombie outbreak these four find themselves in a barricaded hospital, yet with the hospital itself breached they decide to find a way to escape the madness. There are four chapters in the game, all of which can be accessed right away, so it is not a spoiler to say that as well as the hospital there is the underground, resident housing (I think), and the lab where it seems the Outbreak originated from. There are also four levels that are just pure wave based survival. 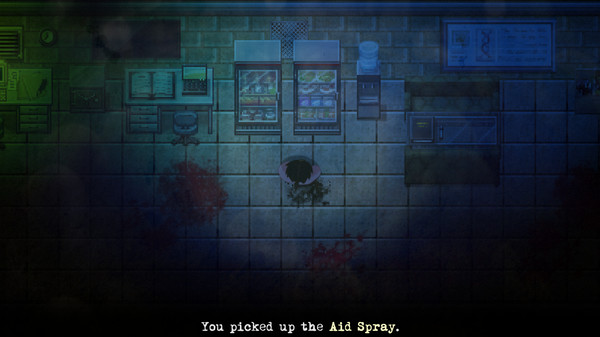 This game prides itself on it's old school hardcore sensibilities, it certainly is not a cakewalk! I only ever tried it on normal but even then the harsh item management (most characters can only hold up to four items at any one time) does it's best to ensure that you never get too powerful. The four characters all have different abilities that compliment each other. Mason (the cop) starts with a pistol for instance, while Alendra (the scientist) starts with a lock pick to open some of the many, many locked doors. Aside from surviving against the zombie hordes the biggest part of each scenario seems to be acquiring different coloured key cards to aid your escape. With each key card taking up a slot in your titchy inventory there is a lot of fiddling about. While Outbreak is playable on your own it has been designed more for online co-op where I imagine the item management wouldn't be as tough. Unfortunately for me the few times I tried online no-one was playing.

The game is fully playable with a Playstation 4 or X-Box One controller, it was fun to be able to use a controller! You do have tank controls though, for me this took quite a bit of getting used to, I would have preferred non tank controls as many times I found myself accidentally spinning in circles. The graphics are basic, yet enjoyable in a retro way, it is overhead with a maze like level design, in all this most reminded me of the Amiga classic Alien Breed crossed with Resident Evil (both Resident Evil and Silent Hill have been stated as inspirations for this). Nice use of lighting means you can never see too far around you, but did make it hard to see the approach of enemies. The zombies look suitable enough, I have to say the bright pink pig creatures seemed a bit out of place even if they had fun sound effects. There are loads of weapons dotted around each map, my main one was a pistol, but I found that melee weapons such as knifes and axes were much easier to use (though break after repeated usage) Despite the limited graphics Outbreak does feel atmospheric, the heavy reliance on finding key cards gave the impression it could maybe get a bit boring should you be able to survive long enough for that feeling to emerge. 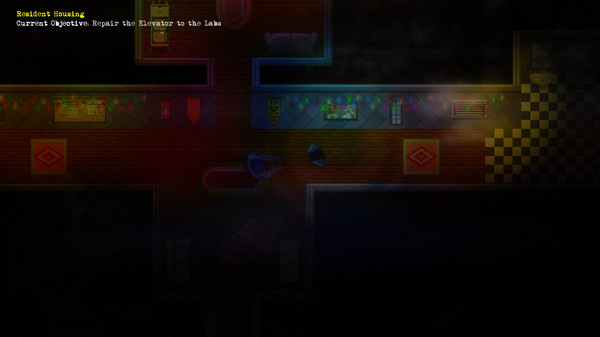 A lot of the plot is described via text, a part of the game that I really enjoyed. As well as the main story being shown this way there are also introduction stories for each of the four characters. I quite enjoyed how much of the games environment could be looked at, there were plenty of handy journals hanging around to read, apparently the harder the difficulty you choose the more story items you find. All in all I enjoyed playing Outbreak, despite the fiddly item management. It is very hard and so unless your prepared to put in the effort to get to grips with the world then the challenge may end up putting you off, I imagine if you had a group of friends to play it with there could be some great times here. Check out the trailer below and if it seems your thing then look for it on Steam.

Posted by Daniel Simmonds at 06:12

Great reviews!thanks for the useful information. I've recently started to watch the zombie-themed movies and this list is like the fresh air. I used to play dreadful video games
here howevermy husband says that I am too crazy about these creatures.