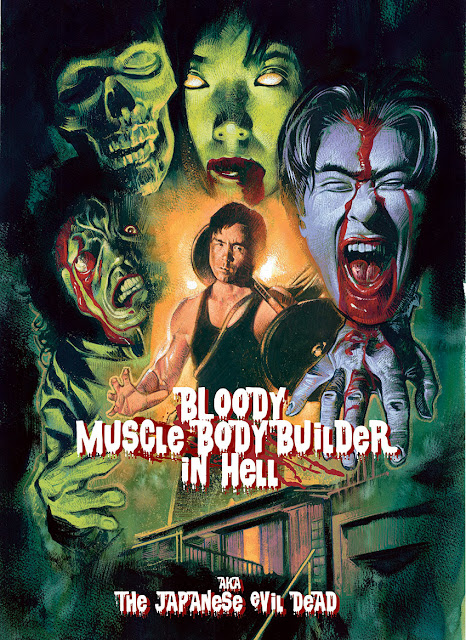 Bloody Muscle Body Builder in Hell (aka The Japanese Evil Dead) is an Asian horror that has been made to resemble a long lost 'video nasty'. In fact it was only after I read the press release that I realised this is a relatively modern film, having been made just a few years back, not that you would know that if the film was all you had seen (a note here, this was actually filmed back in 1995 but didn't see a proper release until 2012 on DVD-R).

Shinichi Fukazawa (who also wrote and directed this) stars as Shinji; a body builder who agrees to help his photojournalist ex girlfriend who wants to do an article on haunted houses. He takes her and her psychic friend to his dad's abandoned home as it is said to inhabited by an evil spirit. Once there the psychic accidentally awakens a ghost of a woman who died in the property thirty years earlier, the ghost promptly possesses the man, using his powers she manages to seal in the remaining survivors. Now the only way to leave the house is to defeat the cursed soul; the evil dead... 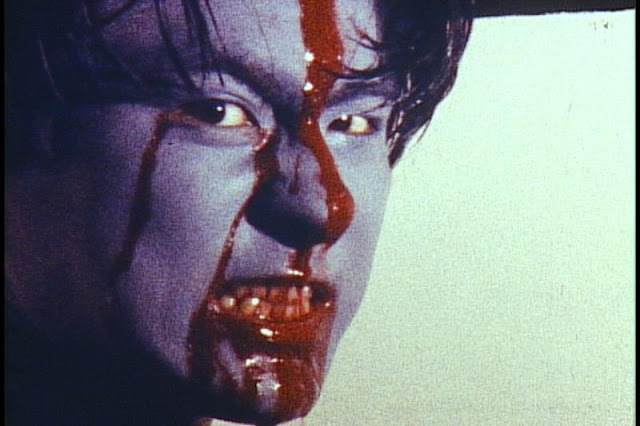 Wow, this film is set up as a lost classic and it sticks rigidly to that format. There is nothing here that looks modern, the film is presented in an old school standard picture, it is very grainy and lo fidelity, special effects are also of their time. There is no indication this is a modern film and it has to be congratulated for never once giving in to the temptation to add in some modern flair. The cast is limited to just five characters with the majority of the sixty five minute run time just focusing on Shinji, his ex, and the possessed psychic. As such you would think there is not much to this but the special effects win through time and time again.

Bloody Muscle Body Builder in Hell's biggest inspiration is undoubtedly the Evil Dead series. Of course the alternate title gives that away completely but even not knowing that you would soon see it for yourself. The possessed psychic is basically a deadite, a zombie like creature that taunts and goads the heroes, indestructible, the only way to kill it is to totally dismember it's corpse. Shinji even ends up with a shotgun at one point, as he cocks it he looks directly at the camera and says 'groovy'. This imitation works as a stand alone piece rather than feels like a copy due to the unique stuff that happens here. Sure this is pretty much Evil Dead, but with a Japanese twist to it. 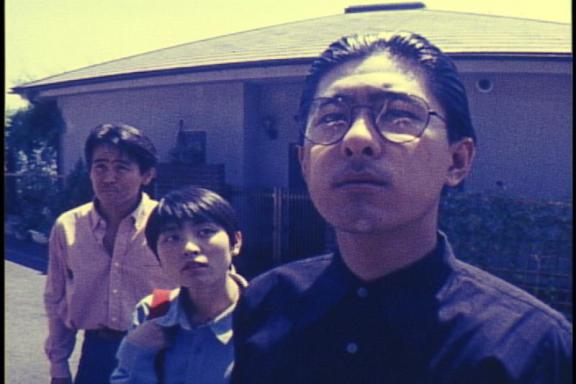 The pasty white look of ghosts in films such as Ring and The Grudge is replicated here, the deadite (for want of a better word) is sheet white, the very bright red blood (of which there is a huge amount) contrasts so well with this make-up. From the very off the special effects make themselves known. A lot of the time it seems that stop motion effects are used, especially when the hosts body has been destroyed. In true horror fashion this doesn't mean it is finished, the body flails around while the head pinned to a wall by a shovel laughs, later we get the decapitated head attached to a severed hand running around the place, while a severed foot attached to the other severed hand alternatively punches and kicks our poor body builder! It all looks poorly done but not in a way that detracts from the vision on screen. It looks fantastically bad, enough skill still used in the execution that the immersion is never broken. If you can remember the end of The Evil Dead when the final deadite implodes in a claymation style way then that is the type of effect used substantially here, especially towards the end when red goo crawls about all over the place.

This feeds a lot into the comedy element of the film, the effects while very bloody are also a load of fun to watch, such as when Shinji stabs the psychic in the back of the head, the blade comes out through his face, having pierced the man's eyeball on the way through! All looks so old fashioned and awesome. The dialogue is not bad, it is in Japanese with English subtitles, there are plenty of one liners, and I enjoyed the bizarrely antagonistic way Shinji had of talking to the psychic at the start of the film. You can certainly criticise the plot for not being very developed but I actually loved how simple it was. The meat of this film is the crazed over the top battle between Shinji and the ghost, everything else is just an excuse for that to happen. 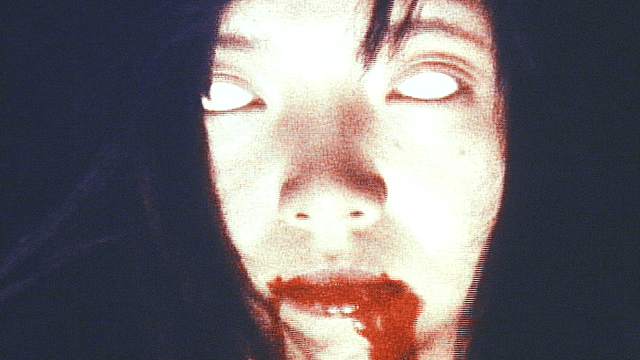 If your after something that is very crazy and very surreal, and you don't mind a film that makes no attempt to do anything resembling modern film making, or modern special effects then this is for you. I can see it would not be for everyone's tastes but the way it sticks rigidly to old school sensibilities makes this a stand out cult classic in the making. Bloody Muscle Body Builder in Hell is coming out on DVD sometime this year courtesy of Terror Cotta. It will be the first time the film has been released with English subtitles and it will feature artwork from Graham Humphreys (the artwork designer for the original Evil Dead series).