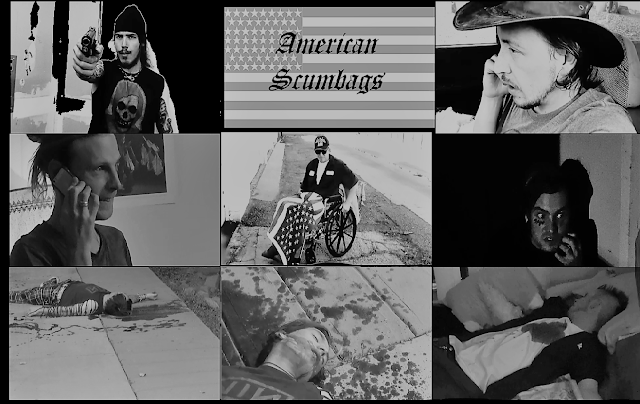 American Scumbags is the latest feature length film from Dakota Bailey. This follows his style of having interconnected stories that combine together, such as what was seen with My Master Satan: 3 Tales of Drug Fueled Violence. Dakota again writes and directs this, as well as features as an actor in the piece. While it is not horror it works as an off shoot of that as it has a very nihilistic view of the world.

The general plot of the film centres around drug dealer Chester and his customers. There is twitchy Lucifer who Chester has threatened will be killed by his hitman Johnny (Dakota Bailey) if he doesn't give him the money he is owed. Another guy who owes the dealer money is Billy, though he is more concerned with getting perceived revenge on his ex girlfriend than paying up. Lastly you have the homeless Vietnam veteran Wheelin' Deals who makes the most of the trashy opportunities that come his way. 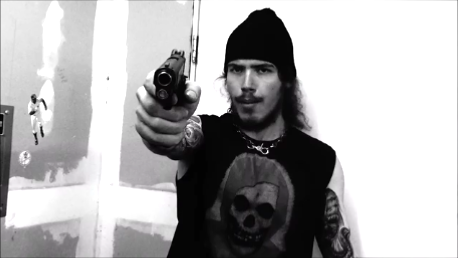 While never the best made of films there is an undeniable certain charm about Bailey's works. The film quality is grainy and lo-fi, with shades of black and white, while at times the audio becomes faint or muffled making it hard to hear what is going on. At least visually this is a purposeful decision, with the sleazy characters and the general tone it fits this bleak world view well. This as the title suggests is a world of real scumbags, people who will do the nastiest things with no sense of conscience weighing them down, people who will murder on a whim, throw battery acid in peoples faces, eat roadkill, and brutally kill animals. All this is so over the top and to the ridiculous extreme that it never comes across as too serious, it feels all very normal for this off kilter world. At times it did feel a bit like these acts were just there to be shown, rather than them having any narrative purpose. Animals being killed, and the disregard for human life has always been something that features in Bailey's films, adding on to this with more trashy things at times just felt like a check list was being ticked.

There is a multitude of new characters to know here, and they are all not nice people, this can be an interesting look at how self defeating evil can be, there is no real happy ending for anyone here, people die, people get high, and life carries on with no real lesson to be shared. With the introduction of a paedophile into the mix there were some slight misgivings, as while not good, the characters here are generally accepting of each others vices. Even in this world some do get their just desserts which was nice to see. The acting in general was good enough, it was nice to see some variations to the characters, Lucifer in particular felt original, Wheelin' Deals was also entertaining, though I felt there was too much screen time dedicated to a meandering scene in which he skins and cooks a rabbit. As almost always it is the brief times where characters get to chew the scenery where things improve, such as the tale of Billy and his mullet, these stories are always entertaining in the matter of fact way they are delivered. 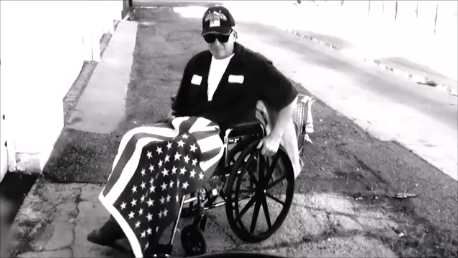 At around fifty five minutes long there isn't time to get bored with American Scumbags, it is a cohesive whole but for me I couldn't help but wish there had been some variation in terms of themes. Bailey creates a solid sense of a snapshot into a pre-existing universe, I enjoy how the different story lines only tangentially cross over, yet sometimes I felt like more incidental dialogue and conversations with the various characters would add more depth to it. This is a unique slice of violent life regardless that is as ever bizarrely interesting to watch.