A Guidebook to Killing Your Ex (2016) - Horror Film Review 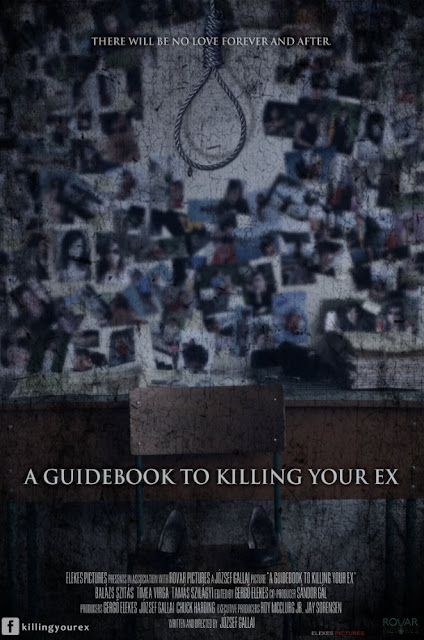 A Guidebook to Killing Your Ex is Hungarian director Jozsef Gallai's fourth found footage horror and so you would imagine he has quite the handle on the bloated genre now. Of his previous films I saw Bodom (2014) that felt like quite an old school found footage horror. Then I watched last year's Moth that was again quite traditional, though that time in a cheeky way. His latest movie joins the current vogue for crazies purposely filming the footage.

Balazs Szitas stars as the unnamed creator of the footage being shot throughout the film. He soon announces that it is his intention to kill his ex girlfriend and her fiancee and that he is making a video to serve as a guide for anyone else looking to kill their ex. The footage takes place in the 72 hours leading up to the enactment of his plan... 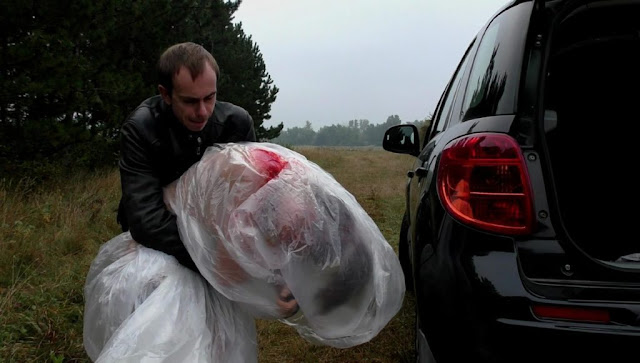 It is a shame that this came out after the excellent Be My Cat: A Film for Anne as that stole away a lot of the impact this would otherwise of had. Both feature an unhinged and obviously mentally ill man who it is heavily implied is going to do something drastic. Both have the main actor talking to the camera as if he is talking to an audience, both don't have English as their primary language but insist on speaking it while filming, and both take place over a period of concurrent days. It all seems pure coincidence so I'm no way implying either copied the other. What does seem to have been an inspiration to the filming is the excellent Creep (2014) and in particular the fantastic performance by Mark Duplass.

It has come to light that this style of horror really can make an actor shine. As stated Duplass and Tofei were both excellent, and here Szitas displays another strong performance. First of all he looks the part, he is slightly dishevelled in appearance and has a lazy eye that means it never really looks like he is looking directly at the camera. His character is more knowingly bad, he never once suggests that what he is doing is a good thing, he is an obsessive, needing to do what he plans to do for his own perceived sanity. For the most part he plays his role well, the way he is able to leap between contrasting emotions, and the sincere way he sometimes speak all come across well, you get a sense his character has real demons he is dealing with and that he is very driven. This film has a small cast of characters, many of which don't actually interact with each other. The main character rarely interacts with anyone, a good 95% of his dialogue is him talking to the camera. Side characters are merely ok for the most part, they do nothing to stand out, but then for a self focused piece they don't need to. There was one actor that I didn't think was great but he only appears briefly on an online video the guide maker had edited into his footage. 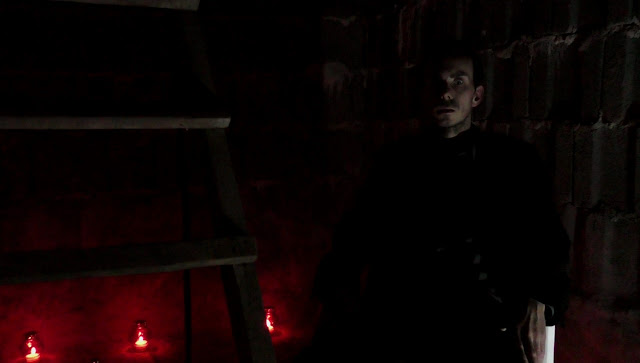 A Guidebook to Killing Your Ex doesn't really surprise too much but it works. For me the final third lost some of its traction a bit, there were too many long shots of nothing in particular, while the finale itself was a bit too physically dark and abrupt. What I did love was the actual guide part of the film. Early on when he is describing how to stalk someone there were some fun scenes, such as when he is following someone in his car as a demonstration but then the driver realised he was being followed. There are also some interesting points made about modern day in general. When the main lead talks about how easy it is to actually find out intimate details about anyone due to the popularity of social media sites like Facebook he has a point, it genuinely is easy to do that.

I enjoyed A Guidebook to Killing Your Ex, I thought Szitas was pretty decent, he comes across as genuine and more than just one dimensional. This is worth a watch for his performance alone but I guess if you really don't like the genre there is nothing here that will change your mind. Check out the nifty trailer below...

Posted by Daniel Simmonds at 08:46