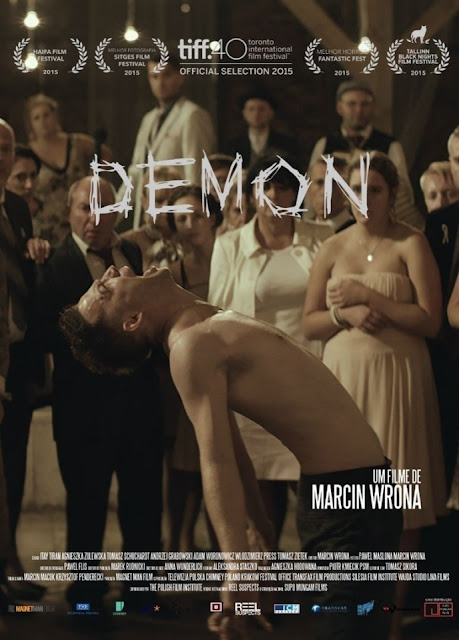 Demon is a Polish horror that has a thick vein of black comedy in it. The title suggested to me something different than what is actually shown, instead this is a tale based on the Jewish legend of the dybbuk (a malicious possessing spirit believed to be the dislocated soul of a dead person). This film was made more creepy for me after discovering the director and co-writer Marcin Wrona sadly committed suicide not long after the film came out.

English based Piotr (Itay Tiran) has travelled to Poland in order to marry Zaneta (Agnieszka Zulewska). The wedding reception is to be held at the home of her deceased grandparents whose property the newlyweds are going to live at. The night before the wedding Piotr discovers something alarming buried in the back garden of the house. The next day the wedding goes ahead as planned and the party gets into full swing, but as the day goes on Piotr starts to behave more and more erratically and Zaneta and her family start to worry something is seriously wrong with him... 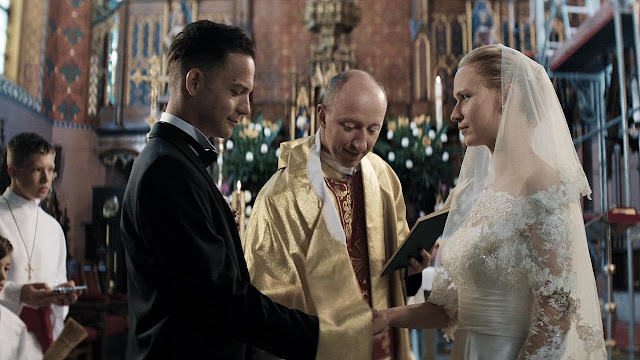 Demon is a slow burn but for once this actually worked wonders for me. The majority of the film takes place over the night of the wedding at the party the many, many friends and family of Zaneta are having. While this is around an hour and a half it felt much longer to me, as such the slow and often comedic deterioration of the guests as they get more and more drunk felt natural rather than rushed. You got a real sense of being at the party and getting the full experience. I liked where the plot goes though it did seem to drag on slightly too long with a portion of the last ten to fifteen minutes feeling slightly padded out.

The film manages to sustain a bizarre sense of other worldliness to it with the horror only every really hinted at, yet it has such an impact that it lasts with you. I expected a typical possession type story but what is shown is quite different and interestingly is open to interpretation. It could be argued that there is no actual horror here at all, that what happens is just down to mental illness, it could also be argued that the origin is most definitely supernatural, there is plenty of evidence to suggest both theories. The fact that Piotr remains a mystery (not even the bride has known him that long) makes what happens both chilling as well as enigmatic. There is a sense of The Shining here, it has that film's sense of unease to it, while the soundtrack feels like a companion to that, mixed with a strange sense of bizarrely enough The Blair Witch Project, that sense of the world having shifted off it's axis a bit. 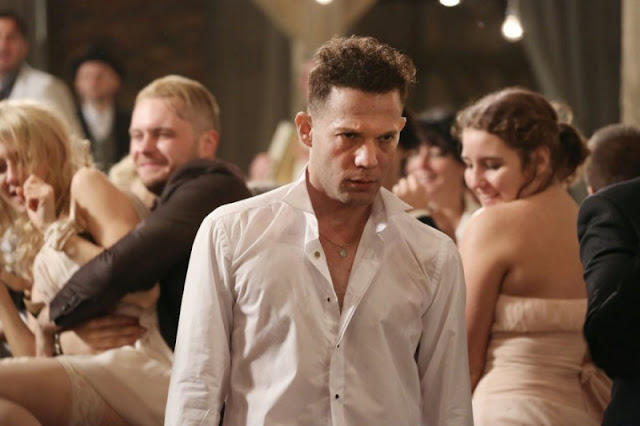 Initially Demon follows Piotr, we see what he sees, and experience the terror that starts to grip him as he repeatedly sees the ghostly figure of a young woman. There is one great scene where he is dancing with a random guest, spinning round and round, then suddenly it is this ghostly figure he finds himself with. The scene jumps between the joyful music being played and other people dancing to him whirling around in complete silence with a ghost, quite an effective moment. Then around the halfway mark he becomes relegated to more of a secondary character, we see him from other peoples perspective. You could almost say that this shift comes with his complete possession, if you were an advocate of that theory. Aside from the glimpses of this woman there is not much actual horror on show, yet a degree of tension just permeates throughout Demon. Black comedy comes mostly in the many eclectic guests, the priest who just wants to go home, the alcoholic Doctor who is constantly pretending he is tee-total while drinking in secret, the old professor, and the father of the bride who is determined to hide Piotr's deterioration; all offer up different degrees of subtle humour that never drown out the drama but blend in with the surreal atmosphere.

Special mention goes to the acting, it is mostly Polish (with some English, Yiddish, and even Russian at times) but there was no one person who seemed to bring down the tone. In particular Tiran does a remarkable job as Piotr, it is a challenging role having to be so many things. Of the supporting characters Zaneta's oldest brother was the best, unfortunately I don't actually know what his character was called so cannot name check him, but the interactions he has with his father felt so natural. On the one hand the language barrier stops you being able to truly appreciate the acting, yet I see it as testament to the acting that this barrier did not block me from feeling like these characters were well rounded people, even if a few of the many supporting characters were little more than caricatures. 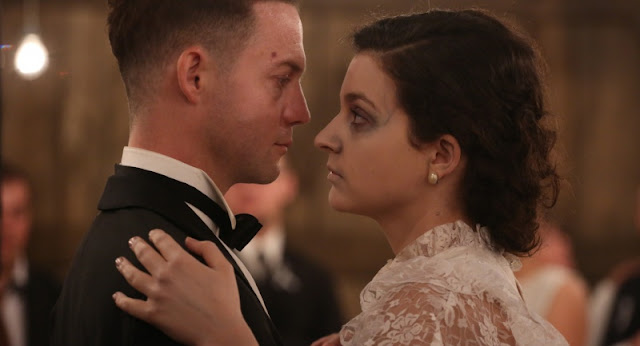 Demon was a strange feeling film, both sinister, funny, and strangely sad. With some great acting and a haunting score there is much to recommend here but some might find it a bit too slow and plodding to be worth the effort, yet for me several days later I am still thinking about it.