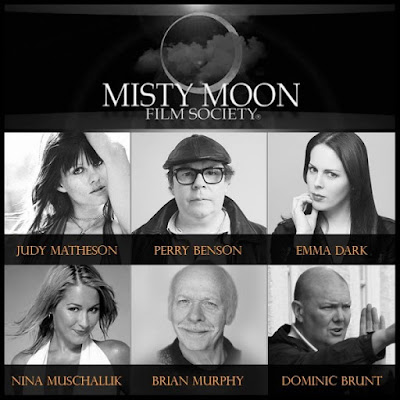 This is mostly a news post about a couple of upcoming festivals. First off is The Misty Moon International Film Festival that actually takes place in just a few days time on Saturday 29th October. The event takes place in London in The Cinema Museum. The first part of the event will showcase classic/horror features, this is followed in the evening by a bunch of high quality short films from around the world.

During the day Halloween, Mum & Dad, Seize the Night (followed by a Q and A with Emma Dark) and the zombie flick Before Dawn (again with a Q and A, this time by Dominic Brunt) will be shown. The short films that will be judged by a panel of horror celebrities include The Tour, Rats, The Barber's Cut, Ghost Nets, Surgery, Cowboy Ben, Hada, Nasty, Cold Caller, and The Werewolf's Greatest Hit. Also in the evening there will be a cast and crew screening of Mark Vella's The Neighbours as well as the premiere of horror-comedy short Count Frankula.

The first three films being shown cost £5 each, but fantastically Before Dawn and the evening event itself is all free which is only a great thing. Advance tickets can be found at Billetto or by phoning the museum during office hours on 020 7840 2200. If you are in the area I would say it is worth a vist. 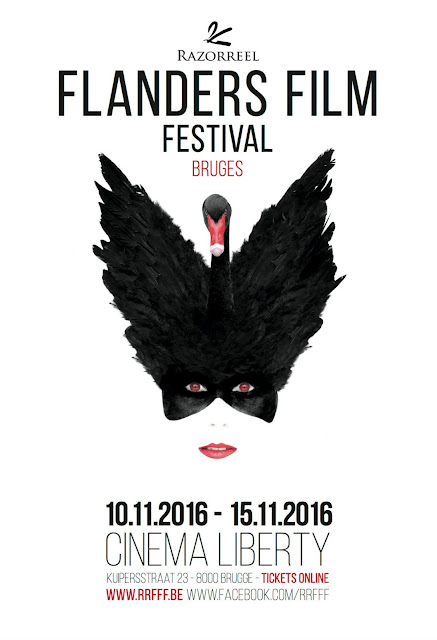 Onto the other festival and The Razor Reel Flanders Film Festival takes place in Bruges, Belgium from 10th November to the 15th. The festival is a celebration of fantastic cinema which just so happens to include a lot of horror, or films closely related to that belowed genre.

On the horror side of things the national premiere of Bobby Miller's The Master Cleanse (Cronenberg body horror mixed with humour) is going to open the festival on the 10th, followed later on in the day by The Devil's Candy that is said to be 'Sean Byrne's ode to heavy metal Satanism. Closing the festival on the 15th will be Train to Busan that I mentioned earlier this month is to be at this years UK Festival of Zombie Culture a few days earlier. Other notable horrors to be shown include Rupture (a sci-fi abduction thriller), Terra Formars (a Takashi Miike film about space bugs), and monster movie throwback The Barn. The press release states the festival is jam packed with films and this certainly seems to be the case as with horror alone there are many. In a bid to show 'fantastic cinema' is much more than just blood and guts there are a variety of other films to demonstrate how broad the genre can be. These include Slash (a sci-fi dramedy), Closet Monster (that features a talking hamster!), Teenage Cocktail (a high-school romance thriller), The Transfiguration (vampire horror drama), and the reputedly chilling I Am Not A Serial Killer which I have heard nothing but good things about. There are two be two of the weirder German films shown in the form of the very surreal Der Bunker as well as Sibylle (a psychological ghost story).

This years Young Blood competition for best directional debut or sophomore film includes the Twilight Zone esque Sam Was Here about a door to door salesman who finds himself in a twisted alternate version of California where the word of local radio host Eddy is law. Also in the contest is K-Shop from Dan Pringle which is about cannibals, and The Unseen (a fresh take on the invisible man). There are many other horrors and films of the fantastic on offer during the festival that I just don't have time to go into in much detail, so other notable films include The Alchemist Cookbook (about a Faustian bargain), Enclosure (a camper being hunted by mysterious entities in woodland), Peelers (more about this below), The Noonday Witch, and psychological thriller Pet. Short films include Iteration 1 (Cube meets Groundhog Day), the unnerving Curve, and Ice Scream. For more details on this cool sounding event head here to check out the website.

The indie horror film Peelers (in which patrons of a strip club come under assault by violent infected people) has now received over fifty acceptances to film festivals. It had it's Spanish premiere at Sitges International Film Festival that ran from October 7th to 16th earlier this month and is due for general distribution in 2017. Combining horror with comedy more often than not is a good thing so hopefully Peelers will be a fun watch, from the trailer it seems to have some nice special effects.

The interesting Observance is now out on VOD via Artsploitation Films. It includes services such as iTunes, Amazon Video and VUDU. In Observance a P.I is hired to spy on a woman across the street from the dilapidated house he has been given as a base, but pretty soon he begins to question the real reason for his prescence. I said of the film 'The mystery of Observance is what kept me going, this sustains a true sense of unsettlement with some great use of editing and sound design.' Vampyres (violent bisexual vampires) and The Perfect Husband (a perfect holiday goes very wrong) are also now out on VOD, again thanks to Artsploitation Films. 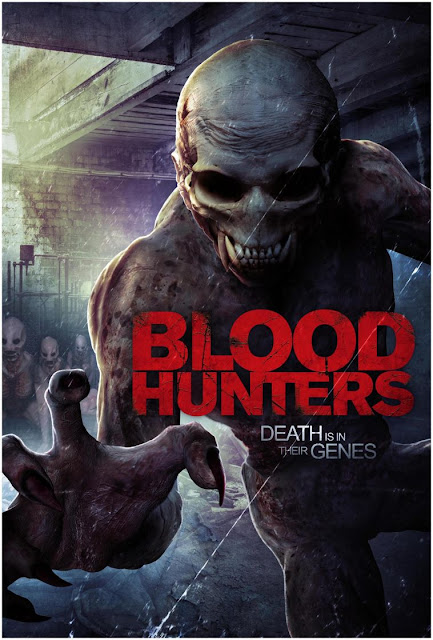 Tricia Lee's Blood Hunters (who also directed Silent Retreat and Clean Break) that is about a pregnant woman awaking in a medical facility where everyone is dead is now being shown at festivals. Earlier in October it had it's premier at the U.S Terrorthon festival, and was featured at a private charity red carpet event on the 20th. The inaugral Requiem FearFest in Montreal will mark the movies Canadian debut.

Last but not least the Satanic Chilean horror thriller Downhill is now out on DVD in the UK. The film came out 10th October, while it came out on Digital on 24th October, it had some great special effects in it.
So a heck of a lot of news but then it always does get packed this time of year what with it being Halloween.
Posted by Daniel Simmonds at 09:52