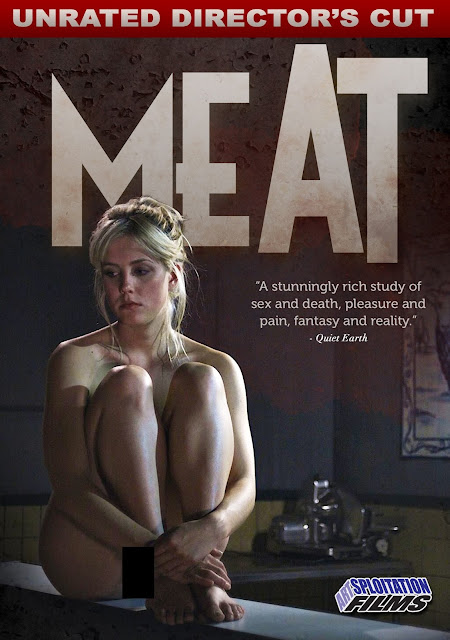 Titus Muizelaar stars as the butcher; a lustful man with a cheating wife who finds himself drawn to his attractive student assistant Roxy (Nellie Benner). When the butcher turns up dead Roxy becomes the investigating detective's main suspect, but bizarrely to her this detective (who is also played by Titus Muizelaar) looks the spitting image of the deceased butcher. 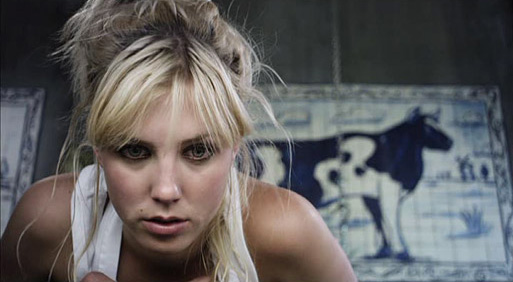 Meat is a very weird film, it just goes to show that it isn't that good of an idea to make a film out of a half remembered dream, for this is what the majority of Meat seems like. Up to the halfway mark there is at least some cohesiveness to the plot, but then all semblance of normality is abandoned and the rest of the movie is some sort of nightmare dreamscape where what is reality and what isn't is very questionable. I felt like it was all going to end on an unresolved conclusion and indeed it did. Were the detective and the butcher one and the same person? What was going on with Roxy? What was the message Meat was trying to impart? I just have no clue.

Along with all this weirdness we also get plenty of explicit nudity, both various scenes of full frontal male and female nudity, a couple of awkward sex scenes, even a couple of possibly rape scenes (though with the dreamlike nature I was unsure if these all took place in the mind of one, or both of the characters). There are also many, many scenes of dead animals being chopped up at the butchers where a good half of the movie takes place. There are a variety of characters though speaking Dutch I don't really have any idea what they are like verbally as actors. Benner in particular has a challenging role, playing a femme fatale/victim character whose motivations were very enigmatic. This is less a horror, and more kind of a surreal thriller, there are a few deaths, and scenes of people being attacked and to be fair the editing and camera work is certainly different. The first death we see stuck in my mind due to it's sudden nature, while the second had the interesting decision to take place off screen in between unrelated scenes. 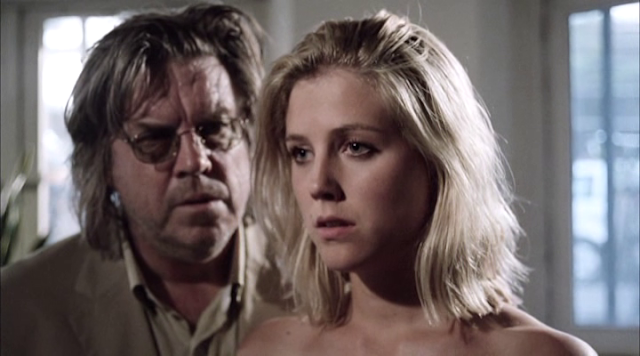 It was the directing that kept me entertained, one scene in particular of a close up of a mans face, with a man talking to him reflected in his glasses was pretty cool. The droning score also keeps a heightened sense of something being off kilter and wrong, effective throughout. The many apparent dream sequences avoid the silly dream like quality that they are sometimes given in movies. The contrast with the butcher and the detective lead to some satisfying scenes (such as the mysterious ending itself). With all that said though Meat isn't the kind of film for me, maybe a bit too art house for my tastes, the feeling that what was being imparted was going totally over my head put me off a bit. Something to do with sexuality, death and how our jobs affect who we are as people?

This is different to most films out there, whether that sings to your hymn sheet or not I don't know. Meat was released on DVD and VOD on September 20th by Artsploitation Films, it can be found on Amazon, Vimeo as well as YouTube, if your after something that will certainly leave you thinking then check it out.