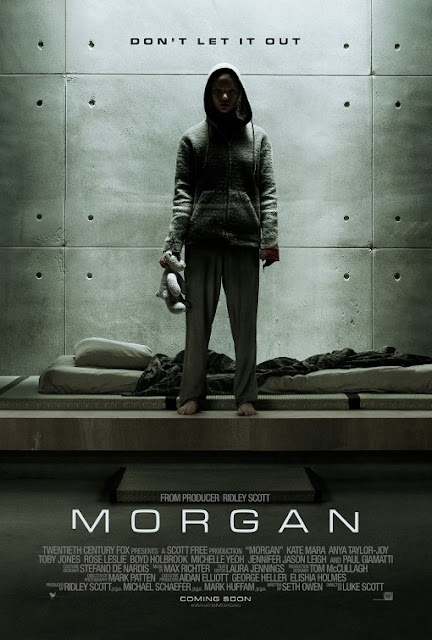 First off a few truths about this film. Number 1, when I first saw the poster for Morgan on the side of a bus stop I assumed it was a biopic about the life of Morgan Freeman. Secondly I was in two minds over whether to see this or not, it was only due to the fact that today was the last day it was showing in my local cinema that I decided to go.


Lee Weathers (Kate Mara from American Horror Story) is a risk assessment consultant for a private company who is assigned to visit a remote compound. At this facility an A.I construct named Morgan (Anya Taylor-Joy from The VVitch) had been created; a blend of human DNA and robotic intelligence which after an incident in which it viciously attacked a staff member is up for a psych evaluation to decide it's future. Things don't proceed smoothly however and Weathers finds herself in a deadly cat and mouse game against the being... 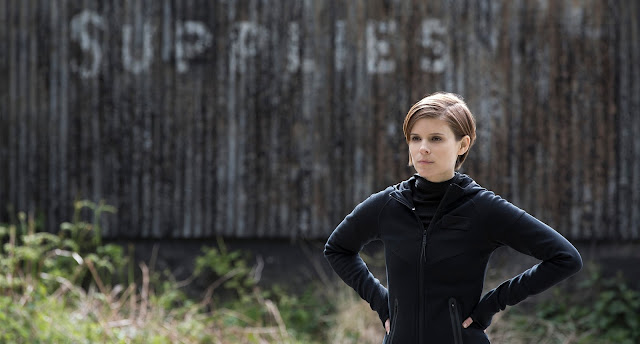 I am so glad I decided to see this movie, it was one which as I watched it knew I had to own on Blu-ray. From the off the cinematography is stunning, beautiful over head shots of Weathers driving her way up into the mountains, the forests and roads seeming almost magical. The films location is so well chosen, the wonderful natural backdrop contrasting with the clinical grey faculty that Morgan resides in.

In tone this shares a similar feeling to Ex Machina, not as pondering, not as many questions about what it is to be truly alive but the questions exist nonetheless. Morgan is a complex character and Taylor-Joy plays her perfectly. There is a sense of alienness to her, a sense she is different to everyone else. This is contrasted with the staff who exhibit different facets of personality, Skip the relaxed chef, Amy who tries to treat Morgan as a friend, Simon who is like a father figure to the girl. With the exception of the cook all these characters are universal in their naivety. The film creates a parallel between her entombment and everyone else's freedom that signals heavily the way the film is to go. This is not so much a horror about a deadly synthetic but more how environment shapes who you are. Right away all the ingredients for disaster are on display, humans own arrogance blinding the truth. 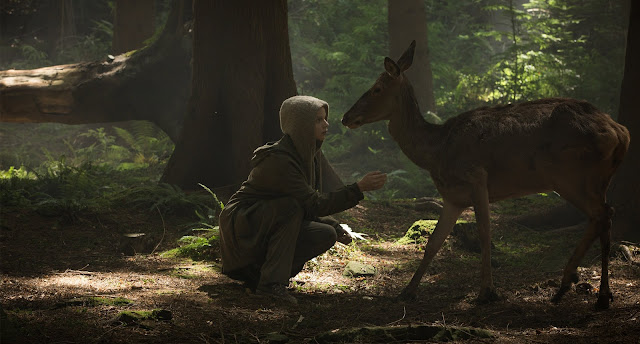 For all these quandaries of humanity Morgan does not focus as much on that, instead opting for more of an action packed film that regardless is very slow and sedate, which makes the scenes of violence all the more shocking. Usually sudden and out of nowhere there are some really visceral and painful looking moments, made all the better by the cinemas surround sound no doubt. Throughout the set design, location, make up effects are all spot on, a uniform cohesion shines throughout.

The plot went to some places I didn't expect, there are great performances all around, not that we get much development with the main cast, a lot is shown via flashbacks and video footage. Now it was not even five minutes into the film and I guessed what the big twist would be, this was without me even knowing there would be a twist, I was right on the ball with my prediction but it didn't ruin my enjoyment, so maybe Morgan isn't as clever as it thinks it is, but when a film is this well crafted some predictability is fine. 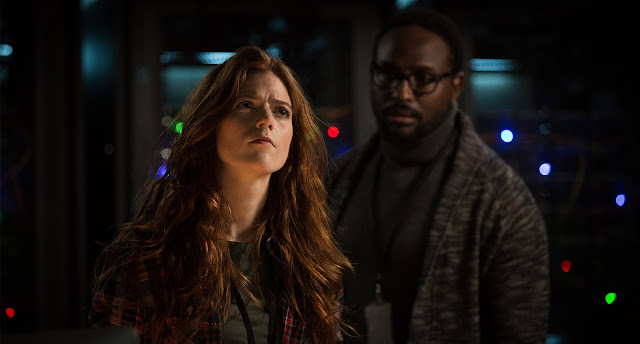 For me this was a sleeper hit, I had no expectations and nothing had made me expect a tremendous film, but here I found one anyway. A beautiful looking movie that I need to own on Blu-Ray, recommended for those who like Ex Machina but tired of the dull environment, sure it may be a less intelligent film but is certainly more attractive.