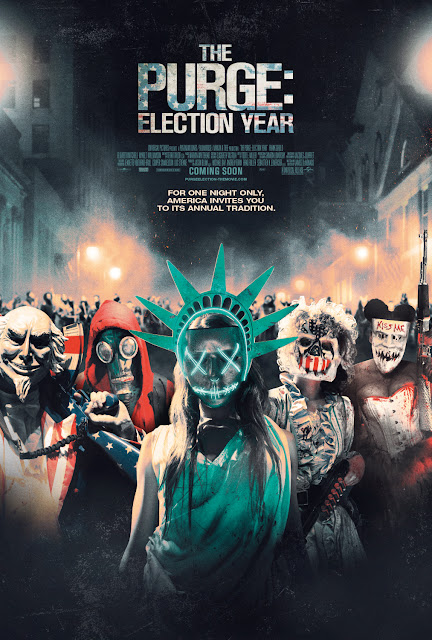 When I first heard of The Purge I thought it was a fantastic idea for a movie, the movie itself while enjoyable was not much more than a typical home invasion film. The sequel The Purge: Anarchy made much better use of the idea that once a year in America all crime becomes legal for twelve hours. I was pretty confident that the third and seemingly final film in the series The Purge: Election Year would again be a fun thrill ride, I just wasn't sure if it would have any new tricks up it's sleeve.

Senator Charlie Roan (Elizabeth Mitchell) is running for presidency with the aim to abolish the deadly purge night. On the last purge before the elections she finds her safe house compromised and ends up out on the streets, on the run with her head of security Leo (Frank Grillo), being hunted by a group of mercenaries hired by the founding fathers (a secretive political group who created the purge). Teaming up with a group of strangers they meet along the way Leo has one aim for the senator; to get her out of the bloody violence of the city. 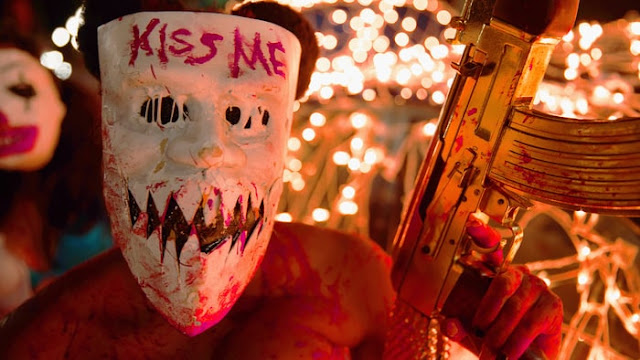 Being our third purge we know what is going to happen, but that doesn't detract from the pure tense thrill of the countdown to the beginning of the night. I was on edge for this whole sequence, just can't help wondering what I would be doing in that situation. Where the first film in the trilogy was self contained to a house, and the second took place during the night of the purge out on the streets, this third one starts off two days earlier. It actually felt refreshing to get a little look at the every day America of this film world. The best part of the previous film was seeing the utter madness that takes place on the streets, here it is no different, I was sat in the cinema with a huge grin on my face at times at the crazy spectacle on offer, things such as someone wearing a furry pig costume chain-sawing their way into a shop, a gang of thugs all dressed up in iconic American costumes (such as one looking like the statue of liberty), and a car covered in fairy lights, all so inventive and joyous to watch.

Up until around the half way mark Election Year was a solid 9/10 from me, I loved it, the music is spot on, the violence was perfect and the idea of needing to get out the city brought to mind a modern day re-telling of The Warriors. Sure it didn't do anything too original in relation to the previous films but I was more than happy to get ninety minutes of that. Much like the second film though a more heavy handed political message comes to the front, with the issue again being the rich vs the poor, the whites vs the blacks, things which have more relevance in today's America. Political messages in a film titled Election Year shouldn't be unexpected but when you are dealing with soldiers and mercenaries it becomes a lot more familiar than sword wielding barbarians and scantily clad, gold AK-47 wielding school girls. This change was expected though and there are some nice call backs to Anarchy for those who have seen that (not least the rebel group and Leo himself who was a main character in that one). 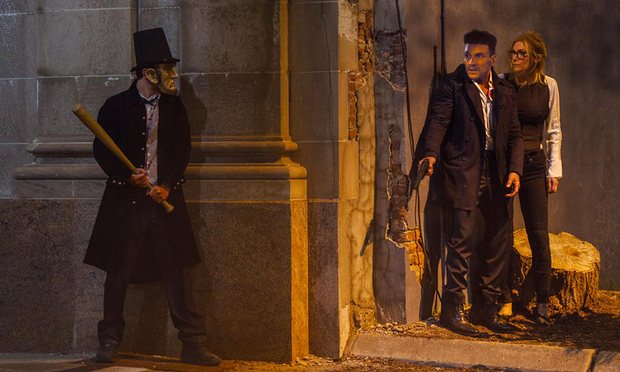 The main cast are all fine, there were not really any stand out characters for me but they are all likable enough. Shop keeper Joe, his Mexican assistant Marcos and their friend Laney are a nice bunch, while the antagonists are given a face in the form of Earl Danzinger as the head of the mercenaries and the pretty great and very over the top Minister Edwidge Owens. A neat early scene showing the founding fathers hatching plans was also pretty delightful due to the sheer corruptness the group exhibit (as well as plenty of profanity). The biggest problem for me was the script which wasn't terrible but it also wasn't the best, I found myself rolling my eyes at times, some lines just didn't feel natural, while others were blatantly included just for exposition. There are quite a few one liners here which got the audience laughing, and some of them were amusing but I wish in general the script had been smartened up rather than the brain dead level it is mostly at.

The special effects are excellent, of particular joy were bullet holes left by guns, a shoot out in a church was the best example of this. The violence in general is very satisfying, a satisfying burst of blood erupting from shot people. The horror is there, though it definitely does devolve into much more of a pure action film in the second half, even having the traditional bad guy vs good guy melee fight at the films conclusion. One very small criticism was that this time we don't get to see the end of the purge, that part is skipped over, it was always such a feeling of relief in the previous films when the alarms sounded and the killing stopped. With the story pretty much wrapped up it will be interesting to see where this series goes next. There is some wiggle room for later films to happen, personally if I had a choice I would like to see a prequel, maybe the very first year of the purge. The best parts of The Purge are always the every day maniacs running loose on the streets, so it is always a shame when the scope increases. I guess also you could say the anti-violence message is kind of lost when violence is what draws people to these films. 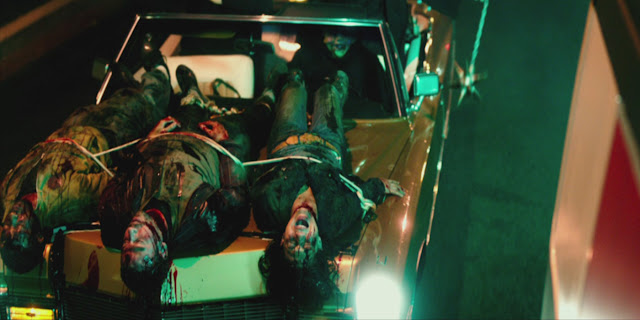 Regardless of it's issues and familiarity I left the cinema satisfied at Election Year, it did everything I hoped it would do, just let down by a sometimes wooden script. If you enjoyed Anarchy and want more of the same then this is the place to come to, just don't expect an evolution of the scale between the first and second films.