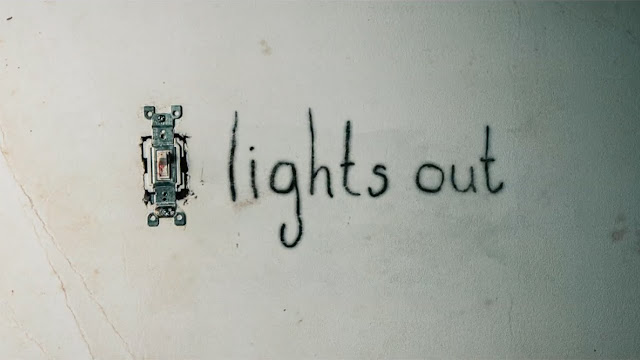 While I very much enjoyed the short film that this feature length one is based on (both directed by David F.Sandberg) from the very first trailer I got the sense that Lights Out was not going to be the grandest of films, it just all seemed so pedestrian and formulaic. It would be fair to say I went to see this with my expectations set low and unlike the fantastic Suicide Squad I was right to expect little of this.

Rebecca (Teresa Palmer) becomes concerned for her little brother Martin (Gabriel Bateman) when he starts talking about someone called Diana haunting the home of him and his mentally unstable mother Sophie, for the same thing happened to her when she was younger. She decides to investigate this woman to see how she is linked to her troubled family, but Diana does not want Rebecca to interfere and will resort to any method to stop her... 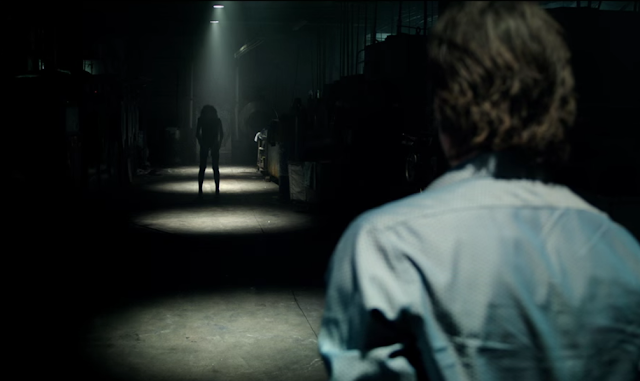 Lights Out is unfortunately a dull film, it is another one where nearly all the best bits are shown in the trailer, not only that but pretty much all the jump scares are spoiled in the trailer so not even those were effective as I recognised the scenes as they began. It does start out effectively with a neat little prologue that demonstrates everything you need to know about the shadowy Diana and her powers. Basically she is a lethal ghostly figure who is only able to exist in darkness, light dispels her presence though she is able to bypass places that have light sources, and she also has a limited power to disrupt electricity (causing power cuts at several points). What is vaguely different for this movie monster is that Diana has some moderate intelligence to her with the ability to talk and with an aim to frighten the brother and sister rather than kill them (though anyone else is fair game).

In my news piece about this film (here) I did wonder if it would just be ninety minutes of people flipping lights on and off and it actually pretty much is. Light switches, wind up torches, candles, mobile phone screens, flashing neon lights and motion activated lights all pretty much do the same thing of constantly coming and going. There is a small body count, the initial kill the most crazy and fun looking. The effects for Diana are effective for making a shadowy figure, and she does shine at times, best when she is hidden dragging people into darkness. There is an admittedly cool scene where she is being shot at, but each time the gun is fired the flash from it makes Diana vanish momentarily and so passes through her. The worst part about this figure though is the highly irritating piercing scream that she does whenever she appears, it really started to hurt my ears towards the films end.

The plot isn't the most exciting but at least tries to deal with some realistic issues behind all the kooky ghost stuff. There is a feeble attempt to give the ghost some back story but this takes up only a few minutes of the film, like they pulled a reason for it existing out of a hat. The relationship between Rebecca and her unwell mum, and topics centering around neglect for Martin make it seem at time this Diana could almost just be a shared mass hysteria that the family have, after all it is never stated if the madness the mum has runs in the family or not, with Rebecca showing signs of having self harmed in the past this could well be the case.

The small cast are pretty hit and miss, it is a shame that Bateman falls into the child actor category of 'creepy kid', the method of acting being when the child acts like an adult rather than a realistic child. I found myself wishing that any one of the amazing actors of Stranger Things had gotten this role instead. The mother was ok, as was Rebecca and her boyfriend, the other actors all had such small roles that they left no impact whatsoever. In total this is quite a compact film, only a few locations, for the most part interiors, most the film taking place in the family home. There are a load of plot holes (such as how the death in the prologue was ever explained by anyone), while some parts are just needless, Rebecca gets trapped in a small room during day time where she gets attacked by the ghost, the room had curtains though so all she would have needed to do was open the damn things to get rid of her attacker! 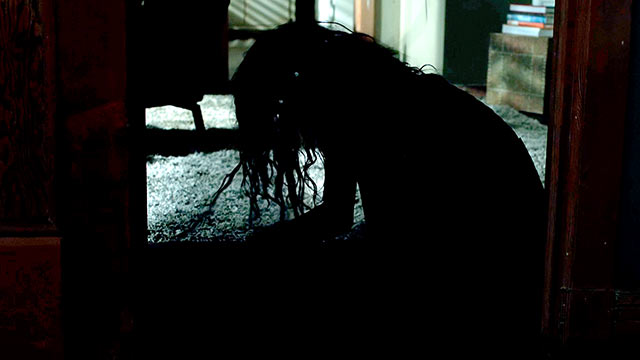 There are a couple of fine enough parts in Lights Out but overall this isn't something I would recommend, it is far too happy to play things safe and as such never manages to be scary aside from a few milliseconds. There are worse horrors for sure but there are also hundreds and hundreds of better ones out there that are not so generic.