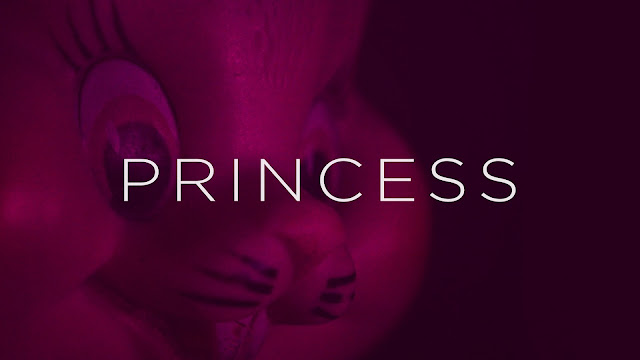 I first mentioned The Witching Season a few posts back, it is a free horror anthology web series that is available to watch on YouTube. The first episode titled Killer on the Loose was a homage to old slasher films, second episode Princess (written, edited, and directed by James Morris) is about a creepy doll.

A single mother and her young daughter move into a new house, later that day the girl hears a strange noise in the basement, investigating she discovers a creepy rabbit doll that she names Princess and decides to keep. Soon some pretty strange things start to happen which the mum puts down to her child acting up, but could it be the result of something far more horrifying?

I love that each episode of The Witching Season seems to be tackling a different horror genre, the creepy doll genre (for lack of a different word) is one that many people somehow struggle with, Annabelle and the tedious The Boy both failed to understand this genre, as did short film Silently Within Your Shadow. By them failing I mean that for those films events happen around a static doll, the doll itself doesn't directly do anything which is something I always hope for, what Princess does correctly is ignore those examples and actually have a doll that causes the evil itself.

Over seventeen minutes we get a well paced horror, I appreciated that it took over half the running time for things to escalate to a point where the doll is on the attack. The build up rather than boring was interesting, looking at the lack of discipline from the mum to her daughter creates some doubts over whether it is the girl that is the root cause for the issues.

The rabbit doll thing certainly looks the part, for me I felt it was a shame the horror was quite mooted, as soon it starts to get going it very abruptly gets resolved, it almost felt like a scene was missing, and left me momentarily confused. For me while Princess was well made (loved the first person parts from the perspective of the doll) the horror just wasn't there, things didn't get to a point where I felt at all afraid.

There's no excuse not to watch The Witching Season if you like horror, while I didn't think Princess was at all scary I still super appreciate the decision to have the doll actually move of its own volition, and it is quite well paced. Check it out below for yourself.