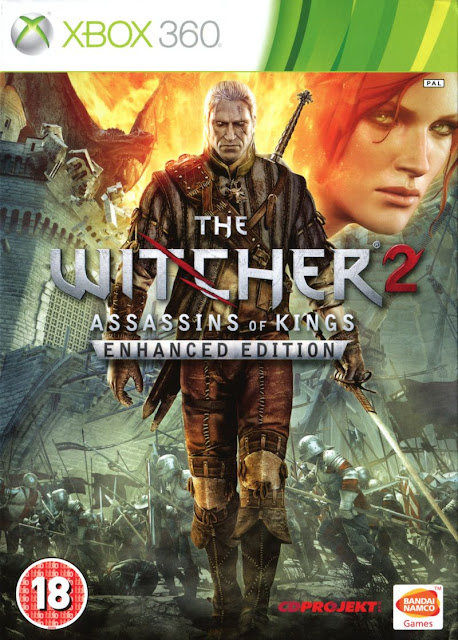 Once I had finished The Witcher I moved straight on to the sequel; The Witcher 2: Assassins of Kings and for me the difference was awe inspiring. I had played through the first game with an isometric overhead view so to suddenly be in third person was as much a leap to me as Super Mario Brothers was to Super Mario 64. There will be The Witcher spoilers as a warning.

The game starts with Witcher Geralt in a prison, suspected of assassinating King Foltest (who you saved from assassination in the ending of the first game). From your cell you recount the events that led up to the Kings death, it turns out it was an evil Witcher who had done the deed. With this prologue done you set out with Commander Vernon Roche and the sorceress Triss (your love interest) to find out the actual person responsible for the regicide, not only to bring him to justice, but to clear your name. 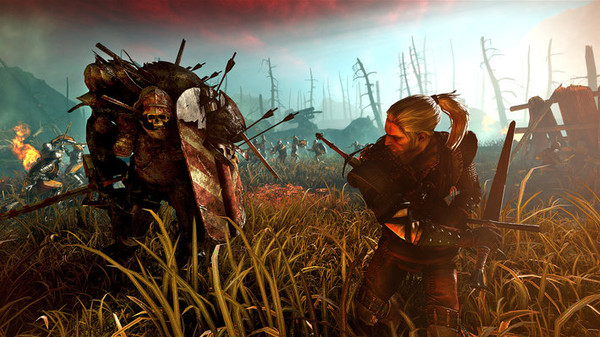 Compared to the first game this is a huge, huge improvement, for me the shift to third person made me feel like I was in an actual living environment, you are surrounded by the noises and conversations of the locales you visit, it all feels so authentic, right down to every single person you encounter having their own name. The prologue was really interesting in that you could choose in what order you completed it, it took place during an assault on a town under siege and was suitably epic. There is also an epilogue which for this game was really quite short, the main meat is three chapters (I had expected five but wasn't disappointed). Chapter one takes place in the corrupt town of Flotsam and it's surrounding woods, Chapter two took place around a battlefield, the choices you make with the story mean this second chapter is vastly different depending who you side with. In my case I sided with a camp of soldiers, but if I had instead chosen to align with the other side not only would I have seen totally new locations, but I would have had different quests to do. I think this was done to try and get people to replay the game but I had no interest in doing that. The final chapter takes place around an ancient Elven city and was another great area. These three chapters all have roughly the same style to them. You start the chapter and soon get a load of side quests to do and a key main story quest. Once these are done you move onwards, this was a fun way to play the game but I'm kind of glad it was just three chapters as it was quite formulaic.

Combat feels more action based and the enemy number has increased quite a bit. You again have both a silver sword for monsters and a steel sword for humans and animals, though this time hard and light attacks are mapped to the face buttons. Magic is far more useful and can be supplemented with bombs and traps (traps were pretty useless). The levelling system is pretty great, you get to choose what to sink points into, whether it be increasing the distance of your evasive roll, or making your magic more powerful. Potions can now only be drank from the meditation screen but on the plus side no longer do you have to find a damn fire place to advance time as that can be done from the meditation screen. Combat is all pretty fun for the most part and there are some really large boss battles, such as fighting a giant tentacled monster in the swamps, a dragon atop a tower, and a demonic looking creature made out of various cobbled together armour and shields. 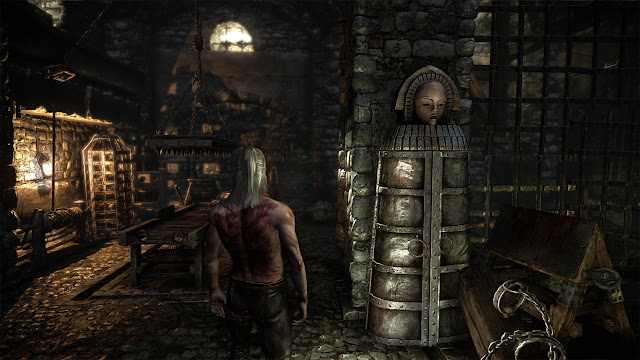 As before a lot of this game revolves around Game of Thrones level of politics and treachery, as such you do fight a lot of soldiers and bandits, especially towards the games end. To warrant this review existing though there are also more horror elements. An early side quest sees you exploring an abandoned mental asylum full of deadly wraiths, this was very survival horror like and actually gave me nightmares! The second chapter is all about removing a curse that an evil witch placed, part of this involves summoning the spirit of the witch, another big part sees you taking place in a perpetual ghost battle between two armies, various ghostly soldiers possess you as you do so. This was all so awesome. The quests and side quests in general are all a lot better than before, there was more plot in the prologue than the whole of The Witcher put together! On that note though there is a hell of a lot of standing around talking to people, I didn't mind that as it is balanced with fighting, but it might put some people off.

Plot wise this is quite an interesting game, there has been some complaints that the world shown here is a little too bleak but I thought it felt coherent and interesting. This is a place where Kings are arrogant and conceited, where self proclaimed freedom fighters are all too happy to kill innocents, and where your character; Geralt is distrusted and scorned where ever he travels. I liked that there were two main plots going on side by side; that of Geralt trying to capture the assassin of Kings and clear his name, as well as rescue Triss who spends a large chunk of the game kidnapped by persons unknown. It sets up the events of the third game with Geralt slowly recovering more of his memory and his interactions with the evil Wild Hunt. Side quests are entertaining and never black and white, as an example one had a ghost of a woman request I bring a soldier to her who she says had killed her and her family. I ended up doing just that, but then turns out the ghost was straight up lying and was actually just evil! 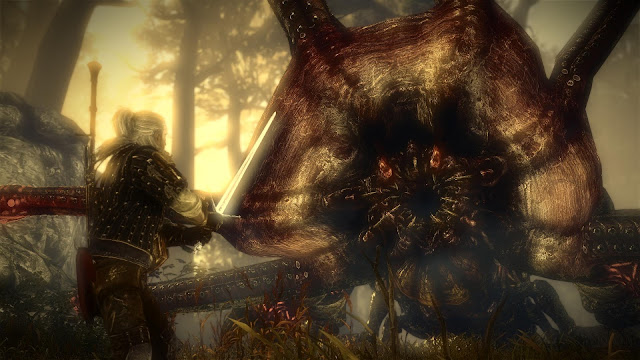 I loved this game, it was so entertaining and the world felt like such a real place. The improvements over the first game are endless, you can tell real thought had been put into how this was made. For me it felt a bit odd that so much of the game can only be seen on a second playthrough as I hardly ever replay RPGs. Also I found combat to be occasionally frustrating as you can get trapped by an enemies attacks and swiftly die without being able to counter or get away, while the few stealth sections were thankfully brief. With a story that felt suitably mature (covering such subjects as rape and deep politics), memorable characters, plenty of side quests, and a general sense of impacting the world around you The Witcher 2 is a game I heartily recommend, and would say it is essential to play if you have any interest at all in playing The Witcher 3: Wild Hunt.